Of course it was foreigners with a strong sense of in-group preference and religious zeal who did this. The Anglo revolution will take time to develop. For now, I say send in another wave.

LOL they have a CD of Advance Australia Fair playing, but they’re not Aussie. I’m not the only one who gets it: 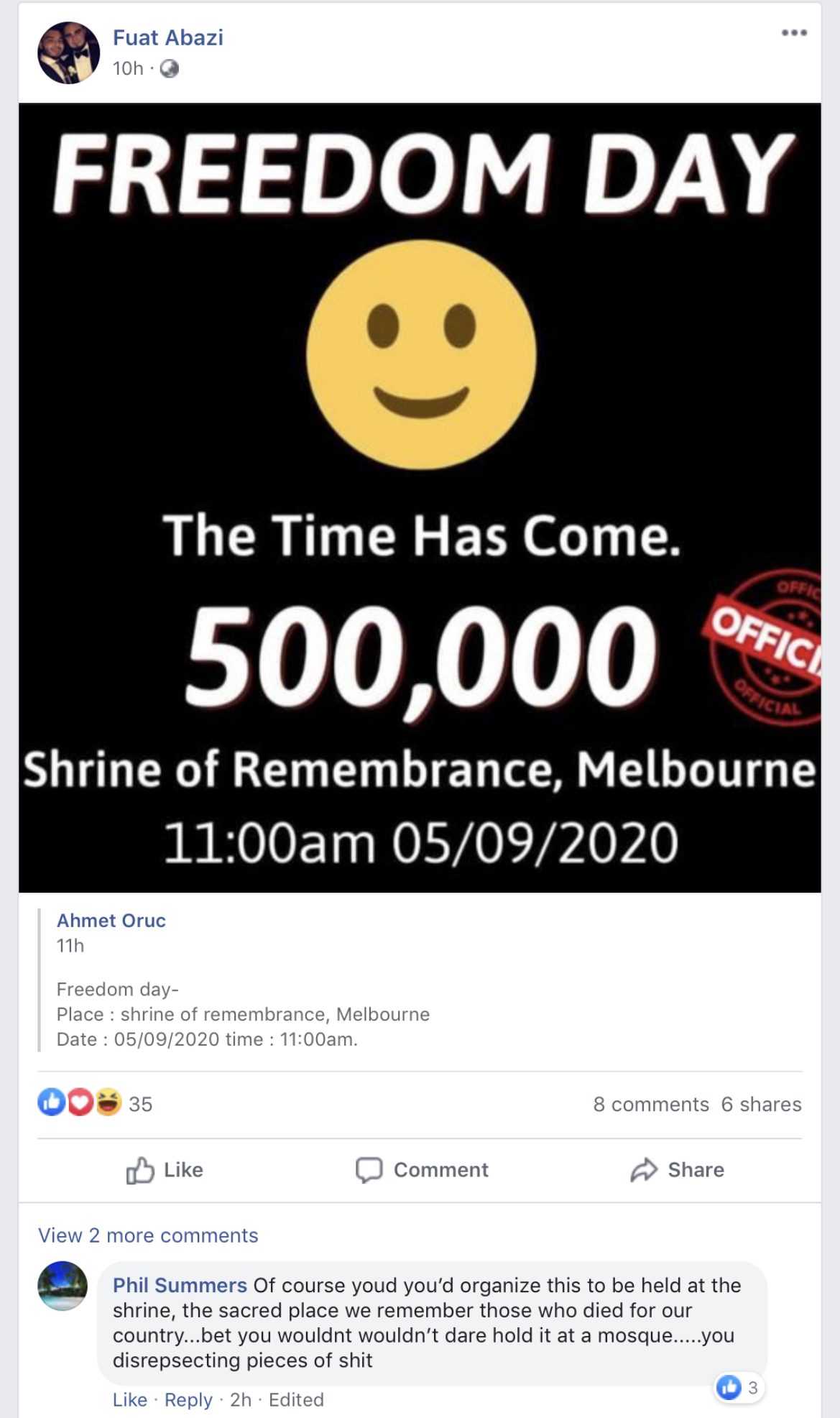 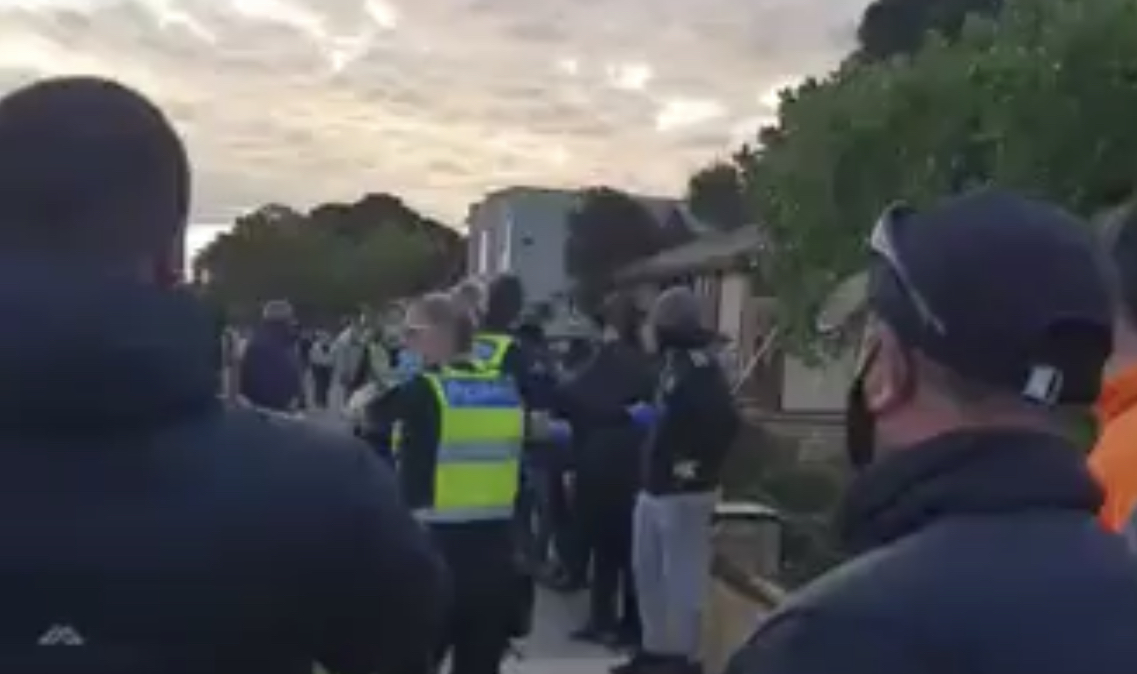 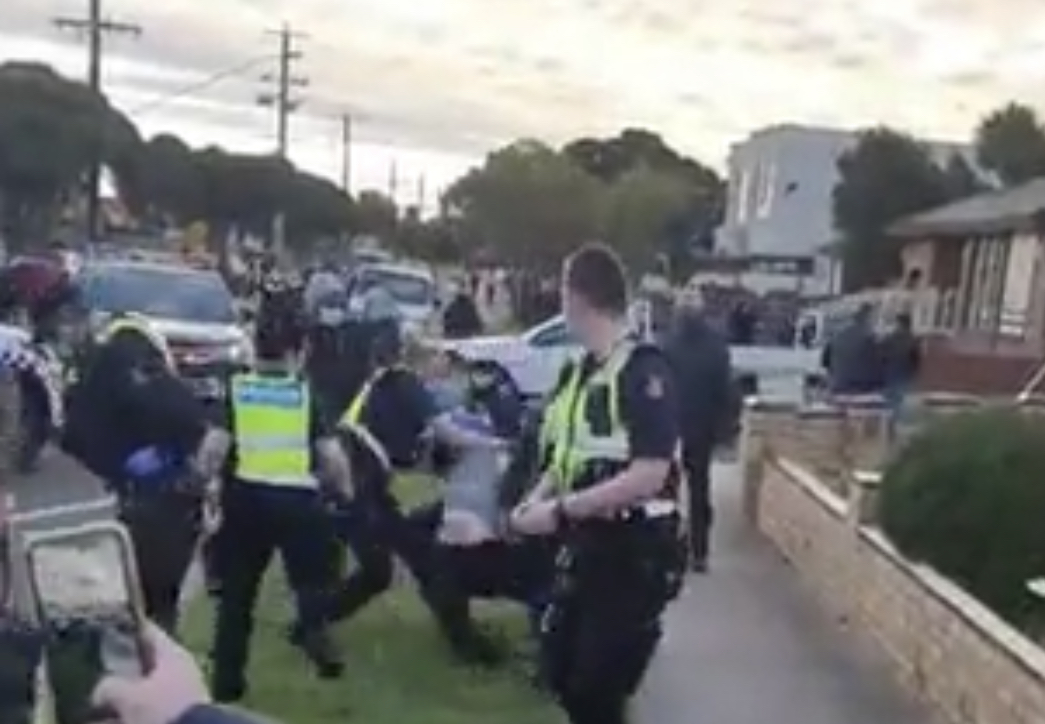 It’s like trying to pick a side between Ethiopia and Eritrea all over again.

Disgruntled Melburnians are continuing to taunt police by deliberately going on walks at the same time in a south eastern suburb.

Does anyone else find it odd that when you write “Melburnians” you have to drop the “o”. I think I remember being told this was a thing back in Primary School in the 80’s. I never would have imagined that it would become important when Melbourne became the dry run for the enslavement of the entire Anglosphere.

Dozens of people, including women, children and families, can be seen thumbing their noses at Stage Four lockdown laws in Dandenong in video posted to social media on Tuesday.

The latest video comes a day after a video of police busting up a group exercise session in the same suburb was posted online.

In that video, a man filmed an expletive-laden rant in which he described mask-wearing police officers as ‘Nazi dogs’ and accused them of cashing in on the pandemic.

In the latest video, filmed by a Dandenong local on Tuesday, police can be seen shadowing dozens of people as they walk along a busy street.

‘Let the Nazis do their work,’ someone is heard shouting as police cars appear around them.

Police officers can be seen marching down the middle of the road and shouting at the people to stay off the road.

‘You get off the f**king road,’ they respond.

‘Youse are looking for it. Youse are dogs.’

A man is heard commentating as he conducts his hour-long walk within the allowed 5km radius of his home.

‘People need to wake up. This is what we’re dealing with here,’ he says.

Residents can be heard booing police as they stop to question sections of the crowd.

One officer can be seen with his pepper spray in hand ready to use at any moment.

When questioned, the man hands over his identification and explains that he is simply going for his hour-long walk.

Most of the walkers appear to be wearing masks.

The policeman warns the man he will be fined if he saw him again later that day on another walk…..

The man in the video warned that Melburnians were fed up with the current police state of Victoria.

‘People are already starting to lose their minds,’ he says as he continues his walk.

The irony. You spend decades breaking down a people’s ethnic identity, morality and family values and convince an entire generation of Anglo women not to breed. You then start replacing them with people whom you have not yet put through this process of fragmentation, and they become one of the first groups to openly defy you when you implement your plan to slowly starve your excess, unnecessary population.

The Church of United Kingdom group which rallied at the Shrine of Remembrance brandished the red ensign flag. In doing so they demonstrated that they understood the symbolism that represents Real Australians and Real Australian rebellion.

It was easy enough though for the police to shut them down and for the media to cover for them. You merely have to label them ‘conspiracy theorists’, a ‘cult’ and imply the ‘white supremacist’ label. The group is neutralised, for now.

Contrast this with the coverage of so-called “black Lives Matter” “peaceful protests”, where the coronavirus displays the magical ability to distinguish the political affiliation of people gathering in large crowds. 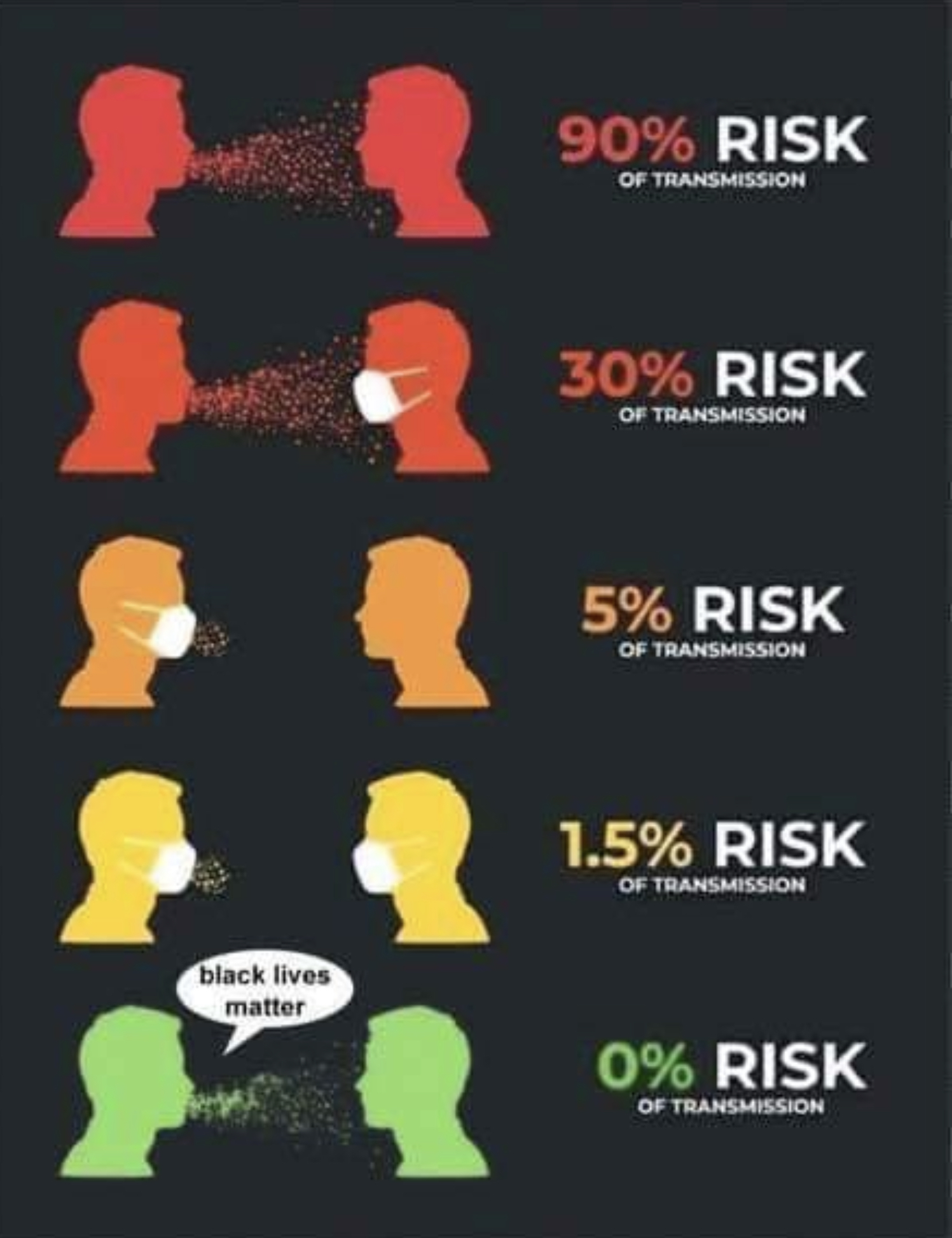 The media can get away with this because it aligns with the double standard they consistently apply:

Only white supremacists oppose coronavirus lockdowns, because they want to be able to vote for white supremacist Donald Trump in a free and fair election. That is literally the reasoning the media presents us. It is hilarious.

But here are a bunch of muslims in Australia protesting not for “black Lives Matter” but against the lockdown. Suddenly the police state optics are all wrong. You can choke and dry rape a little girl in the middle of the street in broad daylight, but you can’t do that to minorities. What’s the media going to do? Call them “Karims”? That would be “racist”.

The Victorian government is going to find areas of Melbourne increasingly difficult to govern. Will they implement anti-association laws, limiting the number of people who can coincidentally go for a walk in the park at the same time? You know what happens when you try to label muslims a cult..

We are witnessing a new stage in the fragmentation of Australia’s multiethnic cities, where different ethnic and religious groups stake out their territory. No Go Zones are coming to Melbourne.

It provides a model for how Australians, Real Australians, can quietly go about staking out our own territory. These muslims all live within a small radius of each other. They share the same religion, the fathers likely work together, the mothers likely have developed a strong support network for each other and their kids likely go to the same schools. They are a community.

We can do the same.

In the meantime, my instinct is to focus on building our community quietly. When muslims are wrangling with police, a well worn trope comes to mind.

In the summer of 1944, the Soviets gave the Polish resistance of Warsaw the impression that if they rose up against the Germans they would be given assistance. The Red Army then sat on the outskirts of Warsaw as the Germans and Poles battled it out for 63 days. The Warsaw Uprising was quashed, the Germans destroyed the city in retaliation and the Communists got to conveniently look like the good guys as the two other armies exhausted each other.