Women shouldn’t be allowed on social media, they should refrain from discussing politics, and should focus on supporting their husbands and nurturing his children. They should also dress modestly. 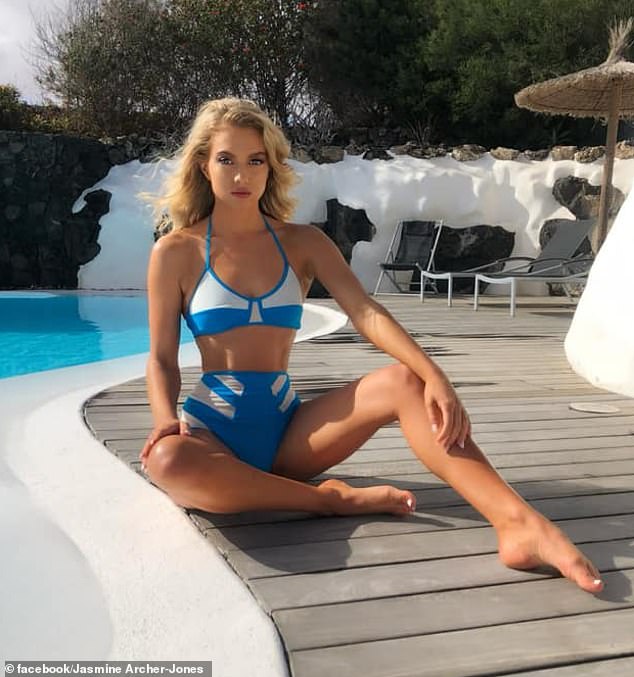 Hot chicks are clickbait, so let’s go with this.

The US talent boss boyfriend of the Miss Swimsuit UK stripped of her crown after posting an anti Black Lives Matter rant has himself declared that white privilege is a ‘leftist lie’ in a series of his own outbursts following George Floyd’s murder, MailOnline can reveal today.

Jasmine Archer-Jones, 23, from Chester, who moved to Texas shortly after winning the title last year, took to Facebook to share her view that Mr Floyd may not have been innocent and that ‘ALL lives matter’.

Both statements true. Although it is perfectly natural and good for people to care more about people of their own nation than another. Also, notice the “moved to Texas”. It is the first of many anti-white dogwhistles in this article.

Based in Houston, Texas, Mr Markey, who spent some of his childhood in South Africa, is believed to be a Donald Trump supporting separated father-of-two who shares his girlfriend’s views on the Black Lives Matter movement.

They crammed five dogwhistles in that sentence. Post in the comments if you can find them.

Last month he posted a photograph of white BLM protesters with the caption: ‘White guilt is real, white privilege is a leftist lie’ and declared: ‘Couldn’t have said it better myself’. 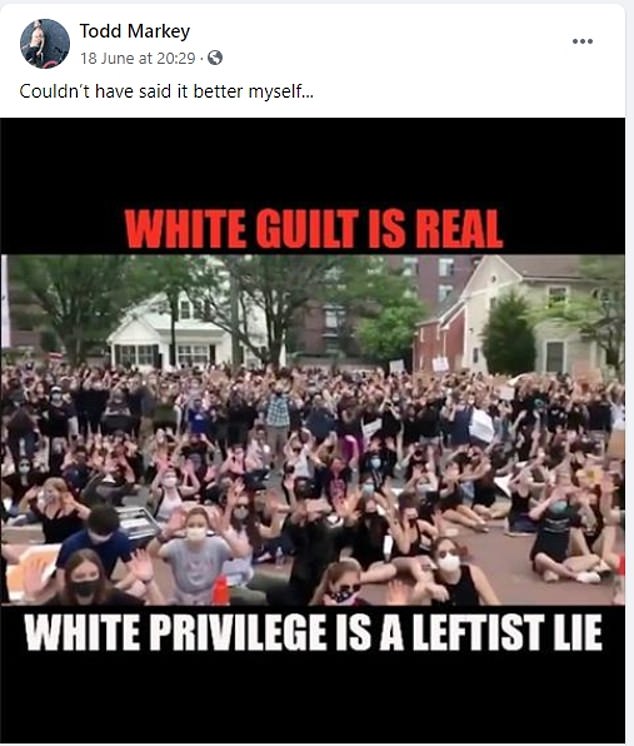 Miss Archer-Jones made her controversial post on June 3 relating to the wave of protests sweeping the globe.

Intriguingly, the Daily Mail places the following screenshot towards the end of their article: 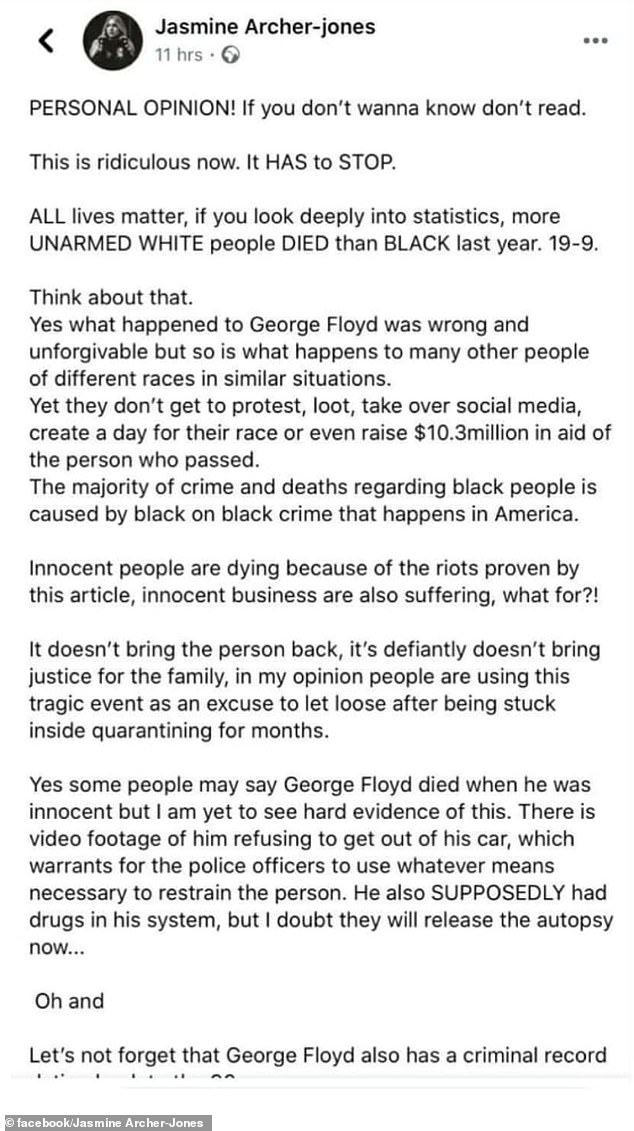 All of the claims made here are true, although she needed to spellcheck “defiantly”. I see that mistake a lot.

This Daily Mail article uses all the standard tactics of framing what the evil right wing white people have said for the low information normie audience, then presenting their so-called “rants” once the reader has been sufficiently prepped for viewing material that challenges the narrative. They even doxxed the workplaces of Jasmine’s parents. Naturally, her own employer has cucked:

A source told The Sun that Jasmine had ‘tried to sweep it [the post] under the carpet.

The source added that Miss Swimsuit UK quickly disassociated with Miss Archer-Jones as they support the Black Lives Matter campaign.

Communism and capitalism are merely opposite sides of the same globalist coin.

This could all work out for the best now, though.  Jasmine can stop parading herself around for all the men, marry and have lots of white babies.