Video appears to show the moment a rioter in Austin, Texas was shot.

BREAKING: Protestor Shot in Austin By Someone Driving Through Crowd, ‘Appears to Be Fatal’ (VIDEO) https://t.co/cBn0dRsGJM pic.twitter.com/2FrXYyWUx0

A witness claims someone got out of a car and shot somebody she knows.

Witness explains what she saw: pic.twitter.com/DfkpqPTFk0

All of this is entirely predictable. Unarmed people have regularly been set upon by far left and anti-white protestors for a couple of months now.

And another video of Black on White hate crime attacks in the world! This one is from the #US of a mob assaulting and beating the crap out of white people.

Blacks commit more hate crimes and assaults to white people, then white people do to black people, that is just a fact… pic.twitter.com/CfACGEmVew

People have been dragged out of cars and beaten by rioters.

Tellingly, if you try to google this, Google floods you with stories of people driving their cars into rioters, ie, the fact that they are getting mobbed and beaten is because they deserve it.  Do not attempt to oppose globohomo-approved rioters. 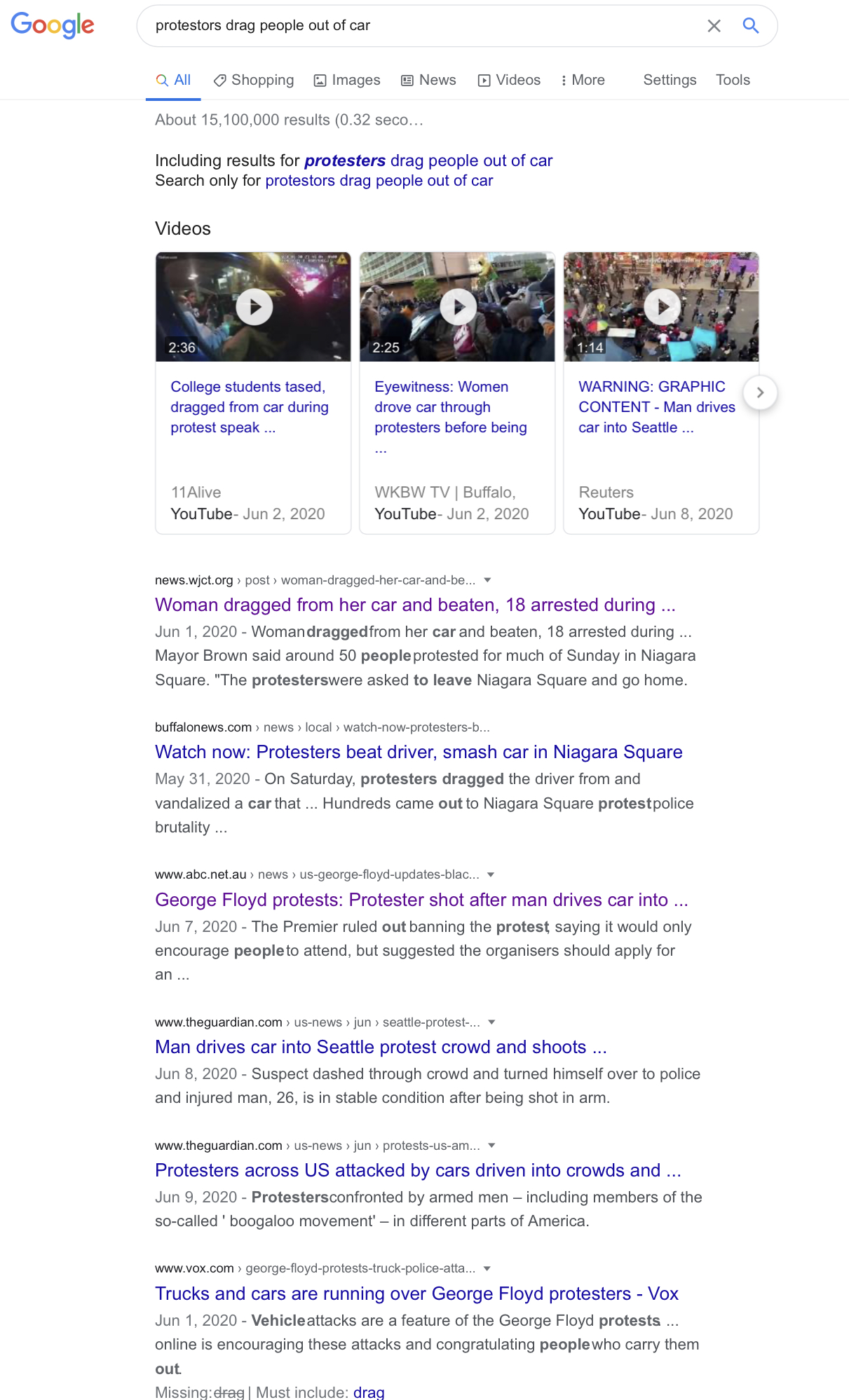 And America is a country where a lot of people have a lot of guns. Every major city where these riots are occurring is now a flash point for the escalation in the inevitable civil war which has been fomented by the Rothschilds and their minions.

It appears the “protestor” who was shot dead was armed.

“Foster was carrying a rifle, according to one witness. He approached the vehicle and was shot by the driver. The driver then drove away, witnesses said.”

Also, it’s telling how SBS choose to frame the story, and also that they actually consider it noteworthy, a contrast to other Anglos who have been killed at protests but generally ignored. 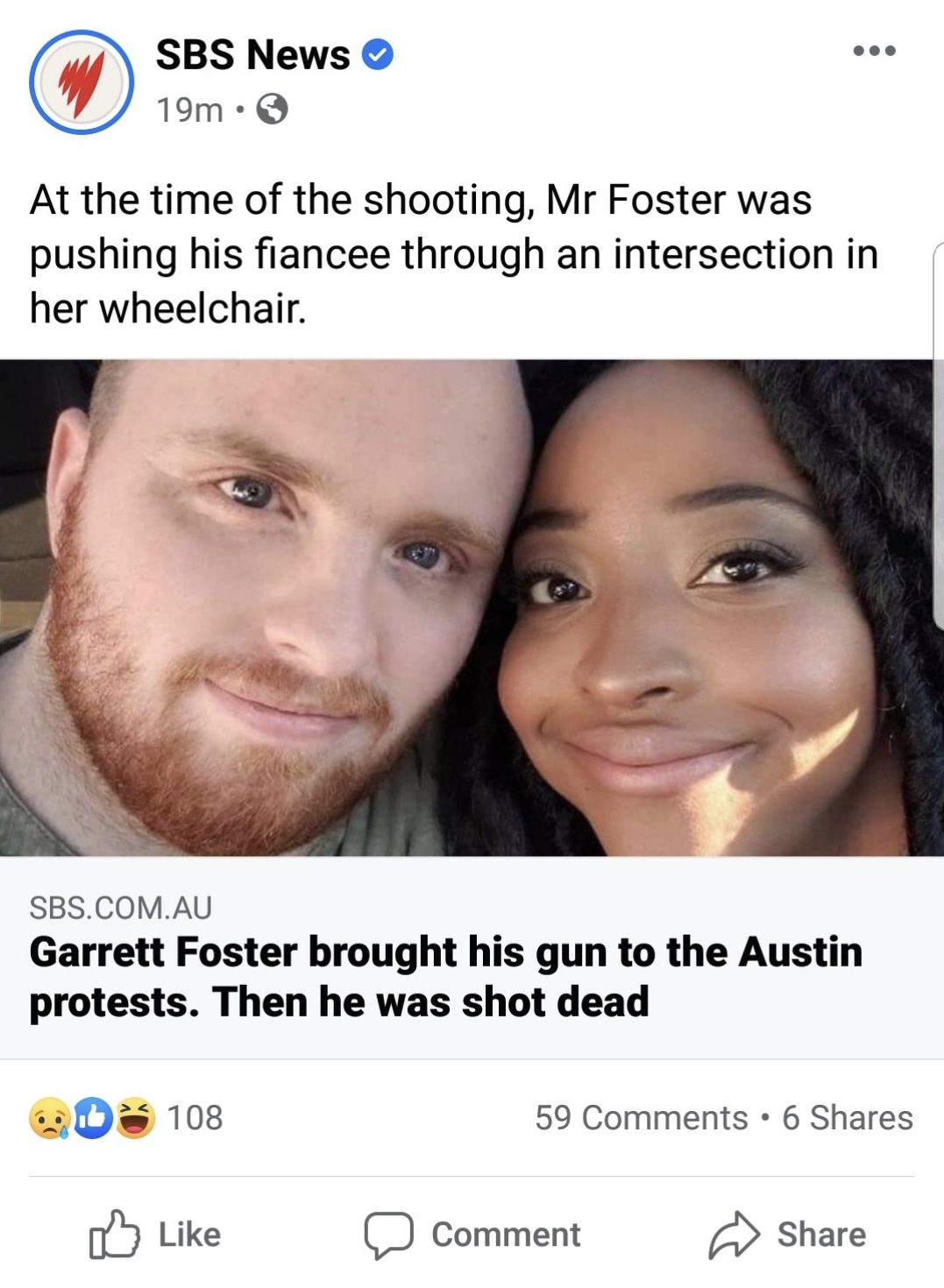