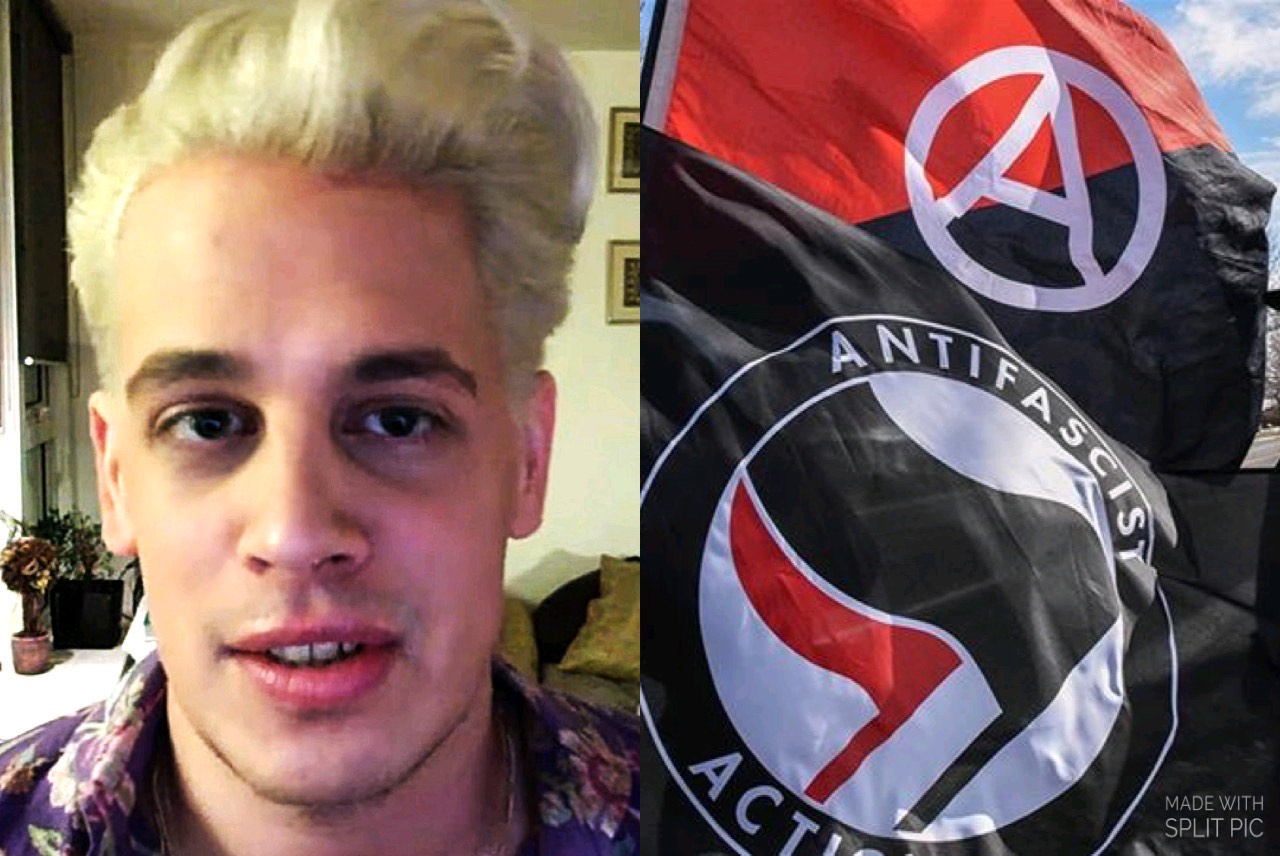 Last night I came across a small thread on Gab concerning Milo Yiannopoulos. It seems that court documents in the Charlottesville case reveal that Milo has apparently been giving information to Antifa. The full court document is here. Milo’s defenders have declared that this is simply an elaborate troll on his part against the FBI. So who to believe: is he one of us or one of them?

And more importantly, who is them?

Let’s take a step back. Every day the world seems to be moving towards a precipice. By world I mean our nations. At this time, there are some parts of the world that are completely unaffected by what is going on. Those nations go about their business without a care for the rioting thugs of BLM or the malevolent dregs of the rainbow flag movement. But our nations are under the hammer. Who is behind all of this? Who has orchestrated the turn of events that are now culminating in complete chaos?

The prince of lies, of course.

Our greatest enemy is lies. The lies that you tell yourself give you over to weakness. But the lies that you believe and emotionally invest in are often times worse. Some lies are big and to some of us they seem obvious. The global warming scam is a good example of this. But that very big and obvious lie is completely believed by the majority of the people in our nations.

But congratulations to you. You didn’t fall for that big lie. Nor for the lie that homosexuality is all about love. We know that it is about fear. So many obvious lies abound. But is that the only tactic of the enemy? Or does he reserve more tricky mendacious means for those of us who are not so easily swayed?

The most effective lies are those in which you are emotionally invested. And the very best lies have a veneer of truth, a hard candy surrounding the obscene center. But make no mistake; the bright candy cannot remain untainted by that which it encompasses. One of the very best examples of that in the recent past has been Jordan Peterson. This meth addicted monkey who rants and raves and claws at the sky was believed by many of you to be the genuine article. The prince of lies has a sense of humor. He needs a good joke to get him going in the morning.

This is what Miles Mathris says of Peterson:

“Don’t get any of your cues from the mainstream, pro or con. Everyone they sell you on both sides of every fake argument is a charlatan and cloaked agent, whose job is to keep you off the whole truth at all costs. They will lead with a few truths, as Peterson does, before diverting you back out into the bushes. Learn to notice how they do this: while talking sensibly about one subject close to your heart, they will subtly insert an unrelated subject, confirming its validity simply by mentioning it.”

Those first few truths that they lead with are always very very carefully chosen because they provide the emotional hook that keeps you attached even through the most outrageous bullshit that follows. And none of us are completely immune to it. What counts is how quickly you are able to catch on.

Back to Milo. Is he one of them or one of us? This is actually quite easily answered. First, the fact that he got very big, very quickly, is your first clear indication that he is one of them. The only people that get big these days are controlled. Either they are on their side, or they are pretending to be on our side.

The enemy is rat cunning, so if they’re pretending then they’re going to make it look good. So they’ll stick protesters outside their meetings; they’ll get them banned from various web pages; they will be slandered in the press under direct instructions; it’s all part of the show.

You’re part of the show.

But the clue is in how much coverage they receive. All coverage, good or bad, is provided by the enemy for a specific reason. If they really don’t like someone then they are memory holed. They are attacked constantly while receiving no air time whatsoever, unless the goal is for the final kill.

Look at this social media platform that has suddenly sprung up out of nowhere, with hundreds of thousands or “our guys” joining it, and the usual “celebrities” to give it the veneer of the Real Thing. It’s not the real thing; it’s a giant control.

But back to Milo. The second way to tell if someone is working for the prince of lies is to simply watch what they do. As always, words count for naught. It is actions that count.

Milo is a Jewish, homosexual pervert, married to a black man. Please. A few years ago I watched one of his US college speeches where he was carried into the auditorium on a throne by four mostly naked muscular men. But hey, he says the right things, yeah? And he’s gay so he must be awesome to have on our side!

Like I said; the prince of lies has a sense of humor. It’s not enough that you fall for his lies, No, you have to be humiliated while you do so.

Adam will be speaking at The XYZ Conference tonight, Thursday July 2 between 8pm and 10pm AEST.  The Conference will stream on The XYZ YouTube channel. Below is the direct link.