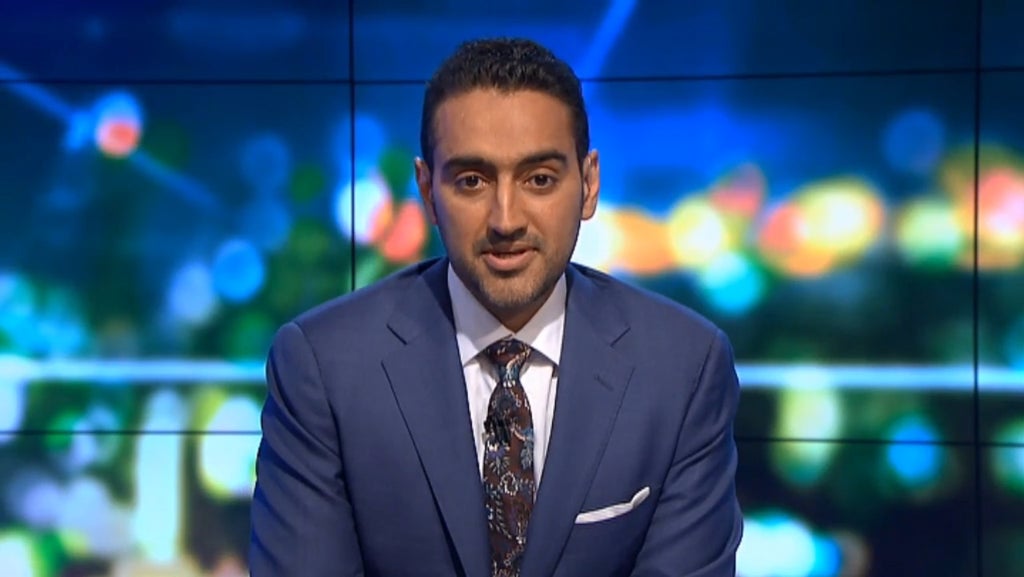 Project panellist Waleed Aly has applauded the assault of a white teenage girl at Southern Cross Train Station in Melbourne earlier in the week, lauding the attack as a ‘stunning and brave assault on white privilege.’

In a 15-minute lecture on The Project last night that some critics have claimed was ‘Waleed at his patronising, race-baiting best,’ Aly had to hold back tears several times as he narrated the gang’s ‘struggle against systemic oppression.’

“I’ve been doing my best all these past, painstaking few weeks to trigger an unnecessary race war and it’s times like this where you look at yourself in the mirror and think it was all worth it. All that rhetoric, all that condescension, victimhood and divisive neurolinguistics bore fruit.

“The beauty of seeing an unarmed white teenaged girl minding her own business on a train seat being bullied and assaulted by a gang of imported beautiful women of colour that now call Australia home, just overwhelms me.”

“It shows we can all fight back against the scourge of white privilege and that multiculturalism does indeed make us stronger and more united.”

Aly also further supported indigenous comedian Ernie Dingo, who was involved in an alleged racial confrontation in WA at the weekend.

“Ernie resorting instantly to violence over a few words, and assaulting someone with an alleged learning disability took tremendous courage. His legacy isn’t just blessing us with his condescending ‘Welcome to Country’ ceremonies we see at every major sporting and cultural event to re-enforce white guilt on the collective consciousness – it’s using violence to fight racism while decrying others using violence.”

Fellow Project panellist Lisa Wilkinson had nothing but praise for her co-star, stating at the end of the monologue “that will win you another Logie for sure.”