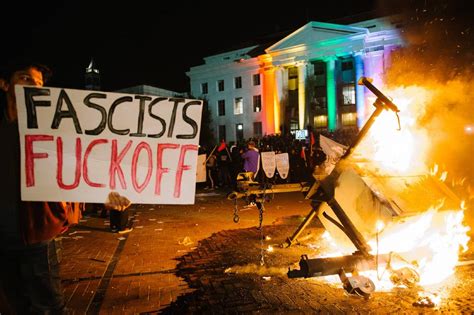 Liberalism is the political philosophy that controls all of our life. In 2020 it is undergoing a bit of a crisis, nearly all of it self inflicted.

It massively overreacted to Covid-19. Now, some caution was justified, we had a brand new disease and its effects were unknown. It is clear now that it was not a repeat of the Spanish Flu and that while some people do need protection from it, most people who get it are quite fine. That wasn’t known a few months back. But the way governments around the world have reacted to it is quite revealing.

We found out that science and medicine are not as rigorous as we had all hoped. Instead they accepted the worst case scenario very early on and despite any new evidence continued on with their first plan. We are really at a stage where science, one of Liberalism’s greatest achievements, is starting to produce diminishing returns. It looks to be taking medicine along with it. Now as I have already said, caution was justified, maybe the lockdown, as it has come to be called, had some merit. But as it became clear that this was not as deadly as at first thought that should have ended. Instead it has continued, even today most of the rules put in place to deal with a mass death event are still in place. Even though it is clear that no mass death event has happened or is going to happen.

Global Warming/Climate Change has already dealt a blow to the prestige of science, this new panic has done nothing to help. Science thinks that it is immune and that it has nothing to do with politics. That is not true at all, it has picked sides and people have noticed, this is heading in a very bad direction.

The lockdown has also revealed that while people have largely obeyed the government’s directives, that goodwill cannot be relied upon forever. People’s goodwill are starting to run out. For most people the lockdown has been good, they have had time to relax, to get away from the rat race. Driving has been a pleasure, even going for a walk and having the entire time to yourself has been a benefit. The best benefit has been people being able to reconnect with their immediate family.

For others the benefits have been few and far between, for the sick and elderly this period has been a very hard time. For social people and for those living in small places it has also been hard. Financially it has affected people quite differently, some people have had their lives destroyed by the lockdown. Others are, due to the generosity of the government, doing quite well. In Australia the government doubled the unemployment benefit overnight, after arguing for 20 years that it was economically irresponsible to increase it at all apart from matching inflation. In fact it was so generous that it had to bring in a second payment for those people with jobs, as people were leaving their jobs to get the more generous benefit. This has been repeated in one way or another all over the West.

Most people have not felt the effects of the Recession yet, today both Australia and Victoria are officially in recession. The government has gone into even further massive debt, or should I say that the taxpayer has gone into further massive debt. Any illusion that the debt would be paid off can I think officially be discarded. People have been made more dependent upon the government and it in turn has become more unstable. Bad times are coming.

While most stores are closed, some that are open have begun to run out of supplies. Not food, but things that have a long supply chain. In other words items that come from China are getting harder to get. In the short term that’s very bad. As we have all found out, 95% of our medicines come from China. Not just our pots and pans and plastic junk, but even things that are required to keep people alive and healthy. The global economy has been exposed to the full light of day and we have not been happy with what we have seen. What is now the future of Globalization?

At best it is tarnished, at worst it may lead to war with China. That’s how serious the Covid-19 panic has been. It has exposed all of the warts that exist in the West’s relations with China. Liberalism tried with all its heart to convert China into a Liberal state. It gave away its factories, its power, the future of its own people so that China would see the benefit of becoming more like us. It was seen as this great prize, it would lead to a more peaceful world as Liberal states do not fight other Liberal states. Now all of those dreams lie in tatters, it has cost us, our countries and us individually, and all it has lead to is more hostility, it has failed at every turn.

Now we have the riots in America and they seem to be spreading to other countries. The lockdown it seems has had a price. Certainly it had another trigger and it is now couched in terms of anti-racism and stopping police brutality against black men, but it seems to me to be more than coincidence that at the first chance that comes along it has lead to riots and civil disturbance.

Here there are three problems that Liberalism has given itself:

These riots will end as the rioters will run out of steam, riots end one of two ways. Either they are violently suppressed or they peter out as the rioters lose their enthusiasm and there is less and less to loot or burn. But when that happens Liberalism is still left with trying to find answers to the three problems that it has created for itself.

Seeing police and even military bending the knee to rioters shows that there is currently no answer to law and order. It is being lost. President Trump or Prime Minister Johnson are not law and order men, no matter how much they talk about it. The Mayors and governors are also not capable of restoring law and order. This matters more in the long term than the short term. As I said the riots will whither away, but their legacy will not. The biggest legacy is that it was allowed to happen and that no one put a stop to it. The rioters ruled the roost, not Liberalism, it failed and it also claimed that its failure was the only moral thing to do.

I fear that when Liberalism stumbles we will not be able to take advantage. I’m not saying that we can take over, but we can put ourselves into a position were we are seen as a viable option. Someone who has part of the answer is better than someone who states that having no answers is the only moral option. But unless we organise then we will once again have missed our chance. Liberalism has entered its own room of mirrors, it doesn’t know which way to turn. We did not create this situation, it did it to itself. Next time I’d like us to have been part of their problem.