Over in America they are about to create over 500,000 jobs within a year. Mull over that for a time. Over half a million jobs will suddenly open up. Due to the coronavirus shutdowns, something like 30 million people have become unemployed. This is an unprecedented number. How has Trump achieved this?

All working visas were cut. It’s the biggest immigration reform since the 1960s. America has dozens of different visas that allow big business to undercut local labour in many different ways. Almost every single one was cut, and therefore those jobs which would have never even been offered to Americans will now be open to them exclusively. It makes one wish our government would grow a pair and do the same thing, considering we offer almost the same amount of visas despite being a tenth of the population of America. It seems like a no-brainer. But how can we ready ourselves to convince others that we should be doing the same?

Firstly, these types of visas are something Australians are familiar with because our system works almost exactly the same way. You probably know many people who couldn’t get a job on the mines, as a nurse, a taxi driver, or picking veggies. But when you look at who is getting the job in their place, it’s obvious what’s happened. The visas not only preference cheap foreign labour, 19th century goldrush style, but they also allow the foreign workers to bring their families and pursue a path to citizenship. A lot of people see this and think it’s not a problem – “Well if they work hard then why not bring them in? They can help contribute to our country.” Here is the problem with that sort of thinking.

When migrants are taking jobs that run the gamut of gardener to IT professional, that argument doesn’t work.

When globalism shits the bed and creates a pandemic which leaves millions unemployed, that argument doesn’t work.

When we erase 100 years of fighting for the working man and instead go back to importing coolies and kanakas, that argument doesn’t work.

Secondly, the free movement of cheap labour is the modern day equivalent of blackbirding. Here is the definition:

“Blackbirding involves the coercion of people through deception or kidnapping to work as unpaid or poorly paid labourers in countries distant to their native land.”

Apart from the kidnapping bit, that should be eerily familiar to us today. When an Indian IT worker sees a job pop up in Australia he thinks it’s an amazing opportunity, he can get paid a king’s ransom, live near a beautiful clean beach, make friends with laidback good looking people, send loads of money back home to help his family, and eventually bring some of them over. What is the reality he finds? Most of his wage goes to taxes and living expenses. The beaches are 50kms away from the only house he can afford, and packed with tourists. All the laidback good looking people are hard to actually find, in fact most of the people he sees are foreigners too. All that money he wanted to send back to his family doesn’t exist because he’s paying an extortionate rent or mortgage. He was deceived.

All of this is done to prop up some fatcats running insurance, real estate, and big corporations. Ordinary Aussies don’t benefit from it. Just like blackbirding was used to fill the pockets of a few plantation owners or budding industry magnates. The topic is being talked about again because of the Black Lives Matter astroturf movement, so everyone wants a reason to hate white people. Here they are calling blackbirding the Australian equivalent of slavery. The case is much harder to make than slavery in the Southern US, as it was limited to perhaps a few dozen who were responsible for it. Nobody except the fatcats liked it, and ordinary Australians rioted against it. It is part of the reason for the bushranger phenomenon, as Ned Kelly stated in his letter to Henry Parkes.

“Now Sir Henry I tell you that highway robbery is only in its infancy for the white population is been driven out of the labour market by an inundation of mongolians and when the white man is driven to desperation there will be desperate times.”

You know what Parkes went on to do in 1901? Yeah, I think you know. Another funny thing is that blackbirding started in perhaps the 1840s and continued for about 60 years until it was finally completely abolished. Then the poor buggers were sent back home. Yes, even after they’d lived here for nearly three generations. 60 years. That goes for today as well. Don’t let anyone tell you that they’re just as Aussie as you because their parents were born here. No, their parents were imported labour. We are at war with the globalists and they are busily working to replace us with cheap, clueless foreigners. 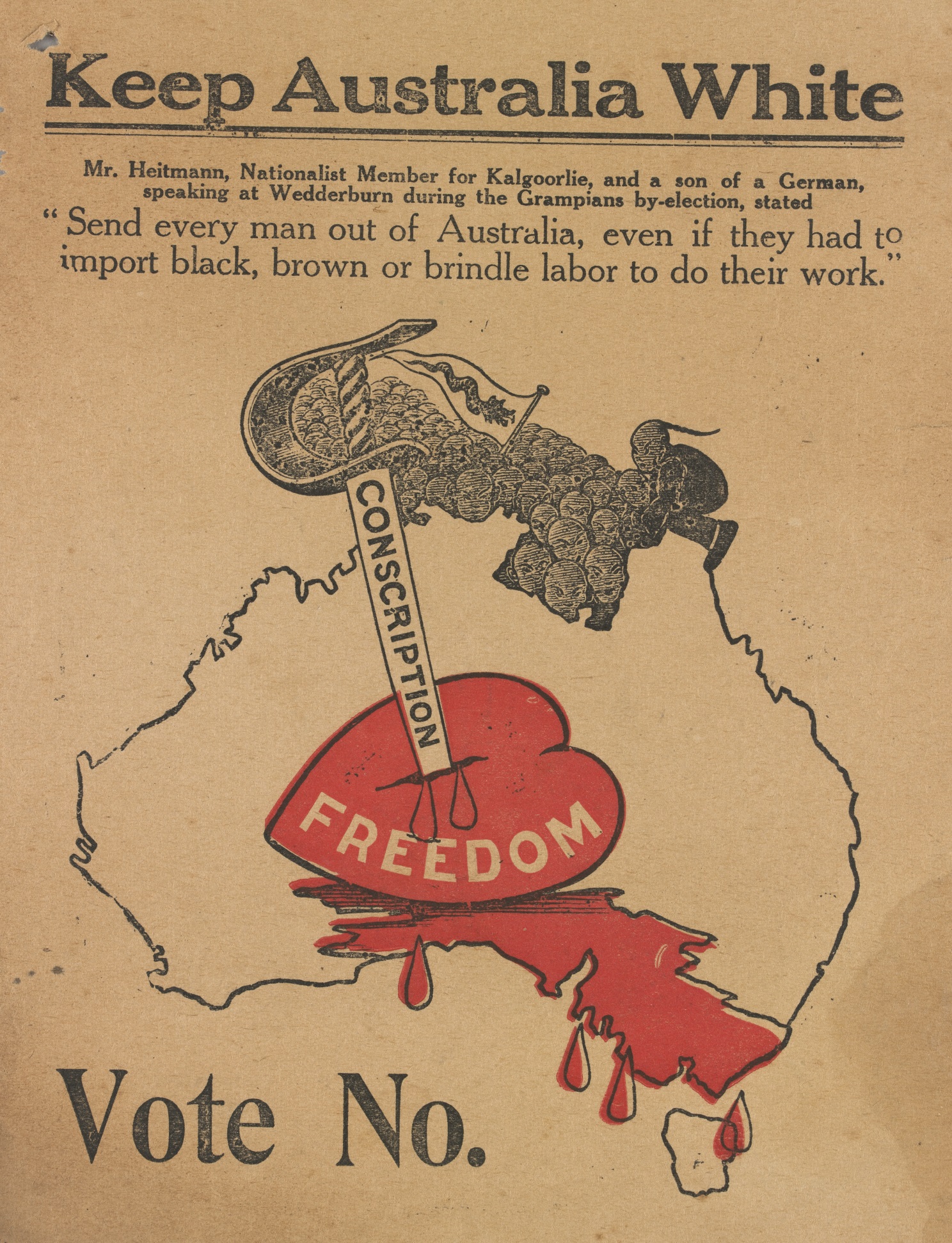 Strange, it’s almost like this record has been played before…

“We intend to keep this country white and not allow its people to be faced with the problems that at present are practically insoluble in many parts of the world.”

In summary, it’s really simple. Cut immigration, create jobs, and send back the foreign workers. Sometimes you have to be tough to be kind. Otherwise in 100 years time their descendants will be condemning our descendants for the exploitation of 21st century globalism, which none of us ever wanted.