That thing I said would happen is happening: 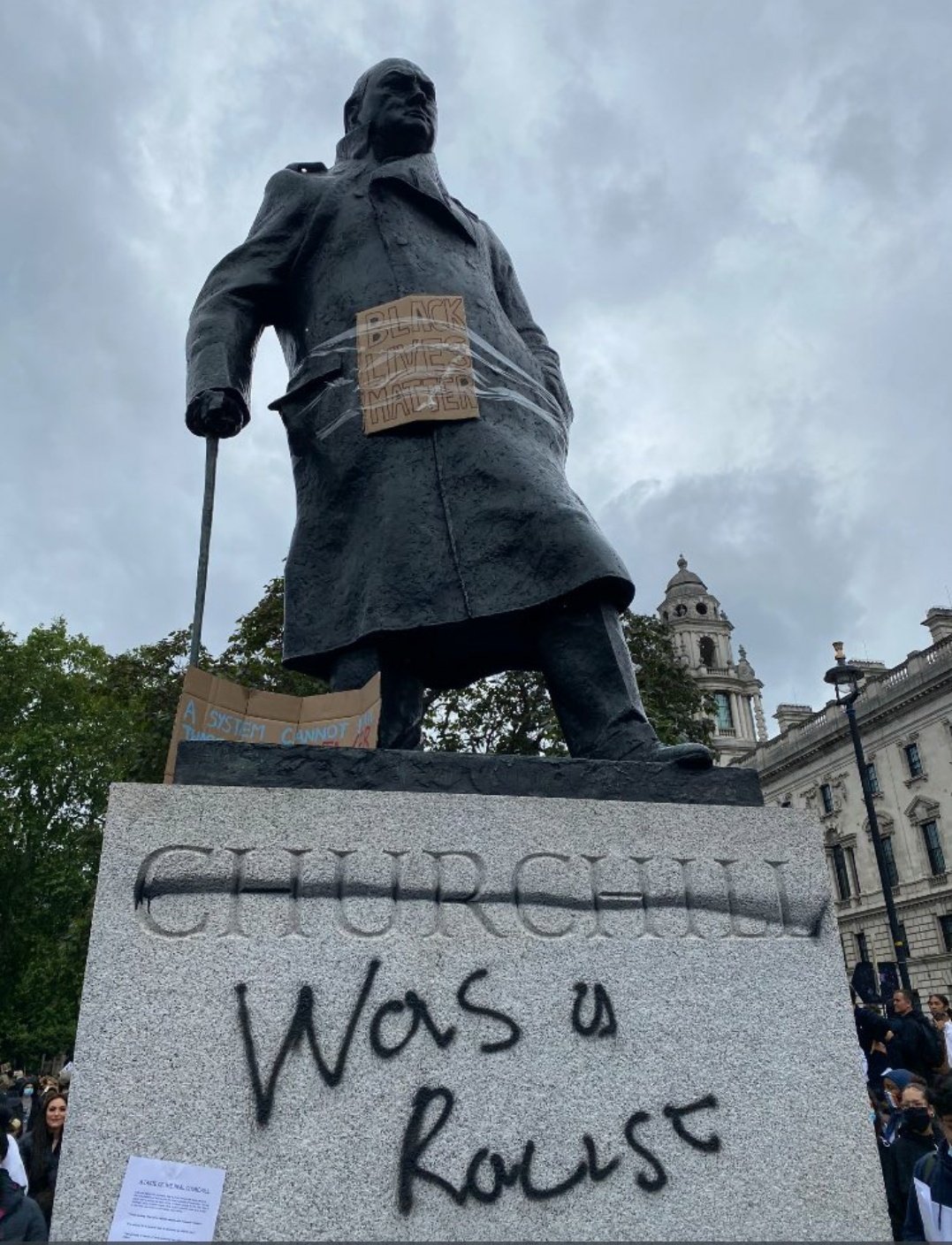 Black Lives Matter protesters have defaced a central London statue of Winston Churchill, branding him “racist’’, while in Bristol a stature of a 17th century slave trader Edward Colston was dumped in the harbour.

Large demonstrations sprung up across Britain on Sunday following the death of 48-year-old George Floyd in Minneapolis.

The defacing of the Churchill statue in parliament Square came when police were seen close to the statue monitoring the situation and Black Lives Matter protesters began chanting “Churchill was a racist’’.

So upstanding members of the public defend Churchill’s statue, but are moved on by the police under chants of ‘Racist scum!’

Then the statue is defaced.

Mid-afternoon on Sunday demonstrators then sprayed across Churchill’s name and replaced it with “was a racist”.

However, some other protesters tried to stop further damage to the statue.

The protester actions have sparked anger about vandalism of a political war hero and how the police allowed the statue to be defaced for the second day in succession. The Churchill statue was also painted on Saturday with green graffiti, ironically on the 76th anniversary of D-Day.

Back in 2015 when I was still a normie conservative, I predicted this process. 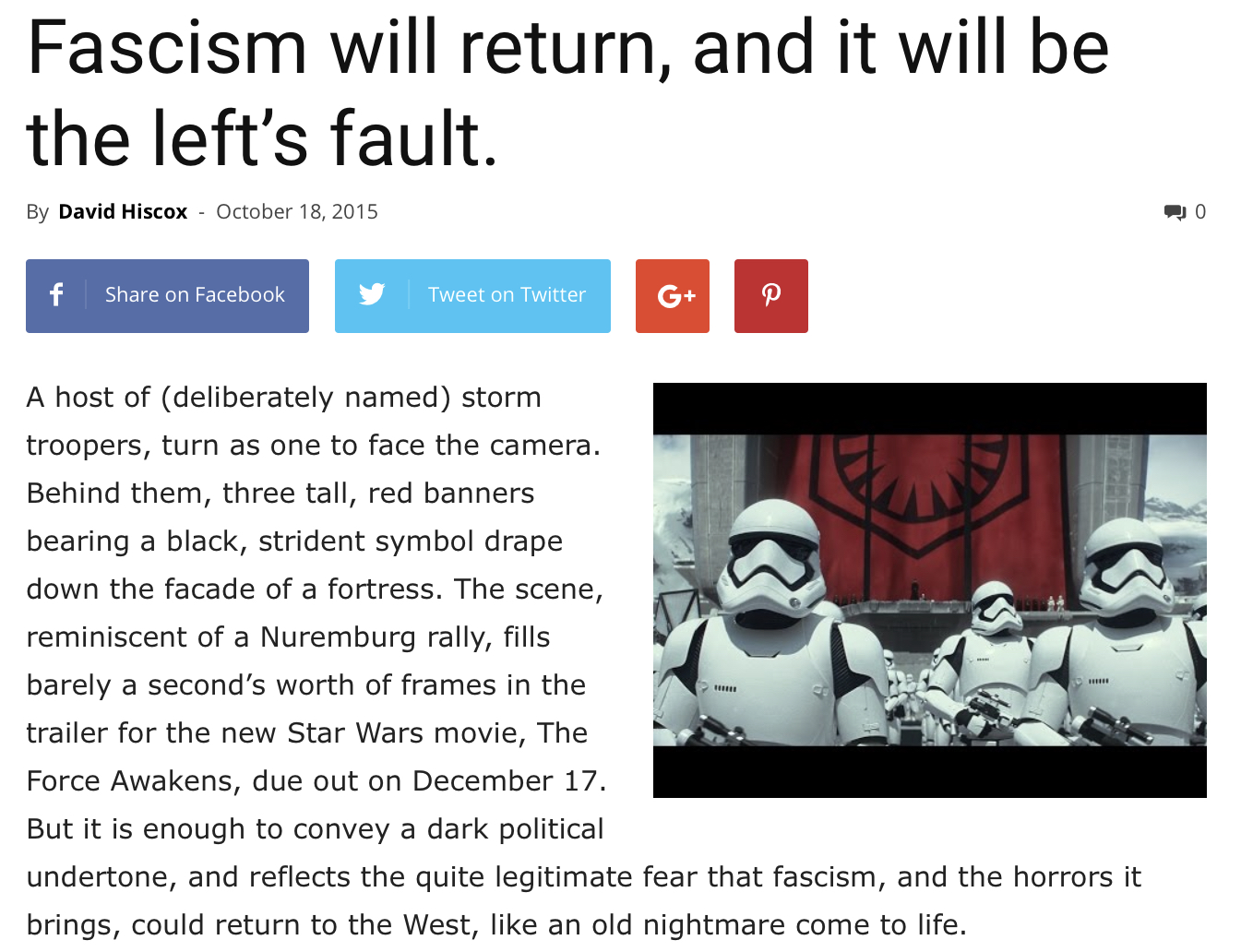 I made the case that fascism, national socialism and the example of Adolf Hitler are held as the embodiment of evil, and I have expanded on this since in making the case that the holocaust has become the foundation myth on which the modern Western world is built. Liberal Modernity is good because we defeated the devil, the evil nazis. 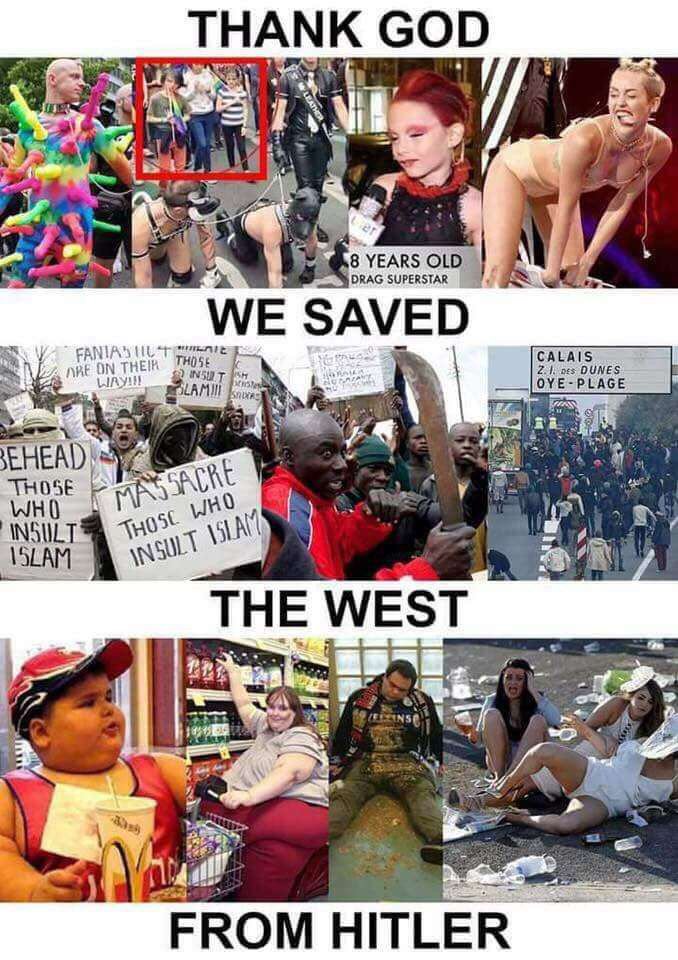 However, if we reinterpret our past so that not just the nazis, but also the white people who opposed them were racist, and thus the equivalent of the nazis:

“…. Hitler will just become another Napolean.”

If you make all white people the devil, you undermine the exceptional status of pure evil held by the white devil Hitler figure, thus you diminish the devil figure’s power to keep white people compliant.

I will leave it to the comments to discuss Churchill’s exploits. The point is that Winston Churchill has become a key symbol of British resistance to national socialism during World War 2.

From the Australian again:

Tory MP Neil O’Brien tweeted in response to the latest Churchill vandalism: “Wait until they find out about the other guy”.

Labour MP Caroline Flint tweeted: “In 2020 to question & seek removal of public statues is OK. But a small group deciding they can destroy & deface them is not. Churchill worked with Clement Attlee to stop Hitler’s Nazis. Defacing this statue is an insult and does nothing to tackle racism today.”

As more and more non-whites enter England and are fed a steady diet of anti-white propaganda, Winston Churchill just becomes another evil white guy. But the purported reason for mass non-white immigration was to make the European world multicultural, to prevent nationalism and war from ever returning.

If you delegitimise a key cultural bulwark against national socialism, fill the country with non-whites who make no distinction between good whites and bad whites, and convince all white people that they are inherently evil nazis, what do you think white people are going to do? 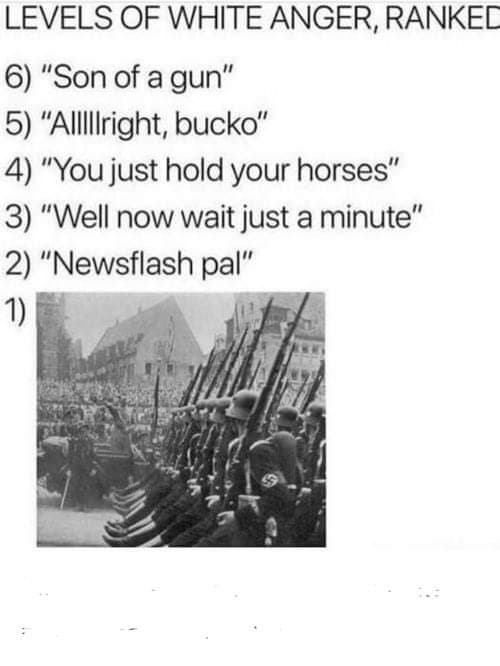 I’ll conclude with my thoughts from last week: