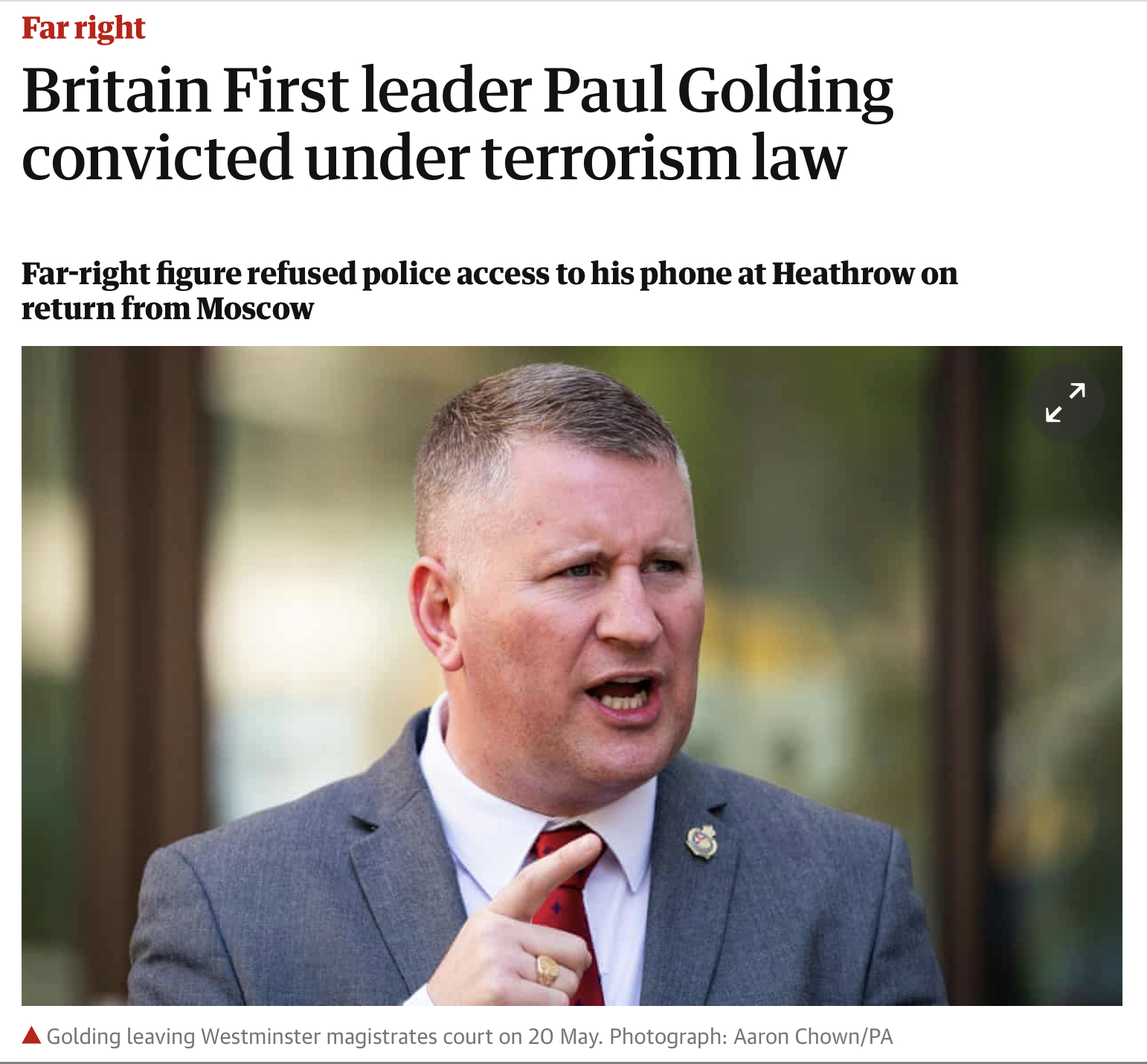 It is official, not giving the treasonous state access to your phone counts as terrorism, at least in the United Kingdom:

The leader of the far-right political group Britain First has been found guilty of an offence under the Terrorism Act after refusing to give police access to his mobile phone on his return from a political trip to Russia.

Paul Golding, 38, was stopped at Heathrow by Metropolitan police officers on 23 October last year on his way back from Moscow. He refused to give the pin codes for an iPhone and Apple computer and was later charged with wilfully refusing to comply with a duty under Schedule 7 of the Terrorism Act. 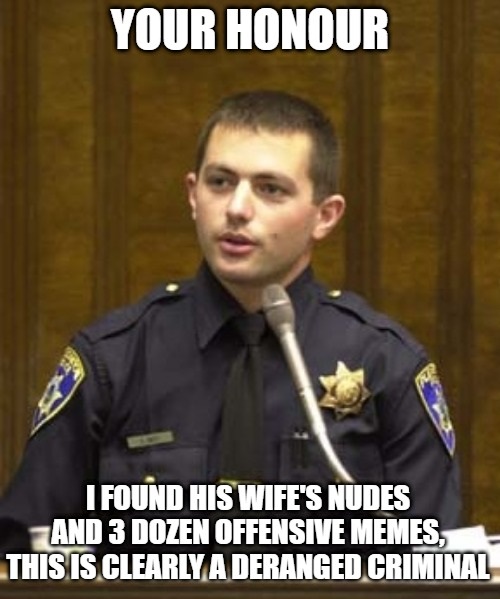 Since when was it the right of the state to search our phone for any reason they like, border stop or not? I thought Paul Golding was a British citizen and a piece of paper meant everyone had “Western Values” or something.

The cost of not wanting the state to rummage through your personal life is hefty:

Chief magistrate Emma Arbuthnot ruled there was “no doubt” that Golding had failed to comply with requests for information, despite his obligations being explained to him and being warned “over and over” that he risked arrest.

She handed Golding a conditional discharge for nine months and ordered him to pay a £21 surcharge and £750 in costs. 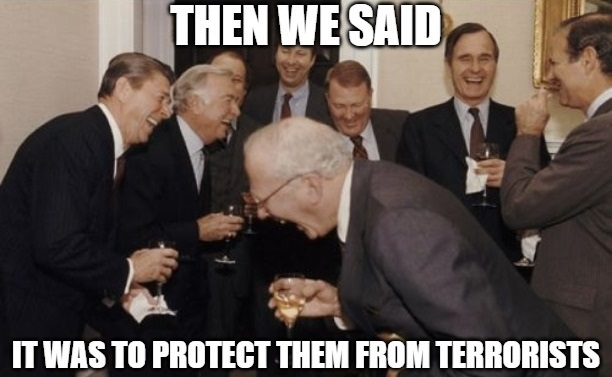 That is roughly $1,400 simply because he did not want some fed snooping around his private life.

It is pointless to say that this is not justice because this is obvious to anyone whose parents did not drop them on their heads as children. The truth is this is just another case of the state going beyond its mandate and taking away our personal liberty under the guise of “security.”

A security we would not need if the oligarchy had not allowed in millions of invading heathens against the will of the population.

They commit their treason, our people die, and we pay massive fines for the privilege.

Rule of law is dead.