Australia, the greatest country in the world.

It did once feel like that, however in retrospect to my childhood it’s hard to still feel that way. You’re not allowed to be Australian, and as a matter of fact you can’t celebrate Australia day (the left says.) 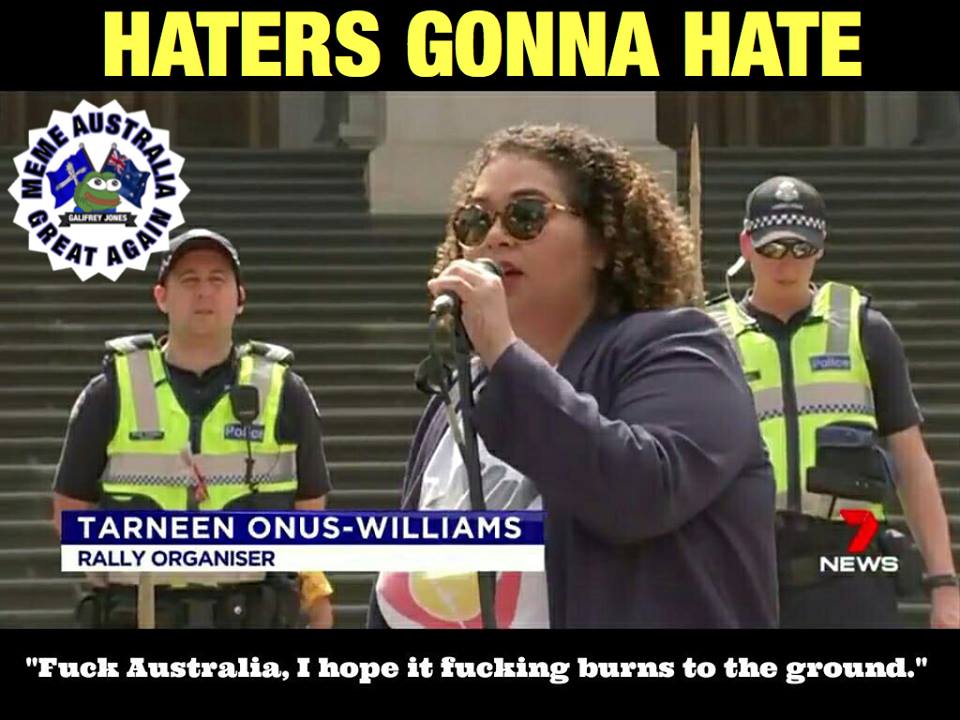 As I look back on my childhood, I remember the late 90s-00s sitting in the lounge room with the family, watching the television. One show I looked forward to watching each week was The Footy Show. We would sit in the lounge room cheering on not just our beloved football team but Australian culture in full motion. The atmosphere in a lounge room with just 4 people was as powerful as any blockbuster match at the Melbourne Cricket Ground, the G. The atmosphere fuelled by tribal support and unity of a nation who shared the common love for football.

Many will say this feeling I get, of pride and love for my culture and nation, is in fact just nostalgia. Although this nostalgia was powered by television it was fuelled by Australian culture and a sense of connection to my community and people. We were once connected, and now we are lost. The AFL and left wing media is largely to blame for the destruction of our culture. They have attacked the one thing the working class had to connect, only once Christianity was destroyed first of course.

Since hijacking the AFL the left is forcing their ideas on the working class, for whom the large part are apolitical. AFL’s largest supporter base is tradies. Football is a sport for the working class as it was created by the working class. On ABC’s QandA Monash University Professor Andrew Markus claims tradies are “not fortunate enough to have a university education” and generally have right wing views because they are uneducated baboons. We all know this is how the left truly feels about the working class as they sit in their ivory towers writing the next manifesto to have total control over us.

The traditional working class men built this nation, they fought for this nation, and in their spare time they innovated ideas and strategies coming up with a unique game that we know as football. When a man like Prof. Andrew Markus admits tradies are just a bunch of uneducated baboons who weren’t afforded an education, or arguably leftist propaganda education, you must realise the left does not think much of you and does not care about what is in your best interests. They think you are stupid and hell I’m starting to think they’re right. According to Bill Shorten in his recent debate with Scott Morrison it’s laughable Scott would spend his Saturday morning reading the trading post. For someone who’s politics are for the working class you seem to be very disconnected from reality Bill.

Why would we not think the left would subvert the AFL? As Prof. Andrew Markus said working class people are uneducated and don’t hold moral views, the AFL has a working class fan base, so controlling the AFL you then have control of the working class folks. And the cat is out of the bag.

We see left wing ideas rammed down our throats with pride round, multicultural round and any other round the AFL decides to politicise. We also saw the downfall of The Footy Show. Why after such a strong career did it crumble? Was it political correctness gone mad? For most football fans, they do not want to hear your politics, and they are largely apolitical anyway. This does not matter to the AFL or their left wing bosses as long as they are pushing their agenda, and anyone who doesn’t conform is socially shamed and plastered all over the media.

Sam Newman was once known as a comedian, a dickhead, the jester of Melbourne.

Now he is known as a Demon thanks to mainstream media and the AFL’s left wing agenda. Don’t forget his mates who stabbed him in the back and stabbed the working class while they were at it.

Our national unity was bound by football, common culture and a common faith. Australians in particular are known to take the piss. As what Sam Newman did on the footy show each week.

This national strength could be felt through the Television. Eddie McGuire in those days I’ll remember as a man with charm and wit. He took the lead while Trevor stood at the bar cracking jokes, and then there was Sam making a dick of himself. It doesn’t get much more Australian than that.

Now we are bombarded with negative media attacking players, attacking and shaming figures like Sam Newman and attacking the fans. Even the players don’t mind taking a dig at the fans here and there.

If you do not conform, and you step out of line in any way you will be publicly ridiculed and shamed. That’s the latest tactic to control the “Uneducated tradies”. You will be banned from the football for Wrongthink and you will be shamed over the internet. This is an attack on the working class and tradies in particular. You remember in school, the leftist teachers would find the “stupid”, “just doesn’t get it” young men and send them off to trade school with all the other naughty boys who didn’t take their Ritalin and wouldn’t behave. This is a form of segregation and an attempt by the left to destroy young men, to punish them and take them away from their friends if they step out of line and now they are doing the same thing with football. It’s the same tactic hitting the same people, they are obsessed with us, and obsessed with taking any enjoyment we have because they can’t create their own enjoyment. They are weird and they want us to be weird just like them. If we don’t conform they will subvert what we love and turn it into a circus.

Sam Newman, the ruck-man from Geelong Football Club is a perfect example of the attack on the working class and traditionalists. He is one of the pioneers of the game. Sam didn’t get to sign multimillion dollar contracts, no, he collected his pay in brown paper bag as did most players of that era. Does he have a voice in the AFL? No. Shut him down, he won’t conform, he’s a bigot. The lack of respect for our elders is disgusting, and what’s ironic is that our elders are the ones to blame for that for their own lack of leadership of our youth.

Sam was also a big part of of The Footy Show’s career and the left did not hold back when it came to silencing him for not conforming to their agenda. Liberty and free thought is not allowed in Australia anymore apparently. The inheritors of the game haven’t been heard in Sam’s defence, and they were pretty quick to stab him in the back in this time of darkness.

You’re not allowed to speak Sam, you’re the Devil.

For what it’s worth Sam you’re one of the boomers I respect, not because you were a great footy player, or were successful, but because you showed leadership and spoke about what you believed in and did not conform even if it meant shattering your reputation. The inheritors of the game are spoiled and are no longer connected with the working class like you were.

The inheritors should know better than to bite the hand that feeds them, that is bad economics. I would recommend anyone reading this to go back to the working class and support your local football club, these are the people who deserve your money and time.

Anyway, once Sam was silenced what happened to The Footy Show? It crumbled. We should look at this as a simulation for where society is heading if we allow the shutting down of thought and speech to continue. The left is dominating every mainstream public square including the AFL, and as you can see from the recent years of The Footy Show they are dull and boring, and they want to make society the same way.

That feeling you felt when you were younger wasn’t just “nostalgia”. It was national unity, pride and strength.

If you want that back you have to wake up.