Ayers Rock is a big clump of rock in the middle of the Australian desert that is so big, it looks like a skin cancer from outer space. 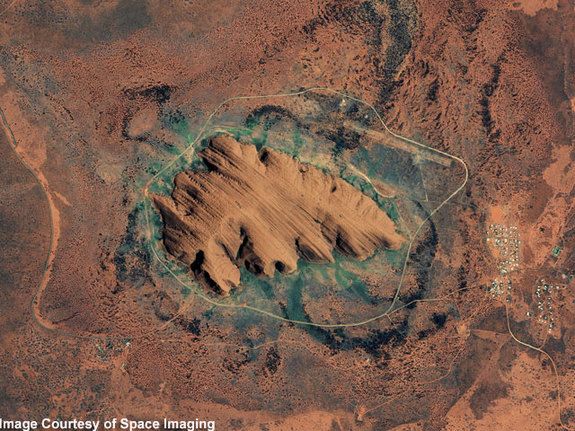 It has no spiritual significance whatsoever, but some people who still cling to their spears and religion have managed to amass enough political clout to convince bureaucrats in the Socialist Democratic Republic of Australia to stop more enlightened people from climbing the rock to see what it looks like from the top.

Soft-nationalist Pauline Hanson has appeared on the idiot box (seriously, only boomers watch that thing any more) to make the case that normal people, who understand that the idea that a giant snake made all the different geological formations in the Australian bush sounds like a fairy tale, should be allowed to climb the rock. (Again seriously, everybody knows the universe came into existence entirely by chance 13 billion years ago. Scientists have proved this and stuff. Isn’t it time we moved on past our religious crutch?)

This led to a hilarious piece in nEwS.cOm that complained that an all-white panel debated the issue of climbing Ayers Rock, then claimed that social media erupted in outrage. The examples given of social media outrage appeared to lack the same so-called “diversity” the article was accusing the Today show of lacking.

One Nation’s Pauline Hanson and radio host Steve Price appeared on Today this morning to argue why the sacred rock should stay open to climbers.

Taking to Twitter, dozens of Australians described the debate as “racist” and “unbalanced”.

Australia, you are exhausting. https://t.co/Y5yLXV8xLK

Never watch either @TheTodayShow or @sunriseon7 because of the lack of any sort or reasoned or balanced discussion, plus they are just boring. No prizes for guessing what Pauline Hanson or Steve Price thought on the issue. So predictable.

If by exhausting you mean hella racist, then yeah.

Please stop asking Pauline Hanson for her opinions on things she knows nothing about.

Thanks
Australians. Quiet or otherwise.

“It’s no different to saying we’re going to close down Bondi Beach because there are some people there that have drowned. How ridiculous is that!” @PaulineHansonOz #9Today pic.twitter.com/aQ2nPTtdgL

Every now and then, people get hurt or even have heart attacks and die when climbing Ayers Rock. This is understandable. Look at the thing, it is steep as:

People have also videoed the climb, and it looks like hard work. They even give you a chain to help you pull yourself up:

A deeply superstitious explanation has been given for why Ayers Rock should be closed to climbers on so-called “cultural” grounds:

Today reporter Brooke Boney, a Gamilaroi Gomeroi woman, was later asked her opinion on the Uluru closure after the original segment had aired.

“This isn’t indigenous people having some sort of say over what happened on their lands, their sacred sites,” Boney said at the end of the breakfast program.

“The thing about (Uluru) is it is so sacred to them every time someone gets injured or hurt or has to be airlifted out … it hurts them and they say that the ancestors mourn the loss of those people. They are not doing it to be nasty or protective of themselves, they are doing it to protect others.”

So, there is a really simple, inclusive and obvious solution to all of this, one that should be a win-win for all parties:

Such an escalator would be slightly shorter and slightly less steep than the ones that take commuters to the underground terminals at Parliament Station in Melbourne, and it would provide the opportunity to less able-privileged tourists to enjoy the changing views as they travel up the rock.

Other options to be considered:

Because it’s the current year.

The XYZ is eager to take further suggestions as to how Ayers Rock can be developed to achieve its full potential in a manner that is inclusive and respects the beliefs and wishes of all Australians, while expanding access in order to move on from the shameful ableist policies of the past. Extra points for artist’s impressions of what a giant ramp would look like.