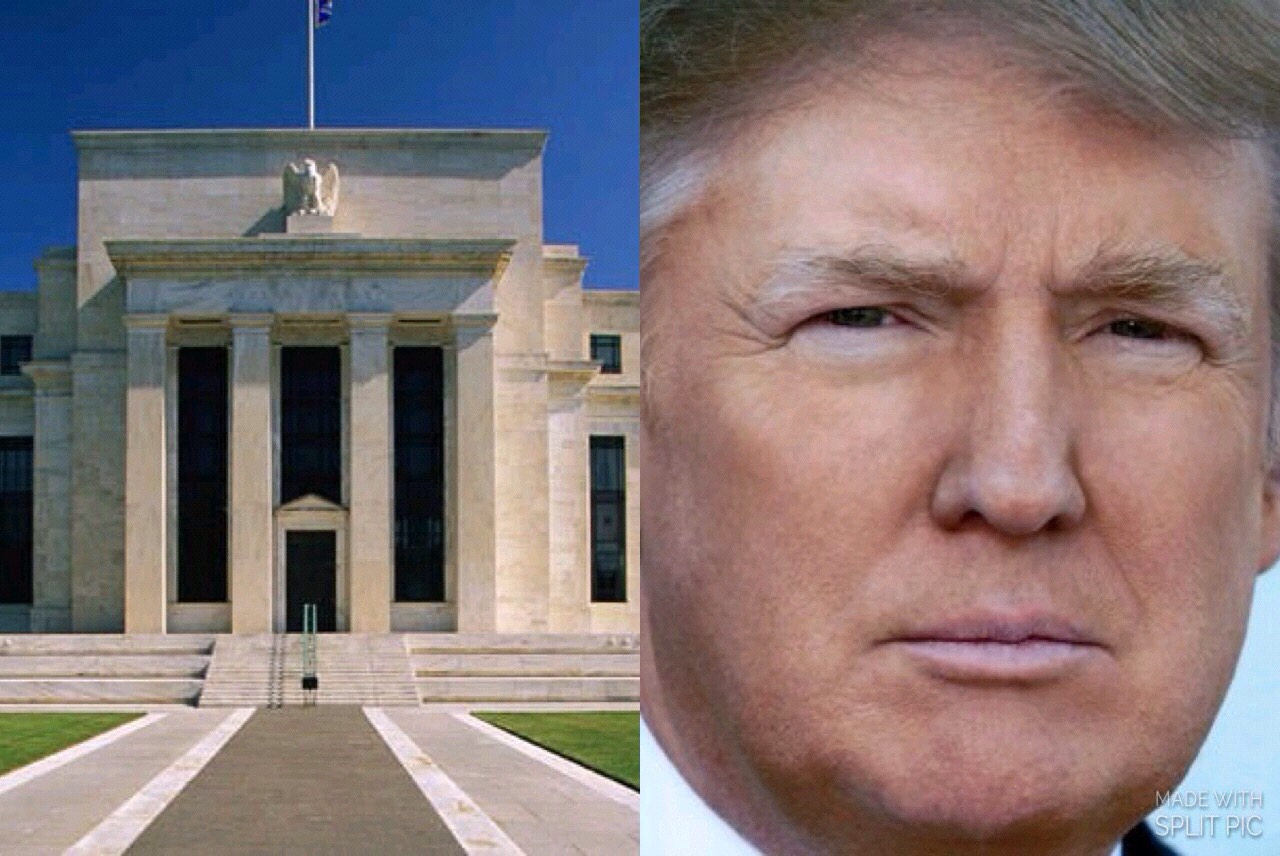 An interesting aspect to the Trump presidency is the fact that one of the many institutions that hate him and want him to fail is the Federal Reserve. To this end they have gone against all of their long held economic dogma and switched it back the front in the belief that this will cripple the economy and thus cripple Trump. (Any suggestion that they might desire to do their job properly so as to give the average American the best chance at a fair shot at the old title is naturally verboten. Or not even verboten; it doesn’t even factor into the equation.)

To this end they have reversed their decades long policy of lowering interest rates in an attempt to stimulate the economy and have instead steadily raised rates in defiance of Trump’s wishes. Thus to be fair it should be noted that Trump is wrong as well as he too wishes the Fed to cut interest rates. But it is the rising interest rates which have done the most to set off the US economy like a firecracker.

One of the very best economists in the world is Steve Kates, which is why nobody of note listens to him. Kates has been a long time advocate of Say’s Law and an opponent of Keynesian economic theory upon which the last 70 years of government manipulation has been based. As he points out, low rates are economic poison.

“Keynesian economics has ruined our understanding of how economies work in many many ways, but near the top is the belief that low interest rates promote growth and stimulate economic activity. It’s all part of the absurd notion that demand is what drives an economy. What actually drives an economy is the supply-side, and what low interest rates do is allow many low productivity and no productivity activities to access funds in place of truly value-adding investments which either remain unfunded, or receive fewer funds than they ought to receive given their relative economic potential.

“It may be the one issue of significance I disagree with Donald Trump about. The Fed in the US has been raising rates and the economy keeps getting better. The Fed does it because they are trying to spike Trump’s success, and Trump worries that they might succeed. There is also no doubt that rates can be raised too high, but there is also no doubt that rates can be too low. In the US it is hard to tell, but in Australia rates are too low and lowering them further will only make the economy worse. Falling real incomes are the surest sign.”

Vox Day takes note of some interesting developments in the financial sector as well as Deutsche Bank prepares to lay off 18,000 workers. I suppose that they’re all going to learn to code. If one of the world’s largest banks is in that much trouble then things might be blowing the way of previous troublesome moments. Remember, the world did not recover from the GFC in 2008; it has not been allowed to. Instead trillions of dollars were wasted in propping up moribund companies that should have been allowed to fail. This is what recessions are for, they are the natural clearing away of the flotsam and debris that accumulates in the arteries of the economy.

Without that cleansing effect the problems have built up and are ready to burst once more. Which could well mean a much more destructive depression. FDR tried to manipulate his way out of one of those and it completely failed; the only thing that saved the American economy was WWII.

The American economy has had the artificial breaks removed by the ignorant Federal Reserve and as a result it is going gangbusters. But economic clouds are on the horizon and very plain to see if you care to look. For myself I’m avoiding debt and squirreling away my pennies. Just a few cigars and some scotch whiskey when the mood strikes me. One must live after all.