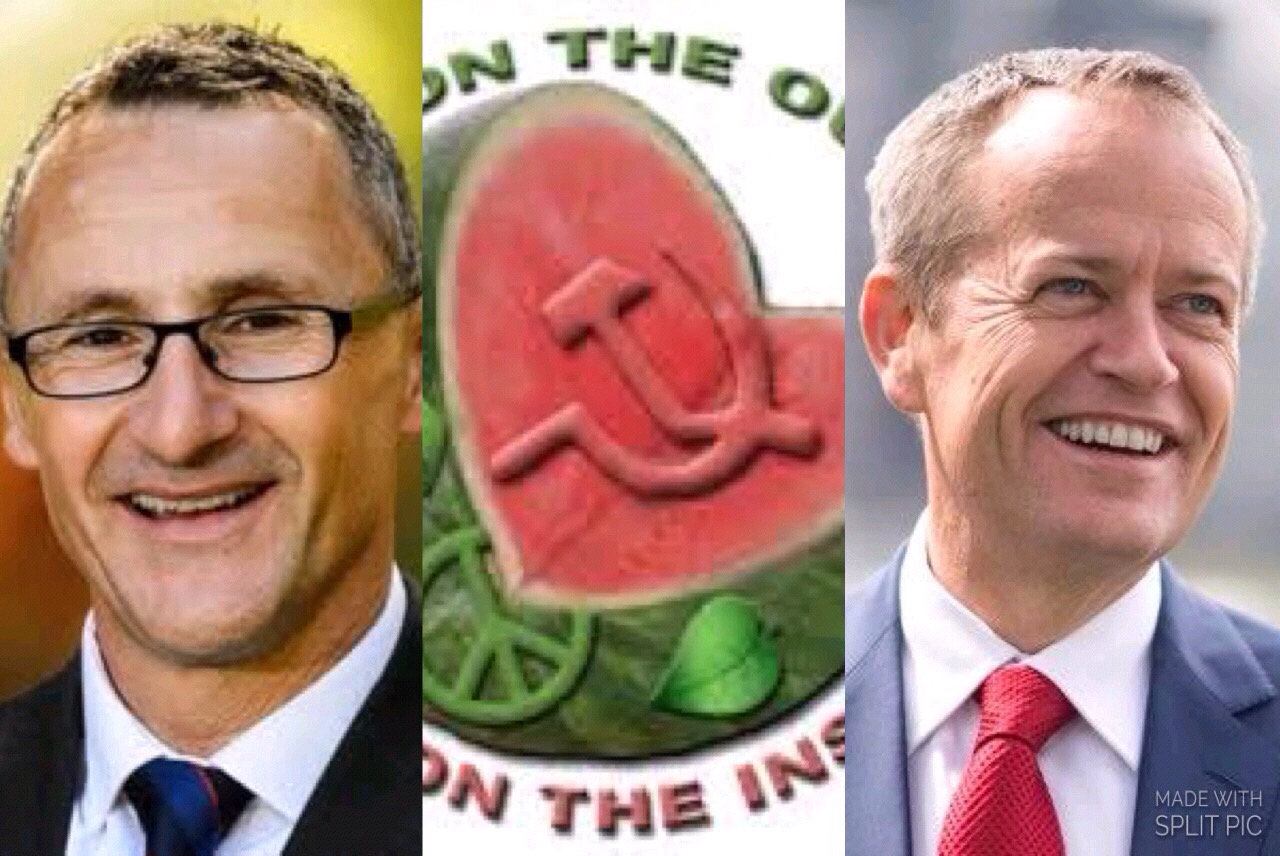 In 1982 the largest environmental campaign in Australia’s history took place in protest at the planned hydroelectric dam on the Franklin river in Tasmania. The protest drew people from all around Australia and it set the groundwork for the creation of the Greens, headed by Bob Brown, as a serious political force in Australia. The campaign directly contributed to bringing down the Federal conservative government of Malcolm Fraser, and the left wing Labor party under Bob Hawke won the subsequent election in a landslide after Hawke campaigned on stopping the dam being built.

This decision was challenged by the state of Tasmania in the High Court which decided in the federal government’s favor. But that was 35 years ago. The relentless Green push for power reached a high point in Australia with the 2010 election where they held the balance of power in the Senate and formed a minority government with Labor. But since then their increasingly hysterical and deluded calls for action on climate change have progressively revealed them as the Marxist-socialists that they actually are.

So when the Greens organised a similar Franklin Dam style blockade of the proposed Adani coal mine in Queensland, they thought that they were onto a political winner. After all, for the Greens this is not only well trod ground; this is what created them as a political force. It is their birthright and their reason for existence all rolled into one. The Adani blockade culminated less than a month ago with a “Stop Adani Convoy”. The timing of this was critical in that it was specifically designed to influence the Australian Federal election on May 17, 2019. What worked 35 years ago would surely work now.

On top of that, Bob Hawke passed away only a few days before the election itself. Labor and the Greens must have thought that they were onto a sure winner. The symbolism of such a passing at such a critical point in time was obvious for everyone to see. The opinion polls were so certain that Labor were going to win that three days before the election betting outlet Sportsbet paid out punters who had backed Labor to win.

“Gambling giant Sportsbet has already paid out a staggering $1.3 million to punters who backed Labor to win the Federal Election despite it still being days away.

“One bet placed on the ALP to win managed to score a lucky punter a pay-out of $128,000 before a single vote has been counted for the May 18 election.

“Sportsbet decided to pay out early based on the history of majority betting on elections, a politics trader from the company said.”

That has turned out to be a rather expensive mistake.

At the time of writing Labor has conceded defeat in the election with leader Bill Shorten stepping down from the leadership role. If nothing else this only goes to underline the fact that betting against what the pollsters are saying is an almost sure thing.

This election was about coal and the environment, and the Greens killed Labor’s election chances stone dead. Don’t get me wrong; Shorten is a political misfit and he did his very best to convince the silent majority not to vote for Labor. Retirees and property owners obviously did not take kindly to Shorten’s class war rhetoric and correctly decided that they did not want their savings destroyed in a gamble on pure socialism.

But it was coal that really finished it off for Labor. Shorten did not publicly disavow the Green’s actions at the proposed Adani mine site. Labor did not know what to do as regards Adani. On the one hand a very similar tactic had worked extremely well for them in the past. But on the other hand there were a lot of coal jobs at stake, coal jobs in mining towns that are a traditional Labor heartland. So Shorten and Labor sat on the fence hoping that things would work out as before and that they could retroactively take credit for what the Greens had done in Queensland.

But Queensland is not Tasmania.

The state of Tasmania has only a paltry 5 electoral seats in the Lower House. But Queensland has a massive 30 seats. The country could ignore Tasmania’s wishes in the 1983 election, but assuming the same of Queensland was a serious oversight. Queensland won the election for the conservative Liberal party, not because of what they did but rather because of what Labor didn’t do. Labor didn’t stand up for its heartland in the face of the Adani protests. Not only that but labor has failed to understand that its traditional working class voters in outback mining towns are more and more in a high income bracket, a situation that is only a fairly recent development. When tradies are on a cool 250K pay packet then Labor’s class warfare tax brackets suddenly don’t have quite the appeal that they once had.

This culminated in the election campaign when a worker at the Gladstone Port in Queensland politely quizzed Shorten on what he was going to do for workers who are now finding themselves in a high tax bracket. Shorten fluffed the question but his real troubles began the next day when the worker had his contract terminated by the company for daring to ask the great Labor leader an awkward question.

Labor has been infected by the Green mind virus and assumed that the majority of Australia would vote like inner-city Melbourne. But with the working class now often making more money than inner-city lefties, a threat to their new found livelihoods in the form of stopping a major coal mine was just the tip of the iceberg, as Labor intended to roll out radical Green proposals to go 100% renewable energy in Australia. It doesn’t take a rocket scientist to realise that this was a direct threat to the entire resource industry in Australia, an industry that has done more to raise the incomes and aspirations of the working class than all the unions put together in the history of the nation.

2019 will hopefully be seen as the election that killed the Australian Greens and killed the socialist nightmare masquerading as climate change. The only better thing will be if the conservatives take courage from this result and begin the rollback of the soft socialist policies that they assumed they would have to take if they were to defeat Labor. Bob Hawke didn’t just die this week. The political forces that took him to high office have died with him.