Have you ever tried to red-pill a normie? Maybe a friend or family member? Did they become triggered and try to ‘shut it down’ or slip into a disingenuous rant?

Here I will explain why you should not get frustrated and instead be tactful when dealing with normies. I will give you a great tool that will help you red-pill anyone and prevent them from trying to ‘shut it down’.

The first thing you have to consider before you even enter into a conversation regarding red-pilled subjects that are outside of their world view and the current zeitgeist is:

What do I expect to accomplish by having this discussion?

Remember that it is always best to lead a horse to water and hope that it takes a drink than to hold its mouth open and try to pour water down its throat.

Family members do not expect any new revelations to come from you, so it is usually much easier to red-pill strangers then family members. If your family is not open to new ideas it is best to let them be, and maybe a stranger will introduce them to a new way of looking at things in time. Families are under Cultural Marxist attack enough as it is, so just love them for who they are.

So you have entered into a conversation about a topic that is taboo in the current anti-white regime. As an awakened person you already know the stranger’s worldview, and even if you have never met them before they will most likely be a victim of the same Politically Correct anti-white programming. 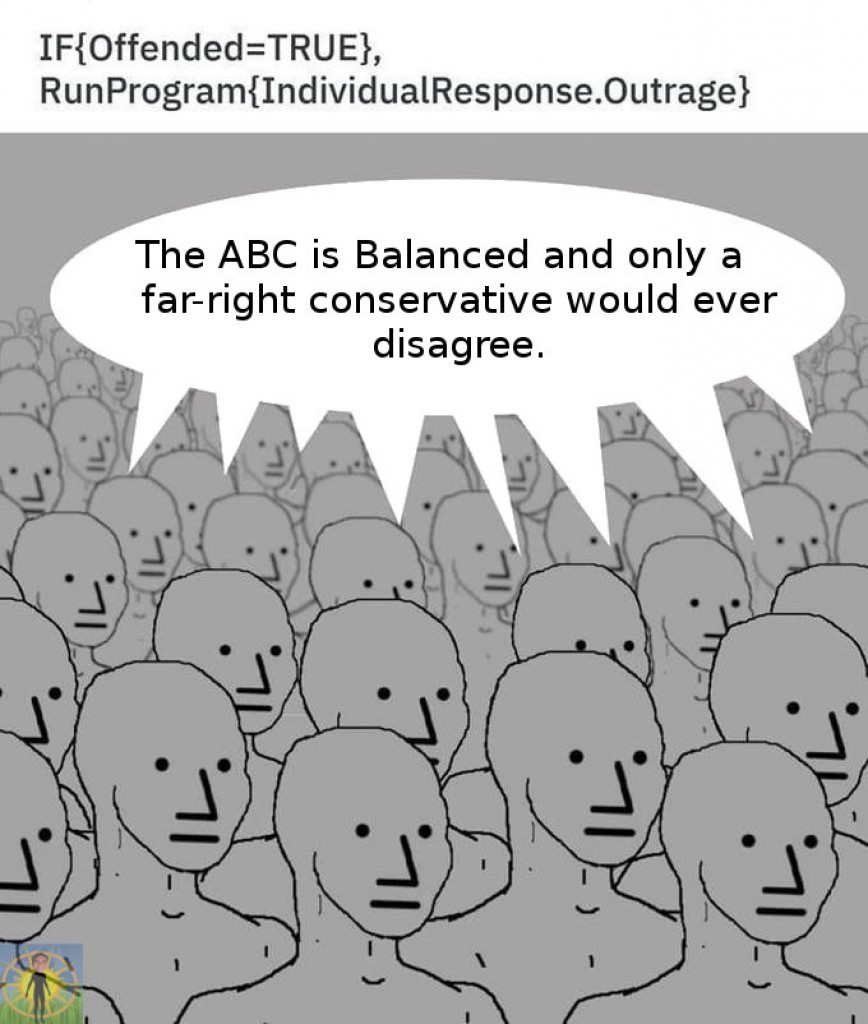 Even if they consider themselves ‘conservative’, ‘libertarian’ or ‘civic nationalist’ there is a good chance that they still suffer from a lifetime of media induced associated conditioning reinforced by their family, friends and associates who were also indoctrinated. You can be sure that no matter how open minded, logical or scientific they claim to be, they will still contain the same programmed trigger points and views. This is very important.

Don’t make the mistake of taking someone’s ‘open-mindedness’ at face value and laying it all out, only to discover that they have been triggered and now they are ‘shutting it down’, rejecting and walking away just as their programming dictates.

Consider the normie to be a zombie, infected by a hostile parasitic mind virus that makes them all respond similarly to a given stimuli. You have the knowledge to reverse engineer or throw a spanner into the works. They, on the other hand just have per-programmed responses that you already know.

Here is what you do before the discussion even begins:

You: “So you say you are a (whatever political persuasion they are)?”
Normie: “Oh yes I’ve been a (what ever political persuasion) most of my life.”
You: “Oh, Ok, that’s cool, and are you open-minded?”
Normie: “ Yes, I’m open-minded to new ideas.”
You: “That’s wonderful!” “Some people I meet tell me that they are, but you are telling me that you are genuinely open-minded to new ideas?”
Normie: “Yes.”
You: “That’s great, we’ll be able to have a great conversation if we both try to understand each other’s points.” “One thing I would like to ask you is this; When you learn about a subject or a historic event, do you try to get both sides of the story or do you just parrot the system’s position like normies do?”
Normie: “I try to get both sides.”
You: “So you read different religious texts, scientific theories and books written by both the victors and the vanquished?”
Normie: “Yes, of course.”
You: “Great. Most people (normies) only ever get the regime’s perspective, so discussions with them is like talking to a Politically Correct ideologue.”

You have just set a frame on the upcoming discussion so they will not be able to scoff at or deny what you are about to tell them. They are morally obliged to enter the discussion in a genuine way and if they still get triggered and try to ‘shut it down’ or revert to their programmed, disingenuous debating manner you can quickly refer them straight back to their commitment:

You: “Didn’t you tell me that you were open-minded and you try to learn both side of a subject?”
Normie: “yes but…”
You: “So you were lying to me?”
Normie: “No…”
You: “Ok well lets continue…”

Obviously, most people do not bother to learn their adversaries’ points of view, nor do they go to any effort to get both sides of historic events or scientific theories. Hollywood movies, the ABC and the BBC are usually their default history teachers and few normies will be honest enough to admit it.

Preface all dialogue with normies in this manner. You can shorten it and make it more or less descriptive, depending on the situation. Always remember to predict their programmed responses before you open the discussion so you can counter it before it festers.

Here is a little exercise you can test on your family and friends who think that they are free thinkers. Tell them we are all victims of the regime’s Political Correct anti-white programming, and if this test rings true, then it will indicate that you need to expand your sources of information. (A good place to start is at XYZ.net.au):

Ok, so you’re telling me that you know a lot about world history? Tell me this:

And by the way, why is the mark of the beast echoing in your head? 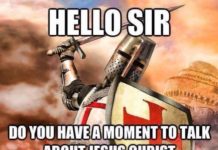 Watch out for Christian Extremists