I received this email from a friend:

“Serious question: I have good friends who are now entering the red pill process I entered a couple of years ago. How do you handle it, knowing they are about to enter a world of pain?”

My answer to him was brief and to the point but I will expand on it here. Firstly, you should be happy that they have made the decision to undertake such an important journey. The hardest part of the red pill process is deciding to begin. It can be frustrating if you are invested in your friends’ lives to the extent that their immersion in the world of the normies affects your friendships. You can’t convince them of the folly of their ways and they get pissed off at you for trying.

Incidentally, I no longer have this problem. I accept my friends for who they are and I do not bring politics or my beliefs into the equation unless I am asked, and asked in an open and honest manner. This is not because I am some sort of saint; it’s simply because it’s just not worth the hassle. They have their paths and I have mine. If we are friends in the first place then that should be enough to justify our friendship. I do not need to convert everyone to my own beliefs in order to feel secure.

But moving back to the main course. The world of the blue pill normie is a world of pretty lies. Roissy’s banner at his blog says something along the lines of, “where pretty lies perish”. Perish seems on the face of it to be a tad harsh, but it is exactly correct. If someone is prepared to leave the comfortable world of pretty lies for the uncomfortable world of hard truths then a fair bit of hardening up is on the cards. The time for babying is over. No more coddling; no more polite acceptance of blue pill ideals voiced in a manner to win approval or exert social pressure. The red pill is a world of hard and brutal truth and it is never ending. A novice peels back one layer thinking that he has now arrived, only to be dismayed when yet another layer is revealed beneath. The hardened red pill traveller peels back a new layer with a mixture of relief and resignation at what the next barrier will entail.

You only arrive when you’re dead. That right there is the end of the journey as far as we know it.

I believe that God puts us on this world to grow. Each of us are given the gift of life with the burden of having to reveal and embrace truth. The Bible is truth made manifest. Most of us fail at this task, and the failures are many and varied. Added to this is the burden of free will because in order to truly give men free will God had to also make the world random. If He intervenes than free will collapses in an instant. There are not many supposed shepherds of their flocks who comprehend this.

I am always in awe of someone who is able to make this step as it is such a critical moment in their life and such a difficult one. But I must also remain strong and not pander to them as that merely reinforces the world which they are attempting to leave behind. So I adopt a position of kindly mocking. PUAs would refer to it as amused mastery. I do not congratulate them for breaking through a barrier. I merely smirk and remind them that they have merely removed one chink in the wall. Sometimes I shroud the next step that I know they will take in mystery. Other times I give hints.

But it is their journey, not mine. I remain apart until they need to converse and then I am there for them and I give them the greatest gift that I am able to offer; I listen. And I confirm. Perhaps I clear up a few points on which they are unsure.

I have found through experience that this is the best approach. It has the greatest chance of success and it usually leaves the friendship intact, if not making it stronger. And in the end I do not presume to know everything, I merely know a little more than they do. I have my own people who perform the same courtesy for me on occasion. None of us are ever above a little help. 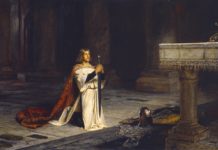 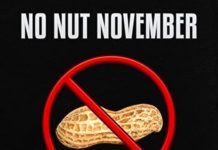