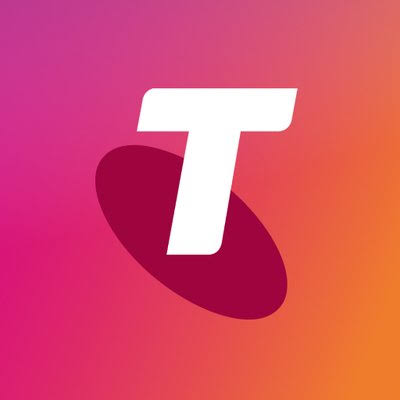 Once upon a time in Australia, in other words back in the dark ages of the 20th century, large corporations and public utilities would invest in their staff through training as well as supporting future staff via the TAFE system. These companies sought to identify future skills that would be required due to technology advances, and via cadetships and apprenticeships they would plan sometimes up to twenty years in advance so as to make sure they would not be caught in a skills shortfall.

This investment in their future work forces was necessary due to the fact that the national interest and secure immigration policies ensured that the available labor market for Australian jobs could only be sourced with Australian citizens. As a result competition for workers with the required skills was sometimes fierce and this led to a natural increase in wages due to the forces of supply and demand.

Globalisation destroyed and warped this labor market. Now companies have no interest in planning for future skills shortages as they once did. They simply lobby governments to bring in overseas workers to fill the gaps which they themselves have created. The added bonus of bringing in thousands of overseas workers to fill jobs in Australia is that these companies can keep wages artificially low. There is no need to compete for local skilled workers when they can simply bring in masses of cheap foreigners desperate to work for peanuts in order to gain a foothold in Australia.

Telstra is turning to overseas markets for the talent it needs to propel its strategic overhaul, with CEO Andrew Penn saying that the federal government needs to widen the door to skilled migration.

Speaking at a Committee for Economic Development (CEDA) event in Melbourne, Mr Penn said that Telstra’s T22 strategic overhaul, which will see almost 9500 jobs lost, was forcing it to build new skills, like cybersecurity and software networking.

“We need these capabilities now, but the fact is we cannot find in Australia enough of the skills, like software engineers, that we need on the scale that we need them.”

“There simply are not enough of them, the pipeline is too small,” he said.

Mr Penn added that while immigration was a politically sensitive issue in Australia, an ongoing skilled migration policy is essential for Telstra and Australia.

“Immigration in Australia is an often vexed issue and attracts an enormous amount of political and media angst,” he said.

“In fact, it isn’t just an issue in Australia — in the US and the UK we are seeing significant negative commentary around immigration, I believe this is a unhealthy and potentially dangerous path for the world to take.”

“A well-targeted skilled migration policy is a job creator, not a job taker,” he said.

With the local skills shortage further compounded by the intense competition in the broader economy for technology talent, Mr Penn said Telstra had little choice other than to turn overseas.

“We are also competing for these skills domestically with other Australian organisations … that competition is fierce and it is estimated Australia will have a shortfall of 60,000 skilled workers in the ICT sector in the next five years.”

Telstra’s response to the shortfall has been to turn to other regions for recruitment, with the telco building a new innovation and capability centre in Bangalore, which will become operational later this year.

“Bangalore is India’s ‘Silicon Valley’ and even there we are competing for talent with the likes of Apple, Google and other digital companies,” Mr Penn said.

“This centre consolidates our presence in India where we already work with many partners and furthers in house talent we previously sourced from third parties.”

“It means we can quickly hire, develop and scale that talent across our business,” he added…

… “We are also competing for these skills domestically with other Australian organisations … that competition is fierce and it is estimated Australia will have a shortfall of 60,000 skilled workers in the ICT sector in the next five years.”

A quick translation of this passage goes something like this:

We need cheap Indian workers in Australia and we need them now.

So Telstra wants to sack 9500 Australian workers and bring in up to 60,000 Indians. To claim that this policy creates jobs is an unmitigated insult to Australian workers. Big businesses are now proactively involved in undermining the Australian national identity through their efforts to directly influence government immigration policies to their own commercial advantage. Apparently in the mind of UK born CEO Andrew Penn, what is good for Telstra is also automatically good for Australia.

But have no fear; Telstra is also working extremely hard with the local university system to employ local workers.

While recruiting talent from overseas provides a cost-effective fix for the telco, Mr Penn said that Telstra was committed to building partnerships in Australia to help develop more engineering talent.

“We are now establishing a partnership program with a small number of universities around developing specific capabilities.”

“We recently started to partner with the University of Wollongong on their new Global Leaders Development Program and have taken our first of their Big Data students as an intern, one of 80 students from around Australia who have been working with us over the summer,” he said.

One student from a single program plus 80 students who have been “working with them over the summer” which is globalisation-speak for free internships with no guaranteed job at the end of the process.

The rise of crony capitalism and the successful efforts of businesses to lobby governments for their own short term advantages is a national disgrace. Let us not also forget the suspiciously high number of former politicians with no business experience to speak of who manage to land themselves executive and board positions in these same companies after they depart politics.

With the added bonus of no official recession in Australia for almost 30 years due to the fudging of figures, manipulation of GDP and official interest rates, plus the good fortune to be on the receiving end of the China boom in 2008, Australian companies have had little to no threat of upstart newcomers entering the market and threatening their positions. Recessions are a natural and healthy part of an economy because they clean out the dead wood and enable new businesses to gain a foothold. No recessions also mean no recoveries.

We don’t want overseas workers in Australia and we certainly do not want these foreign countries’ best and brightest. Why should we siphon off their best talent? How will countries like India ever reach a decent modern standard of living if we continue to poach their best people?

Australia needs a moratorium on immigration. Let’s start with the CEOs of these companies. Send Andrew Penn back to the UK and hire an Australia CEO who puts the needs of his country first. And after that you can send back the already thousands of Indian Telstra employees in Australia who have snuck in the back door via consultancy forms such as IBM and Infosys.

And if Telstra loses business due to its own ineptitude then so be it. The shortfall will be filled by new Australian companies eager to profit from Telstra’s mistakes while employing Australian citizens. A crazy little thing called innovation and competition.