In news that should surprise nobody, an XYZ Viewer Poll has demonstrated that an overwhelming majority of Australians favour keeping Australia Day on January 26:

Should Australia Day remain on January 26? 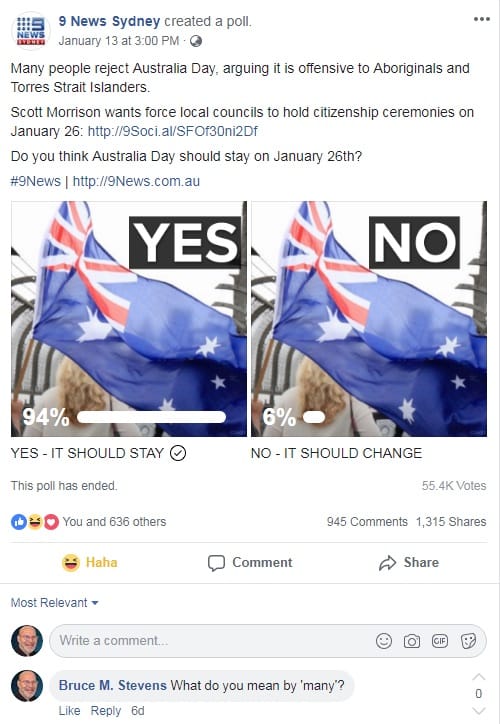 If a communist says that polls on The XYZ don’t reflect the views of the broader Australian population, then they are, as usual, lying.

Australians are sick and tired of a small minority of socialist politicians, Cultural Marxist activists and unpatriotic and opportunistic crony capitalists pushing an agenda to fundamentally transform Australia against the wishes of its people.

This axis of evil has tried, via the dying media, to push a false narrative regarding the so-called “Invasion Day” marches. One lie they push is that these marches have mass support. This is refuted by the fact that numbers at the Invasion Day marches were down, and polls show consistenly strong support to #KeepTheDate.

Another falsehood the Lying Media are pushing is that of violent opposition by “far-right” “extremists”. This is despite the fact that footage clearly shows patriot Ricky Turner being attacked by multiple far left protesters simply for holding an Australian flag:

i.e. it is the far left who are violent.

The Australian alternative media has been so effective at countering the globalist narrative about the extremist left’s violence on Australia Day that clowns such as Captain Potato have not been enough to quarantine the nationalist message. Instead, they had to call in the censorship big guns: 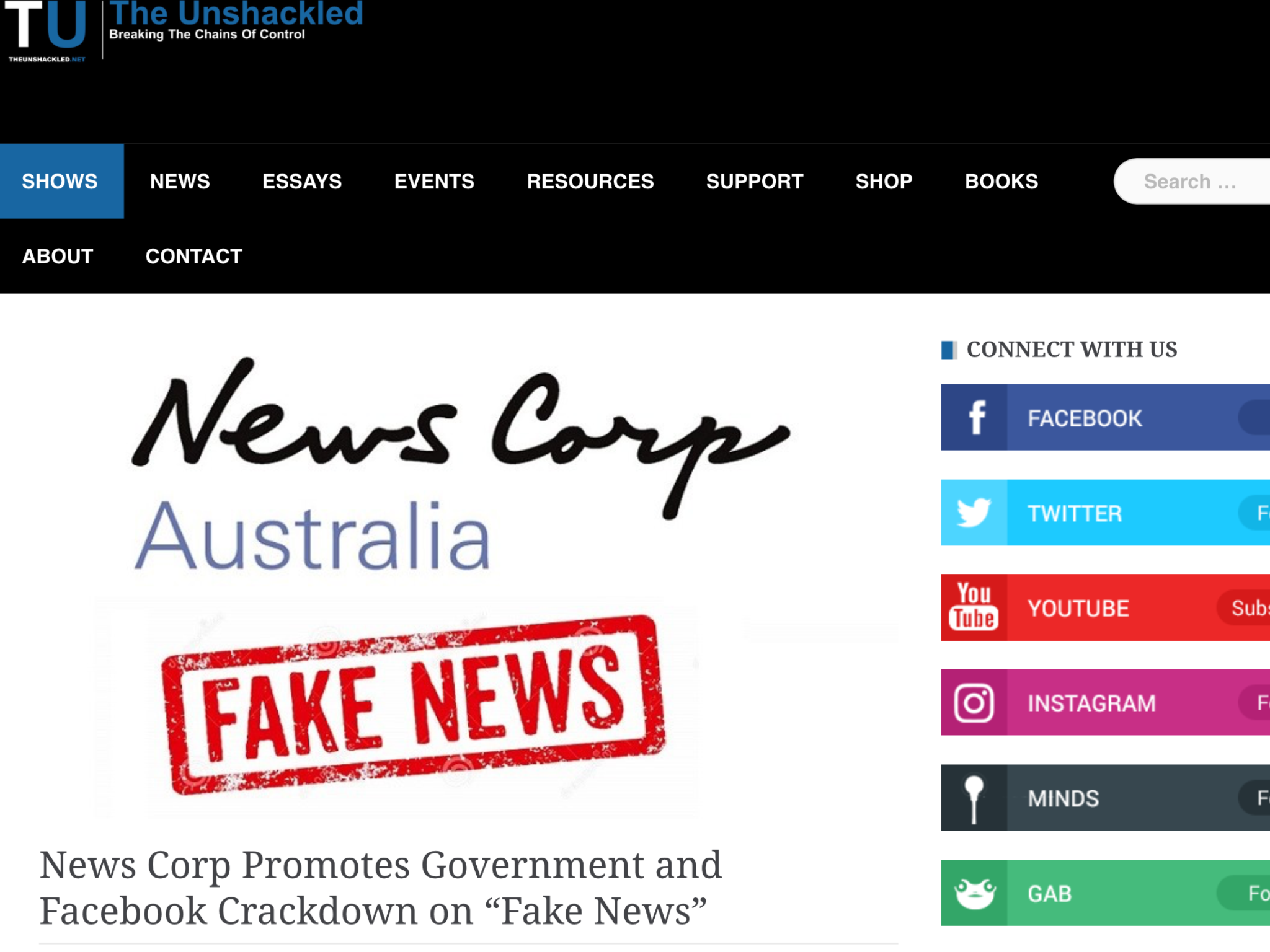 The Unshackled was one of the few media outlets in Australia which exposed the fake news from St Kilda and called out the mainstream media’s lies. Now News Corp has decided to name the Unshackled as a fake news outlet in an ‘exclusive’ pay-walled article ‘Fake Facebook sites spreading political lies‘ by Claire Bickers, one of their National Political Reporters.

The example that the article uses as an example of “fake news” spreading on social media is the attack on patriot activist Ricky Turner on Australia Day when he raised the Australian flag at Flinders Street station at the Invasion Day protests. Turner and another activist Garry Hume were taken away and detained by police before the protest mob became more enraged.

The Unshackled was named in this article because we spoke exclusively with Ricky Turner after the incident occurred where he recalls how it unfolded.

I’ve said it before, I’ll say it again. The Australian is a globalist rag.

News Corp based their assertion this attack was “fake news” because footage of the incident shared on social media described Turner being “lynched” and “bashed”.

News Corp spoke to political marketing expert Andrew Hughes who agreed this was a clear case of fake news “I would expect to see this as a playground for both domestic and foreign actors to see what extent they can appropriate and adapt these tactics to the Australian context.”

Did they just call Tim Wilms a Russian Bot?

Of course the describing of the attack as “lynching” is hyperbole. But we have posted the original viral video of the attack below and ask the viewer to ponder what would have happened to Turner if police weren’t there to drag him away from the mob.

Here is where it gets interesting:

The Labor Party is reported to be urging Facebook to establish a dedicated rapid response team to deal with complaints of fake news. Its Shadow Communications spokesperson Michelle Rowland commented that “Fake news is a significant threat to the health of our democracy and we all must be vigilant” and that “We expect major digital platforms to be doing all they can to combat misinformation.”

It is worth noting on Wednesday federal Labor MP Tim Watts interacted with Antifa blogger slackbastard to decry that the Unshackled was listed on Google News.

In an indication this appears to be a bipartisan assault on online news and speech Federal Special Minister of State Alex Hawke, who is responsible for overseeing the operation of Australia’s electoral system is quoted as confirming that the Australian Electoral Commission is in discussions with Facebook about strengthening political advertising transparency for Australia ahead of the election.

The terrorist slackbastard organisation is a network of far left academics, journalists and politicians. In conjuction with Antifa, it is used to manage the understandable opposition of real Australians to the globalist replacement agenda, by way of intimidation and the threat or actual use of violence against ordinary conservatives who express their views publicly. The irony is that while they seed the lie that fake news being spread by the so-called “alt-right” is threatening our democracy, this nexus between the state and an illegal paramilitary enforcement unit is the real threat to Australian democracy.

What has truly unnerved the establishment is the emergece of Senator Fraser Anning as a powerful new force in Australian politics:

Storyful also appears alarmed in the surge in Fraser Anning’s social media presence, despite all the media attacks “with his page receiving triple the number of “interactions” from punters than One Nation leader Pauline Hanson in January”. 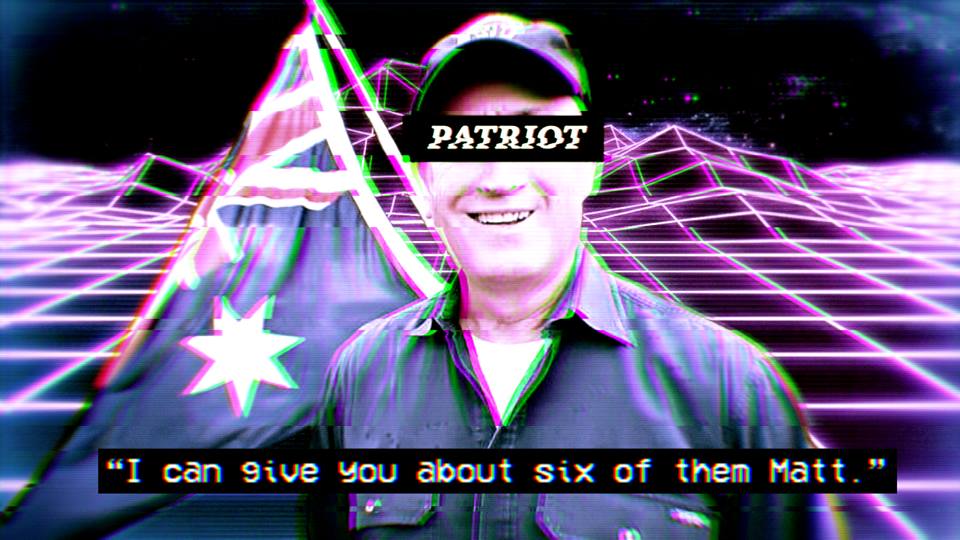 Naturally, Newscorp has followed The Golden Rule Of The Aussie MSM:

Fraser Anning has very skillfully used the alternative Australian media to amplify his message and speak directly with his core constituency, while increasing the profile of the Australian alternative media.

And this is driving them bonkers.

Seriously, Fraser Anning gets pulished in The XYZ and the Pickering Post in the same week that Clementine Ford rage quits her job. That’s not a coincidece.