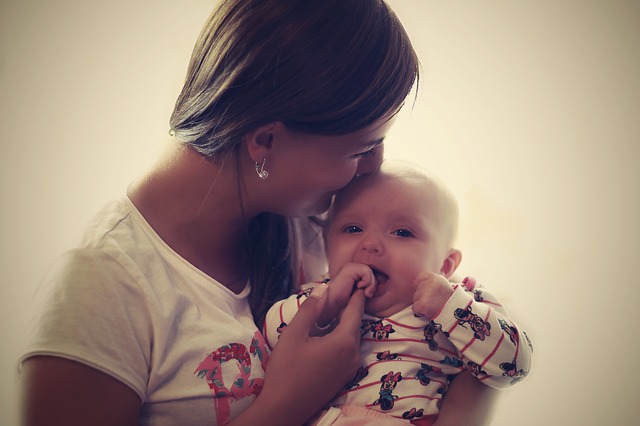 Last night I got my hair cut by my local barber. He has a little set up in a men’s fashion store in a town close to where I live. A young Dutch girl works in the store. She is 18 years old and of your typical Dutch stock – blonde, curvy, and big breasted. She is a beautiful young lady and quite lovely in nature as well, always smiling and exuding warmth and comfort.

We were talking after I had finished my session in the barber’s chair and I discovered that she has been seeing the same boyfriend for 4 years. In other words, since she was 14. I was surprised at this and she admitted that this is the common reaction when people discover this tidbit of information.

I mentioned that I found this news to be very gratifying and I wished her every success. I also stated in an off-hand way that I hoped that she would get married to her beau soon and have lots of beautiful babies.

She positively beamed when I said this and I immediately knew that this is indeed her intention. No job, no career, no expensive university qualification. A wife and mother and a builder of a stable family unit.

Years ago my reaction to the same information would have been much different. To my shame I would have said something disparaging, softy ridiculing the very idea that a woman so young would only choose a single man and not have any more “experiences”. And when I say experiences I would have meant experiences with me. In a way this is pure gamma behavior.

On the nationalist right we disparage the state of women today, whether they be THOTs and sloots, slores, or careerists lamenting the state of their barren and neglected wombs.

“In other words, even many self-declared “conservative” women now embrace a careerist worldview in which women must join an anti-male alliance — “Sisterhood Über Alles” — to defeat men in a ruthless competition for educational and employment opportunities.”

These women are ubiquitous and worthy of mockery and scorn, not to mention the most dreaded of all nightmares of the sisterhood, being ignored.

But the few women who still embrace their once traditional role and who yearn for a return of the patriarchy must not only be valued, they must be praised and encouraged for their strong stance. And make no mistake, it is a courageous path for young women today to reject the prevailing orthodoxy of having it all and following the true sisterhood path of career, loneliness and cat litter boxes.

Women who embrace the idea of motherhood and unwavering support of their husbands have been mocked by their supposed “Sisterhood Über Alles” for decades. It’s a dual attack by the sisterhood; attack men in general as being untrustworthy idiot buffoons, and thus obliquely attack the women who are foolish enough to support such figures of mockery. Of course, there are also outright attacks on the women who boldly reject the demands of the sisterhood. Such disloyalty cannot be tolerated, particularly due to the fact that female mavericks of this type tend to be overwhelmingly more content with their lives than those who have fallen for the siren sounds of career, money, and power.

Young women like the lovely young lady mentioned at the beginning of this piece are what men value. Not only must they be off limits if already spoken for, but it behooves us to show our appreciation whenever given the opportunity. There is no reason to make a big deal of it, in fact such an outpouring would almost certainly be characterized as a social faux pas. But it is critical that we do make our approval known, for just as we loudly disapprove of women who have made bad personal choices, we must also give clear social acceptance to women who bravely reject the prevailing matriarchy in all its forms.

Over time a little encouragement can go a very long way.