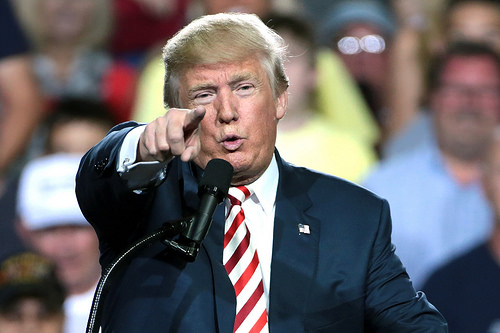 The election of Donald Trump was a crucial moment in US history. The regressive left has been pushing America steadily toward communism through its takeover of institutions, the judicial branch of government, government departments, the media, entertainment industry and education system. Under the Presidency of Barack Obama they took control of the executive branch of government, which led to their most transparent attempt to overturn 400 years of American history and “fundamentally change” America.

The election of Donald Trump in 2016 was vital – it represented the regaining of control of the highest point of political power in the US by real Americans. However, the left’s control of the other levers of power has limited the the scope and the longterm impact of what President Trump can achieve. Thus the importance of continued political victories for Republicans and real Americans to take back their country.

The successful nomination last month of Brett Kavanaugh to the US Supreme Court was one such victory. Its timing was itself significant – liberal Justice Anthony Kennedy had deliberately resigned his post before today’s Midterm Congressional Elections in the hope that any Trump nomination could be derailed by Democrat interference, as Democrats still held a majority in The House of Representatives. This interference went to a criminal extent, with leftists literally inventing accusations of rape against Kavanaugh. Lucky for America, Democrats failed, Kavanaugh got through, and real Americans retook control of the judicial branch of government.

Today, Americans are voting on whether to give Republicans, (which should mean Donald Trump) control of both houses of the legislative branch of government. Red Elephants has produced a video predicting a “red wave”, ie a massive surge of support for Republicans and the Trump agenda:

The results of today’s election are crucial for one main reason, the main reason why Donald Trump was elected:

Altering the demographic make-up of America, ie destroying the white majority, has been crucial to the left’s communist agenda for 50 years. This has been primarily a matter of political expediency, as white people in America have historically voted majority conservative, and non-white people have generally voted Democrat, and the more minorities the left can create or import, the more divisions it can exploit, and the better it can push its agenda in the ensuing chaos.

This has also been driven by a deeply personal agenda. The main drivers of this anti-white agenda tend to hate white people simply for who they are; they resent white people for their success, and for their perceived historical injustices against them; and they calculate that in an America without a majority conservative, Christian white population asserting their dominance over the culture, their own strong in-group preference will benefit them in an environment of competing cultures.

All other political battles in the US, important as they are, are secondary to immigration. Symbolically, The left have time a caravan of migrants to arrive at the border specifically to frame the immigration from the perspective of ‘Donald Trump hates children’. Donald Trump has done his own framing:

If Republicans can get control of both houses of the legislative branch, Donald Trump will have more weapons at his disposal to at least slow this deliberate demographic decline, to build the wall, halt illegal immigration and change the course of American history.