When followers of the two most deadly ideologies on the planet square off, you know what to do:

Communist China is sending its Muslim Uighurs to reeducation camps. From the Sydney Morning Hurl:

The security agents came for Adeham Abliz late on a Thursday night.

That day, September 8, 2016, had been much like any other in the 59-year-old Uighur man’s life in the city of Ghulja in north-western China.

Abliz, a shopkeeper, had performed his five daily prayers, starting with fajr at dawn through to isha after dusk. He had wandered through the neighbourhood and brought home groceries after a day of fasting in the lead-up to the Islamic holiday of Eid al-Adha.

He would not be allowed to finish dinner. Around 11pm, two officers in plain clothes arrived at the house.

“We need to talk to you about something. You need to come with us,” they told Abliz, a devout Muslim who had provided religious teaching in the local community and kept religious texts in his house – marking him as a subject of suspicion for the Chinese Communist Party.

Abliz and his family resisted, demanding to know why he was being taken. Ignoring their desperate pleas, the two men escorted him outside and took him away.

“That was the last time I saw my father with my own eyes,” says his daughter, Meyassar Adham….

Her father was promptly sentenced to two years in prison for his religious practices. In September this year, it became clear he would not be set free. Now 61, Abliz was transferred to a mass detention camp, joining hundreds of thousands in a vast “re-education” network established over the last two years in Xinjiang, known as East Turkestan by independence-minded Uighurs. In the camps, they are forced to renounce their religion and culture and adopt Communist ideology. Reports suggest people have been abused and tortured for failure to comply.

The same day, she had been granted a visa to join her partner in Australia. Advised by her migration agent to urgently get out of Xinjiang province, she left a week later, bound for the safety of the Adelaide suburbs.

Dammit. Who let them in. Confound our white empathy. It gets us into trouble. Every. Single. Time. We could learn a thing or two from the Chinese: 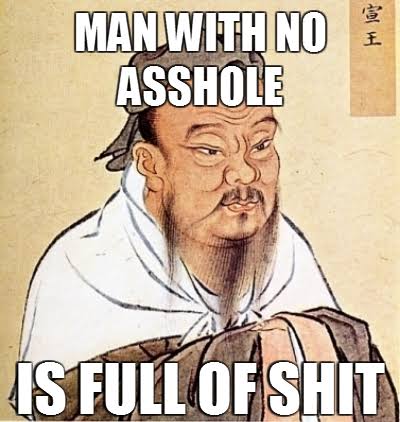 Now they are here and making a fuss:

Fairfax Media has conducted extensive interviews with more than a dozen Uighurs in Adelaide; all have relatives in detention and are struggling with the burden of knowing – or not knowing – the fate of parents, siblings, partners, grandparents, cousins, uncles, aunties and friends swept up in the unprecedented crackdown. Increasingly helpless and desperate, the Australian-based Uighurs felt compelled to go public with their stories and identities despite the risks.

Never mind. If Labor win the Victorian election next weekend, Victoria will quickly become a vassal state of the Middle Kingdom. That’ll scratch Uighurs off the list pretty quickly, I’m guessing. And those annoying Falun Gong lunatics, and those stupid tatty prayer flags.

I could get to love Big Brother after all.