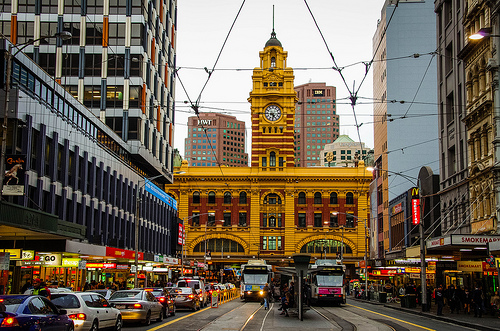 The Victorian state election in Australia last weekend shocked the political class on all sides right across the nation. The incumbent Labor government which hailed itself as “the most progressive government in the nation” had suffered a string of disastrous missteps culminating in the Bourke street terror attack just a few weeks before. A half dozen of Labor’s sitting members are even under police investigation for potential election crimes committed the last time round.

In the state that they have done so much to destroy they won such a massive majority that they hardly know what to do with all of the seats they’ve gained.

Many reasons for this electoral whitewash have been bandied around. The Liberal party in this latest state election stood for nothing. They had no coherent policy. In fact, they changed their policies depending upon which seat they were attempting to win. This sort of feckless electoral whoring was too much even for the dim sparks of Melbourne.

It doesn’t help that the opposition Liberal party isn’t even remotely conservative any more. Why vote for Labor-lite when you can just vote Labor? The Liberal party now stands for nothing, hollowed out and destroyed by the left-wing elements that have steadily taken over the once conservative party. This has culminated today with the news that Federal Liberal MP Julia Banks has quit the party to sit on the crossbench as an independent. Banks is a hard core lefty and virtue signaler and she is massively upset that her best buddy Turnbull recently got the much needed boot.

Frankly, how anyone can stand for election in a conservative party while brandishing their left-wing credentials is simply beyond me. But these core problems in the Liberal party are mere symptoms of a greater malaise, and it is this reason why Labor enjoyed such a tremendous victory.

Victoria is the new Indian state of Australia with Melbourne as its epicenter. If you don’t believe me then go there and catch any suburban train. The incoming Indian white replacement arrivals go to Melbourne while Sydney gets the Chinese equivalent. Mixed in with these are the Middle Eastern and African replacements who certainly punch above their weight in the “scare the shit out of the Anglos” division.

This steady and unrelenting stream of arrivals has helped these two cities to enjoy a property boom that is to all intents and purpose ludicrous. Melbourne and Sydney real estate has doubled in value since 2012 at a time when the world’s economies were generally in the shithouse. But things are not well in the Australian property market. This year property values have dropped off ever so slightly. Cooler heads would observe that this is just a much needed and very small correction to what are already enormous gains. But it couldn’t have come at a worse time for the Liberal party. What won it for Labor? This won it:

Now, they plan to plunge us further into debt to fund the infrastructure for the people who are going to replace us:

“His second term Labor government is promising to deliver more road and rail and plans to borrow $25 billion for it, doubling net debt to 12 per cent of gross state product.

“Before the election, he said his first order of business once re-elected would be to kickstart work on Monday on Melbourne’s $15.8 billion North East Link toll road.”

The new infrastructure plans for Melbourne are huge. They will need to be. Melbourne is one of the two main dumping grounds for the hundreds of thousands of people who come to Australia every year.

Melbornians are addicted to the Ponzi scheme and thus they have voted for poz. All the locals want to know is that the great immigration replacement scheme will continue unabated so that they may continue to enjoy the unearned fruits of massively inflated property values. I mean, if they didn’t have this new and wonderful wealth, what would they have to boast about while enjoying a latte in sunny Brighton?

Brighton, the most hard-core Liberal base in the city came very close to electing a candidate that Labor had fielded as a throwaway joke, a 19 year old kid fresh out of high school.

“For more than 150 years the seat of Brighton has not been touched by Labor hands. The electorate was considered so safe, Labor was willing to run as a token candidate a 19-year-old university student who didn’t hold a driver’s licence and two months ago wasn’t even a member of the party.

“Declan Martin probably won’t win the seat but he has given the Liberals the scare of the century.”

Labor promised massive infrastructure and that is code word for “continue to bring in the hordes” which keeps the property Ponzi scheme going, maybe, who knows. It’s the only thing that Australians, particularly those in the eastern major cities have right now. If that goes then the entire economy comes crashing down.

Australians aren’t stupid. They know on which side their bread is buttered. Take a few more years of your house going up in value, sell it and move somewhere overseas, and then drink white wine on the beach while lamenting how Australia has fallen to the foreign devils.