I’ve sat back and simply observed for the past few weeks the sheer lunacy of the confirmation hearing for new Supreme Court justice nominee, Brett Kavanaugh, in all its tragic pageantry, complete with supporting cast of overwrought Democrat senators, paid protesters, pro-abortion activists, and mainstream media dramatics. Overall, it’s been a crushingly disappointing spectacle of what should have been a rather sombre and dignified occasion befitting the importance of the position.

I’ve never seen such an ANGRY MOB of protesters fighting AGAINST our constitutional right to due process!

When the Left can’t win on ideas, they resort to destroying a good man’s reputation and ATTACKING the character of anyone who dares to stand up for him

The man in the centre of the maelstrom, Kavanaugh, having faced down hours of questioning by Democrats determined to paint him as a Goebbels-esque figure plotting the downfall of women’s rights from the bench of the Supreme Court, has conducted himself with a level of dignity and patience as befits his seemingly impeccable record on the bench, and his stature as an upstanding Christian and family man.

The patchwork accusations from a chorus of women, straight out of Democrat central casting, all allege variations on a theme of vague and contradictory 35-year old teenage sexual indiscretions involving drinking, with no corroborating witnesses. These would be impossible to disprove (or prove) given the passage of time and paucity of the evidence, however when surrounded by the usual handlers, lawyers and experts connected to the progressive media complex, have only further degraded the entire proceedings, and underlined for me the fact that a large swathe of the US population has cut ties with reality and the ability to parse information through an impartial lens.

Simply put – the Democrat “Resistance” failed to pin Kavanaugh with the label of “Sexist”, “Racist” or “Fascist” as is their modus operandi, so they opted for the nuclear option and went with “Rapist”.

The Kavanaugh hearing is thus simply the latest outrage sideshow, scripted and edited by the same activists who’ve concocted the moral panic of our times – thanks to the #metoo movement – the sudden realisation in recent years that Western women are enduring a “Rape Crisis”, and Western men in general are guilty by virtue of displaying toxic masculinity and supporting “Rape Culture”. Founded on junk science and questionable statistics, the narrative is spread by an activist academic class via a complicit media to a poorly-informed public who assume, naively, that the information they are receiving is credible. This moral panic underpins everything about the Kavanaugh hearings.

The narrative has a segment of society convinced that women in the modern West are imminently at risk of some or other form of sexual abuse and violence, whether they be students or Christians, with the likes of the ABC, the Guardian or any number of politicised news outlets only too happy to publish endless damning reports, statistics and opinions from leading academics and experts willing to expound on the horror.

Mainstream outlets tend to avoid publishing contrarian pieces however, which is always interesting, leaving the real research to alternative voices, such as this thought-provoking piece courtesy of Quadrant (what’s truly bizarre about this article is that it appears as the number one search item on duckduckgo.com when searching the misuse of sexual statistics, but doesn’t appear at all when searched on Google).

The internet is similarly rife with examples of hit pieces from noted “experts” (all of whom are linked closely to the feminist or progressive movement) condemning any and all dissent. Simply asking the question “Is there really a Rape Crisis?” is seemingly out of bounds, regardless of the author’s intent. This piece written by female commentator Caroline Kitchens, is an excellent example of what happens when a woman sticks her neck out and dares to challenge the rape culture orthodoxy. (You can read the original article published in Time Magazine here and the attack piece which appeared less than a week later here.)

This revealing piece about the trials of Laura Kipnis, a US college professor caught up in the witch hunt of the Title IX process (that rather curious social experiment in the US from the Obama era that sought to remove due process and the presumption of innocence from sexual misconduct investigations on US college campuses) is an archetypal example of the convoluted world of censure and secrecy that drives those determined to use the process to destroy the lives of others. Given the fascistic nature of the whole thing, it should probably have been renamed Title Nein!.

Bettina Arndt, well known conservative Australian commentator, is another that has regularly cast doubt on the “Rape Crisis” at Australian universities – as in this piece in The Spectator. Recently she has suffered the inevitable backlash from the furious harpies on the Left who petitioned to have her banned from discussing the subject at Latrobe University in Melbourne. God forbid students at that bastion of free speech are afforded an opportunity to hear an alternative world view.

As Arndt explained at a recent conference, according to laws being trialled in NSW in a sort of Victorian-era modesty play, consent may in future need to be sought constantly before, during and after sex, presumably by both parties, in a sort of “can I touch you there … how about now … are we still good …” running dialogue that’s hardly conducive to romance, but also ignores the fact that both sexes drink and engage in gamesmanship when it comes to matters of the genitals. Oh, and don’t forget post coitus to have the lucky lady or gent sign an affidavit confirming that he or she did indeed consent “at every stage of proceedings”. If you’re a bit of a player, maybe keep one or two in your wallet at all times.

#BelieveAllWomen then, unless their names are Caroline Kitchens, Laura Kipnis or Bettina Arndt, and they happen to disagree with the established ideology? I could add Ella Whelan, Christina Hoff Sommers or Camille Paglia to that list, but then they’ve probably been labelled “rapists” too.

The reality is that feminazis and their progressive allies desperately need a rape crisis in order to perpetuate the ongoing battle against men, particularly those of a heterosexual persuasion. What better reason to overturn the patriarchy, right? In no way would I minimise any individual rape case – our society is not perfect and obviously one rape is one too many – however confecting a massive sexual emergency in the West along the lines of #metoo and a faux campus rape culture not only delegitimises the very real victims of rape and sexual abuse across the globe, but is being used quite unapologetically in situations like the Kavanaugh case to further a progressive political agenda and bring about socio-political change via public pressure.

There is a reason why no Democrat politician, not one, has so much as expressed even tacit support for Brett Kavanaugh during the confirmation hearings. Instead, Democrats have monolithically backed the “we believe her” mantra, all but giving up on the notion that any of this is about uncovering the truth. This is about power – the power that those who wield the accusation have over those that are accused, and Democrat politicians have learned very well from their voters that to dissent from the party line would very likely mean a similar end for #themtoo. Just ask Senator Al Franken. 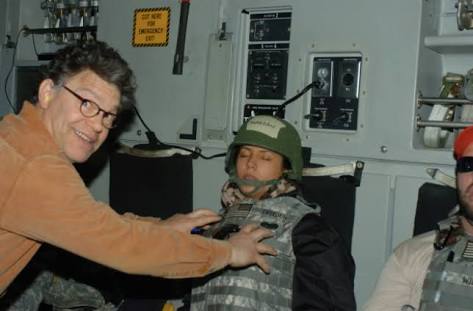