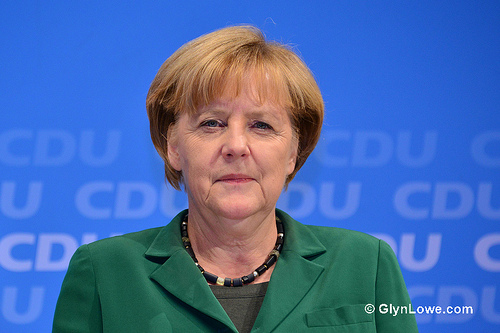 The worst leader Germany has ever had has announced plans to transition away from leadership of her party, the CDU, and not seek reelection in 2021.

“Angela Merkel, one of the most stabilising influences in the European Union, has told members of her ruling CDU party that she will stand aside as its leader in December.”

The fact that the opening sentence of the Australian article refers to Angela Merkel as “one of the most stabilising influences in the European Union” tells us that the Australian wants us to view Angela Merkel as a force for stability and order in Europe. That those rascal nationalists who oppose her policies and want her gone are all crazy, that Donald Trump, Matteo Salvini, Viktor Orban and Jair Bolsonaro are evil dictators despite riding to victory on tidal waves of popular support.

With its opening sentence the Australian wants to frame a globalist narrative around the news that the worst leader Germany has ever had is going to quit. The friggin’ Australian. The Australian is supposed to be that horrible, Murdoch-owned far-right rag that lends an air of intellectual credibility to the knuckle dragging rednecks who think that maybe we should reduce our annual immigration levels from “swamp with Asians” to “just steadily beat them down into submission with enough migrants each year to make the demographic shift inevitable”. That the Australian is a conservative paper is little more than another far-left talking point.

Adolf Hitler became embroiled in a war which cost the lives of 50 million Europeans. He openly stated in his book that he thought it was justified to kill Russians and steal their land. World War 2 led to the complete destruction of the old Germany, the death of 18 million of his own people, and the heaping of a legacy of guilt on Germans which cripples them to this day.

Angela Merkel has done something far worse. She has weaponised this German guilt in order to flood Germany and Europe with migrants from Africa and the Middle East. This has led to a situation which will likely collapse the European Union as states reassert border controls and squabble over who has to take the migrants that nobody wants and that Europe doesn’t need. It has undermined the demographic and cultural (ie, racial) diversity of Europe, as Europeans are told their countries have always been “a nation of migrants”, they don’t have a culture, and that if they identify as indigenous to their homeland then they are racist.

This trajectory leads us to one of two possible outcomes:

The fact that she is quitting, in the wake of continual winning by The God Emperor and A Emperador Deus across the pond, and with growing political opposition at the grassroots level, in the German parliament, within her own party, and throughout Europe, is the best thing to happen to Europe in a very long time, and may yet avert a descent into hell.

The rest of the article in the Australian is just fluff. Angela Merkel is quitting the presidency of her party and will leave the Chancellorship in 2021, but will likely be out well before. The German market is up, the Euro is down, the people rejoice.

And the Australian is a globalist rag.