They did it to Trump. They did it to Roy Moore. Now they have done it to Kavanaugh. Why am I still shocked by it? I don’t know, but I am.

Maybe this time it is because they have taken it a step further. 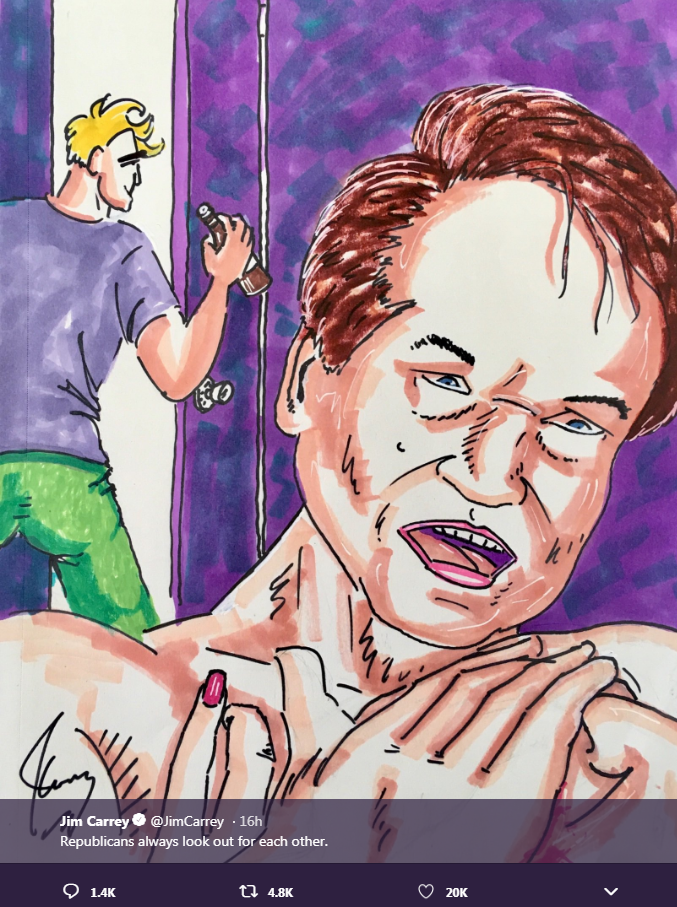 I only have one point to make.

Notice that the focus is not on Kavanaugh or the WOMAN, but on the guy closing the door; one can hardly conclude otherwise given the caption. This generic Republican wingman is not a depiction of Jeff Flake or the late John McCain. He is a deplorable. He is me. He is you. He is everyone who doesn’t want to see Kavanaugh hung from a lamp post by an angry mob while Merrick Garland is sworn in as the new Supreme Court Justice.

“Republicans always look out for each other.”

The purpose of this is clear – they are planning for what is to come. If – or maybe when – Roe v Wade is overturned, it will have been overturned by a rapist Supreme Court justice appointed by a rapist President for the specific purpose of enslaving WOMEN in a national baby plantation. Books will be written with titles such as: ‘Rigged: The Secret Story of how Vladimir Putin Hacked Your Uterus’. The media will write hagiographic featurettes of women who kill their kids in defiance of the law as they are charged and convicted of murder by a justice department which is, of course, filled to the brim with rapists.