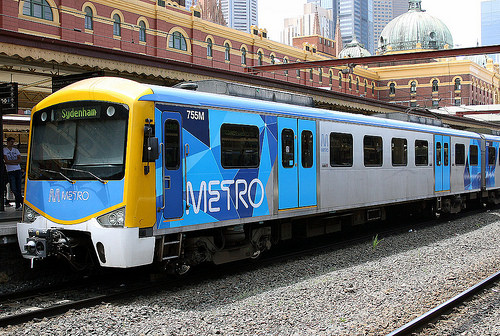 Quote of the Day goes to Dvir Abramovich of the Anti-Defamation Commission, who has made it abundantly clear that it is not okay to call someone a “nazi”, with regards to comments by Mark Latham against idiot Victorian Transport Minister Jacinta Allan’s decision to suspend Sky News from airing at Victorian train stations:

Anti-Defamation Commission chairman Dvir Abramovich said today the debate on the issue was legitimate, but urged commentators to steer away from comparisons with dictators which downplayed genuine crimes that had been committed.

“While I understand that there are strong views regarding this issue, Mr Latham’s inappropriate comparison of Jacinta Allan’s decision to Nazi Germany is insensitive, outrageous and needlessly causes further pain to survivors and to their families,” Dr Abramovich said.

“Yes, the debate about pulling Sky News bulletins from public train stations is a legitimate one, and people are entitled to disagree with the government’s stance. However, it’s a gross and odious distortion of history to compare Ms Allan’s actions to Goebbels’s genocidal propaganda.”

You heard the man, calling someone a “nazi” is hatespeech.

We expect apologies to come thick and fast over the next few days from Australia’s media and political establishment to Blair Cottrell.