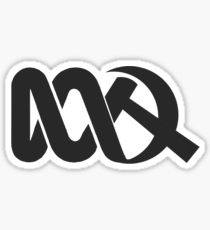 A favourite game of what-if historians is to ask the question, “If you had a time machine, and you could only remove one of the worst mass murderers of the Twentieth Century, whom would you take out: Stalin or Mao?” Similarly, Australian conservatives would love to remove the federal funding for a range of leftist propaganda platforms, but expediency, in addition to learning from how the left operates, teaches us that it is best to focus our efforts on one head of the hydra at a time.

It is with this in mind that members at the Liberal Party Federal Council passed a motion to privatise the ABC:

“Liberal Party members have voted to privatise the ABC at a meeting of delegates from across the country.

“The motion read ‘That federal council calls for the full privatisation of the Australian Broadcasting Corporation, except for services into regional areas that are not commercially viable’.

“Mr Collier told the meeting there are ‘several ways’ the ABC could be privatised, the publication reported.

“‘There is no strong economic case for a public broadcaster in 2018.’

“But Federal Treasurer Scott Morrison shut down the policy, saying ‘the government has no plans to privatise the ABC,’ 7 News reported.

“‘In the Party it’s the parliamentary wing that determines policy of government… the government has no plans to privatise the ABC,’ he said.”

There are several points we can take from this.

Firstly, this young Mitchell Collier is based.

Secondly, 2:1 support for privatising the ABC amongst Liberal Party members is a really big deal. It indicates that such a policy would receive strong support from its conservative base.

And thirdly, the fact the parliamentary wing of the Liberal Party has not taken the opportunity to make privatisation of the ABC a Federal policy indicates that our leaders have the genetic predisposition of lemmings.

The ABC is literally a propaganda outlet for the left. It skews our entire political system by either giving support to Labor and the Greens, or criticising Labor and the Greens from the left. It skews the cultural landscape of Australia by pumping out relentless left-wing propaganda with regard to immigration, economics, international relations, the environment, education and identity politics. And it skews the media landscape in Australia by providing a billion-dollar-publicly-funded behemoth which gives the false impression that left-wing culture and politics have resonance in Australia, when in fact left-wing publications and cultural outlets actually struggle to make a buck.

In this context, Scott Morrison’s line that the ABC “has to live within its means” is meaningless. The decision to temporarily freeze the increase in the ABC’s budget is a good start, but it is only a start. The ABC sucks a billion dollars which we can’t afford every year out of our own pockets, and it uses it to subvert our nation.

Previous polls on The XYZ have indicated overwhelming support for privatising the ABC, and it is time to ask the question again: