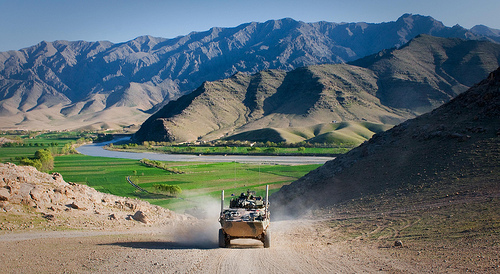 I happened to be one of those few and proud individuals of this fair land that can say that they’ve sacrificed an enormous amount of time and energy in the service of our nation’s interest. I served as a rifleman in the Australian Infantry Corps not by force or coercion, and not merely by a firm belief that this nation and its values and traditions are worth defending, but also because we have a great deal to offer the world in the way of intervention, reconstruction and guidance to other forces and populations that are in need of assistance.

It’s for these reasons that I find it infuriating to hear people – mostly spiteful derelicts who’ve made terrible life choices – disrespect our nation’s proud tradition of producing some of the finest soldiers modern warfare has had the pleasure of presenting to the blessed War Gods. The usual self-righteous smear of our troops is a retort to the famed sentiments of ‘these guys give you your freedom to disrespect them’, or ‘show some respect, these guys fight for your freedom’. Both noble and humble statements, and I for one thank each and every single person who makes such proclamations and holds such respect in their hearts. You really are the heart and soul of one of the greatest nations and most equitable functioning societies in human history.

It’s unfortunate that some would prefer to take the desperately controversial opinion that our soldiers are not worthy of admiration on account of the absence of a clear cut fight for freedom that they partake in. But you know something? I get it. No, I really do. It’s no longer good enough to proudly proclaim that our soldiers are presently in a defensive posture against a direct and immediate threat to our freedom, sovereignty and well-being.

But this doesn’t mean that you should stop being proud and it doesn’t mean that soldiers don’t fight for the freedoms that we enjoy. Western civilization is – with the increasing exception of Western Europe – a free society. Free societies don’t just remain suspended in an untouchable realm of chaos, without some kind of threat of force against those that find reason to do us harm. Any interference to our way of life, be it economic sanctions, cyber-crime, criminality or terrorism must be met with robust resistance.

The most prudent way of conducting such a resistance would be to start by making all stakeholders and would be aggressors aware that meddling with Australia’s interests is not in anyone’s interests. Should this prove futile however, there comes the need for force. Our enemies no longer need to load up aircraft carriers and sail through the region, plundering as they go in order to threaten our way of life. They hack our government’s databases, radicalise our migrant population and use a host of subversion tactics to pervert our system, weaken us and make us lose hope in our institutions and authorities.

Without the threat of some kind of force being used upon these vicious pieces of filth, there’d be no decent way of life, and it’s the height of naivety to think our enemy would allow us any form of real freedom after having struck a blow. That would kind of defeat the purpose of meddling with us in the first place. Why would Russia, China, Iran, Al Qaeda or any other belligerent, launch operations to control our population only to give us the freedom of unshackling ourselves from their control?

Take for example our arch nemesis in Afghanistan. The Taliban unabashedly gave asylum to Osama Bin Laden and allowed him to set up training camps and launch aggression against the West, and there’s no reason to believe that they wouldn’t do it again. Bin Laden’s grand plan was to pretty much have a 9/11 every other week and garner massive support from the world’s Muslim population whom he believed should be poised for violent conquest. In other words, making Western civilisation a very un-free place to live.

However, a sound pummelling of the unilateral invasion type swiftly saw an end to any hopes he may have had on making us live without our valuable liberty. ISIS were another aggressor who enjoyed using the land they seized as a base from which to radicalise and mobilise their sleeper cells in the West, with the desired effect being much like Al Qaeda’s. They too found themselves on the receiving end of a glorious walloping provided not only by Western forces but some of their fellow Sunni brethren.

If tomorrow, Iran began to hack our government databases, were asked ever so politely by Prime Minister Turnbull to desist, yet continued to do so, we’d obviously need to pursue more forceful measures, as it would be safe to assume that they have no intention of allowing us freedom to do without their influence. We’d probably need to call upon our Western allies, form up en masse in Israel or the UAE and tell them in the most eloquent manner: ‘Go on c—s. Do it again’. For their own sake one would hope that they’d see the error of their way and behave accordingly. If not, see examples A) and B).

The threat of force grants us our freedom folks. That’s the long and short of it. Not something you can explain very easily to your 9 year old but it’s the truth nonetheless. As Jack Donovan most eloquently asserted, violence is the ultimate answer to the question ‘and what if I don’t co-operate’? So let’s say, I – the aggressor – do what I wish to you and it happens to not be in your interests. You tell me not to and one way or another the question that eventually arises is ‘or what?’

Our nation and Western civilization as a whole is kept free because of the exertions of the men and women who sign a piece of paper that puts their arses on the line and places them squarely in the arena of combat, where they courageously stand willing to tear the face off any fucktard that has the audacity to pose the question ‘or what?’ to us.

If that’s not fighting for freedom folks, then I don’t know what is.