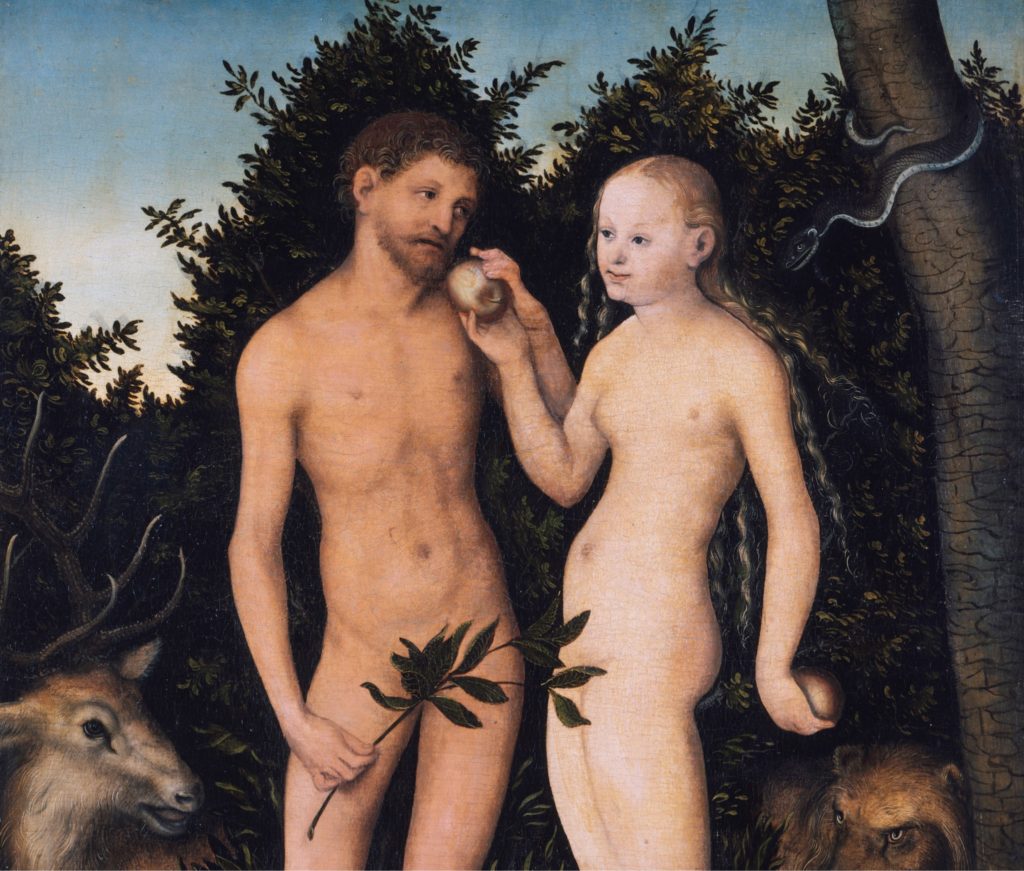 Now the serpent was more crafty than any other beast of the field that the Lord God had made, and he spoke not to the man who was created to lead the human race, but rather to the woman, saying: “Did God actually say, ‘You shall not eat of any tree in the garden’?”

The man did not manterrupt her to correct this slight exaggeration of the actual prohibition of God which only concerned the consumption of the fruit, and so the serpent said to the woman, “You will not surely die. For God knows that when you eat of it your eyes will be opened, and you will be like God, knowing good and evil.” So when the woman saw that the fruit of the tree looked really shiny and good to eat, she took of its fruit and ate, and her husband WHO WAS RIGHT THERE WITH HER did ABSOLUTELY NOTHING TO STOP HER FROM DOING THIS. Then she also gave some to her husband, who also ate it like a spineless soy consuming invertebrate.

So you see, feminism is not merely an example of cancer as Milo says, feminism is actually the archetypical cancer to which all other cancers can attribute their existence.