In subsequent years, lone wolf conservatives found that their Facebook newsfeeds reflected the left-wing bias that exists in the MSM, education centres and inner-cities of Australia. We honed our skills debating multiple acquaintances at once, and we developed networks of friends and friends of friends who held similar conservative, libertarian and nationalist views.

One branch of my own network founded The XYZ, and since launching we have connected with multiple others. By the time of the 2016 Brexit vote and 2016 US Presidential election, these networks had combined across the generations, the world and with networks on other websites such as YouTube, /pol, Twitter and Reddit to form a formidable army ordinary people opposed to the left wing narrative which is heading our civilisation over a cliff.

Then the owners of social media realised that if they wanted our civilisation to really go over a cliff, they would have to do something about us.

I’m surprised they let us operate so freely before they started cracking down. Shadow bans, suspensions, and outright bans on Facebook are a part of daily life for conservative activists. Combined with the the Facebook data retention scandal, this has provided the impetus for conservative content creators to move to “alt-tech”.

The XYZ has over 10,000 followers on Facebook, something we have worked very hard to achieve. However, we are encouraging everybody who reads The XYZ to start setting up social media accounts on the following two platforms:

And contribute to our helicopter fund on Patreon:

I don’t believe the death of Facebook is imminent, but its slide has started. I don’t know if Minds or Gab are going to be successful in the long term, but at the moment they appear to be the best alternatives to Facebook and Twitter respectively.

I don’t believe we will ever see another Facebook, in the same way that we will never see another Beatles. Facebook was created at a unique time and place. It was the market leader in social media, and then it became a giant life-sucking virus on the human condition. I expect social media to become more fragmented in the future, thus the need to work across multiple platforms.

Another thing to keep in mind is that for now platforms like Minds and Gab express a commitment to free speech, but don’t expect that to last. The eye of the MSM, the deep state and the globalists fixes very quickly on any platform, group or movement which threatens their control. If one of these platforms grows too big, rest assured that pressure will be applied, commitment to free speech will end.

I predict that conservative activists and globalists will continue to play a game of cat and mouse, with conservatives jumping from platform to platform until they are all shut down. The goal is to red pill enough people before then.

And this leads to my final point.

Free speech is a great idea. It mellows people, it moderates opposing sides, and fosters the stability which allows civilisation to flourish. But it is as fragile as the paper a constitution is written on. It exists only as long as the system set up by a constitution can remain effective. 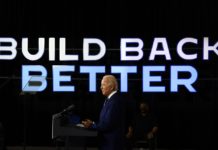