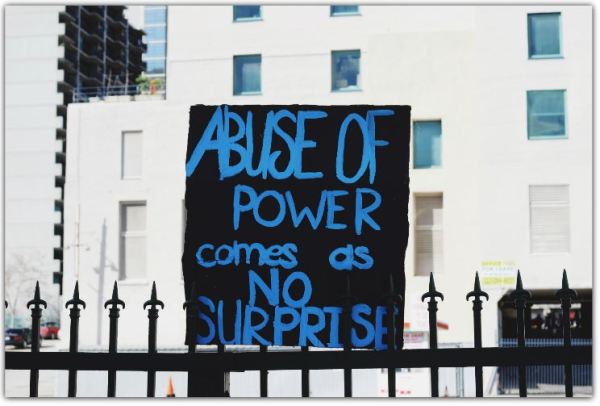 Political correctness in its excessive form is the secular equivalent of Shari’a law. It might not have the full judicial weight of Western law behind it yet, but that doesn’t mean people aren’t trying to manipulate the system so as to implement it.

Adherence to political correctness is fanatical. It’s designed to control what and how you think, making sure you comply with the laws outlined by modern liberal overseers. These overseers are most often professionals who say that they don’t believe in absolutes, but issue orders in absolute terms: “You are what we say you are, you will speak and think as we tell you to or else!” They are professionals who have, as we’ve witnessed since Trump was elected, sought to wage a jihad against conservatives and those allied with the concerns of conservatives.

Throughout the years I’ve had three personal encounters with professionals along these lines. Each encounter has given me an insight into how excessive political correctness is having a negative effect on society, trust and relationships as a whole.

The first involved a co-worker who assumed that I was being racist when I used the phrase “these kinds of people” in response to being hammered by telemarketers from India. Though it was clear that I was voicing frustration at telemarketers taking up work hours, (called time theft), this didn’t stop my co-worker from trying to find some hidden racism in my quick reply. He was more concerned about my phrasing and what possibly laid behind it, than he was with the complaint that wages were being spent answering unsolicited phone calls unrelated to customer service.

Over the process of an hour and a few email exchanges with management, who had now gotten involved, things were clarified and sensitivities were appeased. Even though my phrasing of “those people” meant unsolicited calls from telemarketers, and not a racist remark towards Indian people, I was, through the event, forced to be anxious about and super-sensitive with my words.

The second incident involved a foreign-born medical professional on a routine visit. He took a disliking to the fact my wife and I homeschooled. He had no grounds for this, but took it upon himself to hound me for forty minutes about socialisation, ignorance and yes, racism. He proceeded to tell me that kids teach kids, they learn and should learn from one another. He argued that they can only learn about differences between cultures and religions from being in the education industrial complex.

I was uncomfortably on the defensive. Although I informed him that we have a NSW board of studies representative and are registered with them, he was determined to be right; adamant that I was wrong. Although I made every effort to help him understand that our curriculum was in line with the Australian Curriculum standards, this medical professional assumed that because I was white, and a Christian, we were being prejudiced and teaching our children to not only be ignorant of the world, but to hate those who are different.

The third, most recent incident was when another medical professional lightly scolded me for using the politically incorrect term, “colour blindness”, instead of the politically correct term, “colour vision deficiency”. This professional made a point of telling me, with conviction, that the term “colour blindness” wasn’t “kosher”. Despite the terminology being widely used, it was considered offensive and insensitive for not applying the “authorised version”; the “correct” or allowable terminology.

This, however, begs the question. If I was so wrong, why does Google return 3.91 million hits under the term “colour blindness”? Why is a website, which says its aim is to raise awareness about “colour vision deficiency”, actually called “Colour Blind Awareness”?

My position here isn’t reactionary. It’s an attempt at a well-considered expositional brief of a reactionary position forced on society. I say forced, because it hasn’t arrived by way of democratic consensus, nor has it arrived by scientific reasoning and rigorous debate. It has arrived by way of emotionalism, where feelings come before facts and seeming to be doing is the only thing necessary to prove whether someone is guilty or innocent.

All of this suggests to me that people are making political correctness up as they go. They acquire a form of consensus from like-minded individuals who then punish, or ridicule into submission, those who aren’t aware of the rules. This isn’t science or logic, it’s law by whim of the ruler; in other words, it’s a regression back into absolute monarchy. The only difference is that the absolute divine right of kings becomes the absolute divine right of the individual, through which the individual is either deified or deifies themselves.[i]

It’s a lot like school. The law of the playground applies. One minute the sports shoe trend is Nike, the next it’s Reebok. After that it’s this band. The next day, it’s another band. Any and all who disagree are ostracised or treated as ignorant and irrelevant for not being up to date on the latest and greatest.

In other words, political correctness isn’t something that has been freely accepted and rationally agreed upon. It’s not in line with common law [ii]. The politically correct are a law unto themselves. As such, the politically correct impose new cultural laws on society, at the whim of those creating them. Everyone is assumed to have been acquainted with these new cultural laws. Anyone found to be unaware of them pays the price by being reeducated, or embarrassed in front of others. They face unnecessary hostility, or ironically, abuse, condescension and some times, insensitive correction. 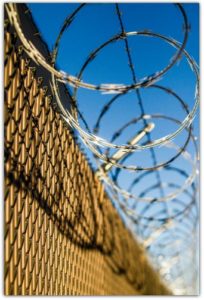 Political correctness in its excessive form is the secular equivalent of shari’a law. To be outside political correctness is to be outside the religion. Those outside the cult of modern liberalism that currently rules the Left, are considered “deporable”. These “deplorables” are insensitively accused of insensitivity. With abuse and disrespect, they are abused and disrespected.

In fact, as has been seen since Trump was elected to the presidency in the United States, it’s considered acceptable by the politically correct to hate anyone outside of their religion. “Deplorables” are infidels. The only choices are convert, keep quiet and pay a tax, or die.

Actions speak louder than words. For as long as the politically correct preach from the political narrative of “love trumps hate”, yet continue to unreasonably hate on Trump, responsible Trump voters[iii] and anything they perceive as being a threat to their power; the lip service the politically correct give to love will remain a confusing enigma, fused with dissonance, exclusion, prejudice, deification of self, partisan politics, manipulative propaganda and logical fallacies.

“A writer who says that there are no truths, or that all truth is ‘merely relative’, is asking you not to believe him. So don’t.” [iv]

[i] For more on this I recommend Jean Bethke Elsthtain’s 2008 publication, ‘Sovereignty: God, State and Self’.

[ii] ‘The goal of the common law is not social engineering but justice in the proper sense of the term, namely the punishment or rectification of unjust actions.’ (Roger Scruton summing up a point made by Friedrich Hayek, Fools, Frauds & Firebrands, 2015)

[iii] This isn’t saying that the far-right don’t do this. Historically we know they do and have done so. However, in the current socio-political climate, the Left dominate this arena with their own vile version of tyranny masked as good intentions. Such as libertarians who believe people should have the freedom to drink and drive.

[iii] By responsible Trump voters I mean those who think before they vote; the average citizen, not the far-right or alt-right.