If you’ve been paying attention, it may have come to your notice that middle class lefties really don’t like Australia very much.

And by very much, I mean at all.

They hate our flag, our anthem, our constitution, our history, our culture, our people, Australia Day, Anzac Day and even Crocodile Dundee.

If you remained in any doubt you certainly would have been convinced by the recent scenes on Australia Day in Melbourne where a crowd of 10,000 or so middle-class lefties cheered in delight as an obese indigenous tax grub screeched: 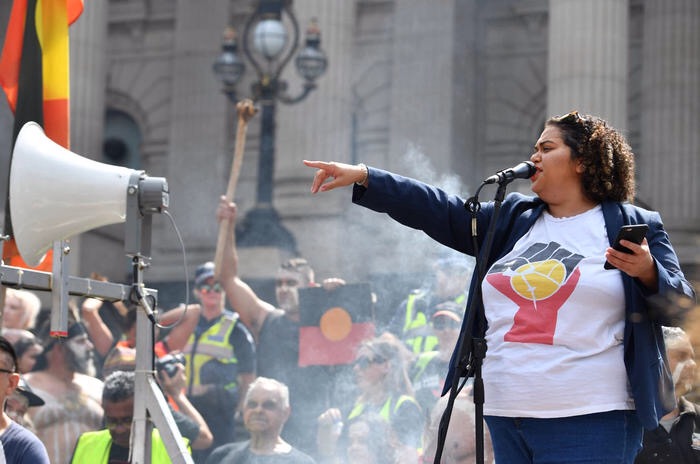 Bear in mind, the crowd of privileged pale people enjoying a nice sunny day out during bushfire season didn’t sombrely listen to the words of Tarneen Onus-Williams and concede that despite her profanity she might have legitimate cause for grievance.

No, they smiled and waved and cheered their hearts out; they whooped and yelled their approval of the woman calling for the country their ancestors created to be annihilated. If it were in more olden times they may have cast their hats in the air in celebratory glee.

It’s worth remembering (since if you only paid attention to the Australian press you wouldn’t realise it) but this is seriously unusual behaviour. And when I say unusual I mean for humans. 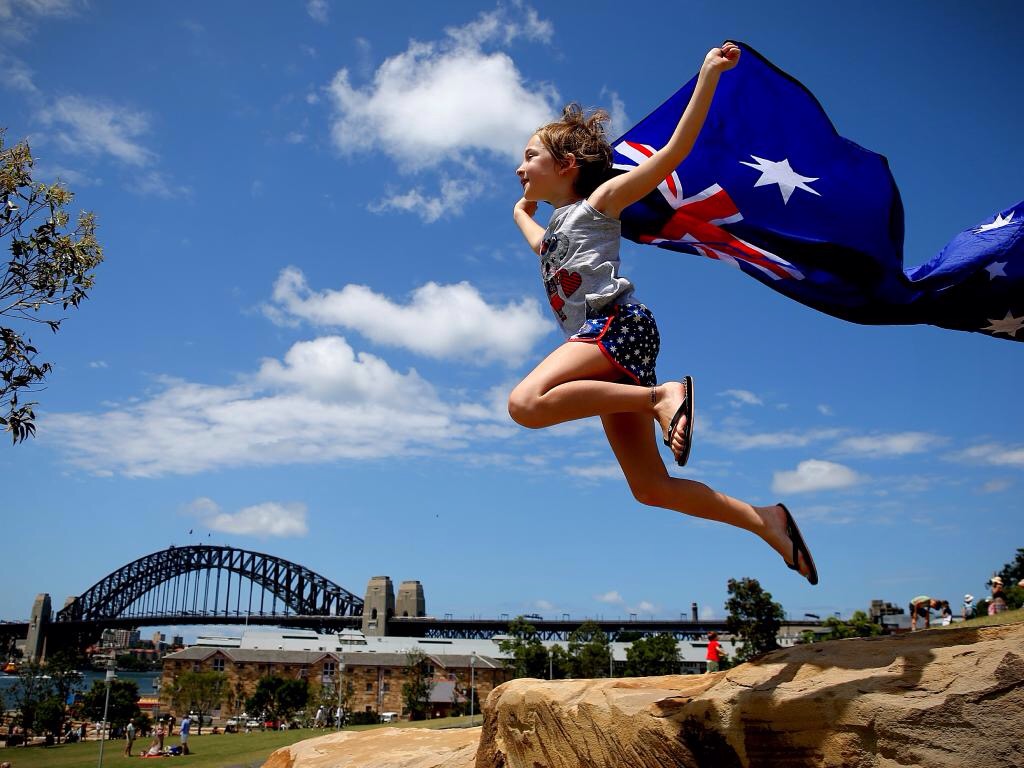 These people are more or less spitting on their ancestors’ graves and declaring that they have no right to be in the country that they are currently living in, whilst having no immediate or even long term plans to leave. It’s downright bizarre.

I’ve met Leftists all over the world and outside English-speaking nations – this simply doesn’t happen. No matter how left-wing politically you might be, it would be considered slightly unhinged at best for anyone in Latin America, Asia, Africa or even most of continental Europe to start burning their own flag and denouncing their own ancestors. 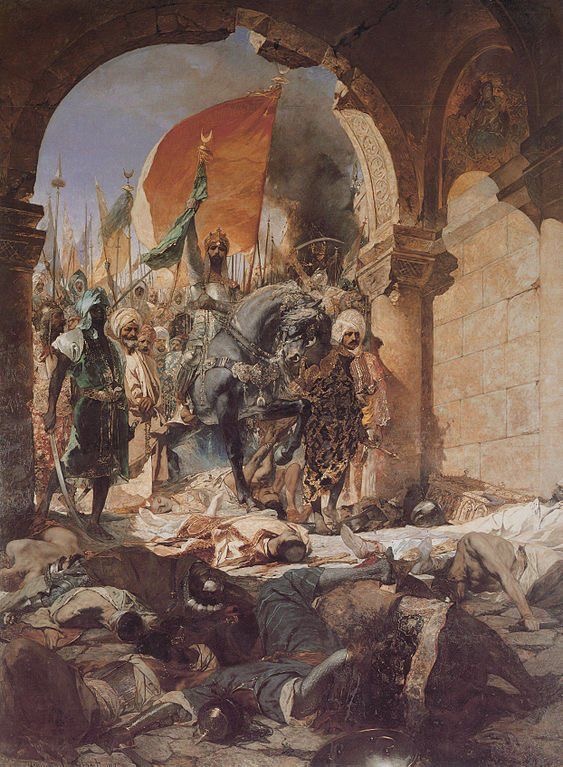 This is seriously aberrant behaviour. Regardless of what they think of their own history, normal people worldwide simply don’t behave like this. While many Australians of good will might understand why Aboriginal people wouldn’t want to join in the festivities on Jan 26th, the self-hating behaviour of leftists with Anglo-Celtic heritage is bewildering. 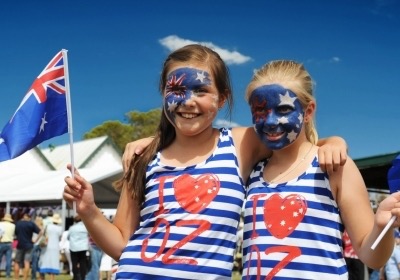 So what causes it?

For the average middle-class lefty, it seems to be a form of status signalling. All modern politics is ultimately tied to identity and who we see ourselves as. To an Anglo-Celtic lefty that identity isn’t the ethnic and cultural legacy passed down to them by their ancestors, but rather their identity AS a middle-class lefty in and of itself.

Such people are likely to see themselves as “citizens of the world” who have outgrown such base identifications as nation, heritage and people. Their deliberate and ostentatious crapping on the symbols of their own birthright is their way of loudly and proudly declaring their pride in their identity as enlightened inner-city leftists.

For them an “Invasion Day” march isn’t anything to do with sincere regret for the displacement of indigenous tribes, but rather a declaration of pride in what they consider to be their new community. It takes on an almost ritual aspect as they are cleansed of the identity with which they are born and take on a new, nobler one as a member of the enlightened elect.

Of course, for them to be elect, they must have someone to look down upon. The smaller the differences between identity groups often the more vigorous the cultural displays become in order to show that: “no, we are not like them over there” (see: Croats and Serbs). 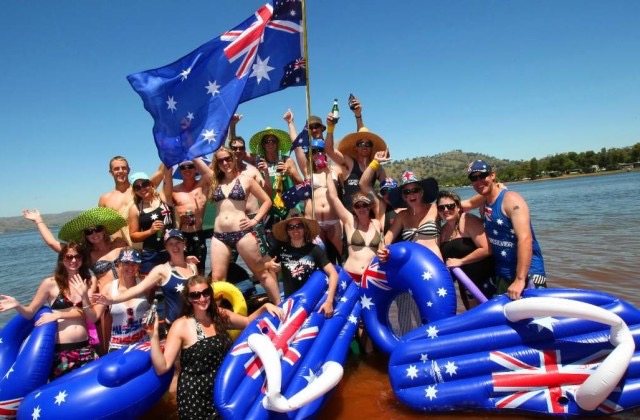 When they spit on and burn the flag and denounce their own ancestors, culture and people in the middle of the street, on the public holiday set aside for celebrating all of the above, and do so in a large crowd in front of journalists and news cameras, the middle-class inner-city lefty isn’t really saying anything about Aboriginal people at all.

What they are saying is that they’re not one of us. That they aren’t a stupid, mouth-breathing, rednecked Bogan who doesn’t even have an arts degree. They’re screaming as loud as they can that they aren’t tied to their people, their culture and their history. They are proudly proclaiming that they are better than the rest of us, superior, more progressive, more free-thinking, more open-minded and tolerant. 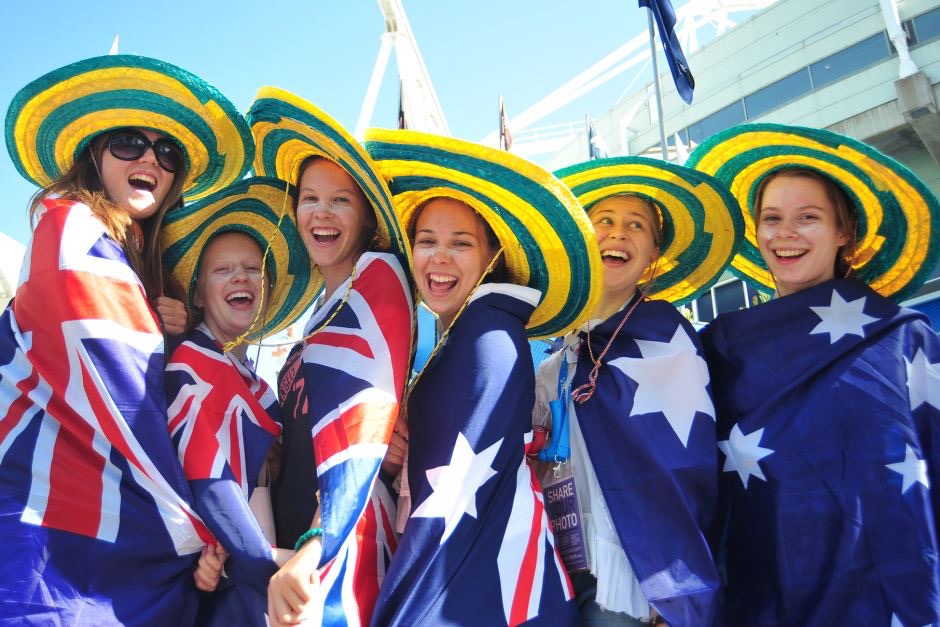 Not like those other people over there waving their flags and cooking their snags. Not like those stupid, horny-handed working-class types who didn’t even go to university. Despite their protestations to the contrary, they don’t feel any genuine guilt for past or present injustices; people sincerely wracked with guilt find it difficult to look that smug and self-satisfied.

The reason they have to scream their disavowal of the rest of Australia so strenuously is that they aren’t actually all that different from the rest of us. They come from the same ethnic and cultural background, sometimes even from the same families. Most of them grew up in the same suburbs we did and most went to the same or similar schools. While some of them certainly are of more refined backgrounds, the ones screaming the loudest are usually one generation removed from the working class outer suburban Bogan “rednecks” they so clearly despise. 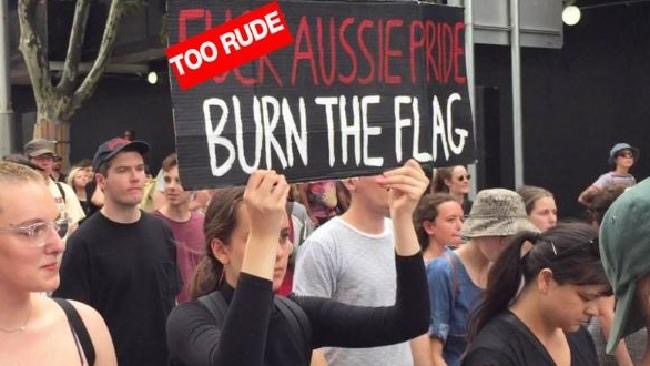 Despite their pretensions they aren’t particularly special at all, and I suspect that this has been a nagging itch in the back of most of their minds for most of their lives.

But now they have a solution; now they can be special with one easy trick. All they have to do is leave behind any vestiges of an identity they probably never felt much attachment to, and emerge free from their baptism a member of the very-special-people who think-enlightened-thoughts.

There are, of course, other reasons, and the extreme left who do a large proportion of the on-the-ground organising for such events have other, more complex, sinister and ultimately unhinged motivations. But for the average middle-class, mediocre lefty, the answer usually isn’t that complicated.

They want to feel special. Sadly for all involved, Aboriginal people are at best just a prop to help them feel exceptional while they live disconnected, semi-anonymous lives in cities so full of people they can seem like anthills. After all, for all their public crying and wailing about our poor indigenous brethren, the people who volunteer to work in remote communities are overwhelmingly conservative religious types motivated by faith, not inner-city lefties motivated by self-righteousness.

Our education system, our media and our modern crop of “public intellectuals” give them an easy path out of normality. An easy way to prove that they’re not mediocre, that they’re a part of something bigger than themselves, that they have no need to fight for the interests of their own group because they are better, wiser and more moral than that.

And in order to get that feeling of self-righteous superiority they’re willing to destroy everything our people have built.

Everyone wants to feel special. No matter what the cost.