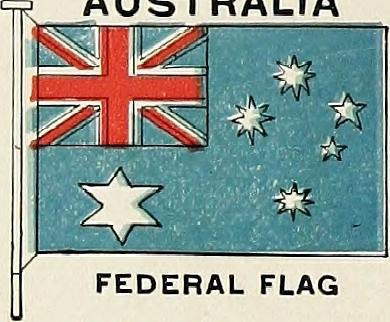 The concept of white European people taking pride in their race is undoubtedly an anathema to many in modern Western culture, so deeply influenced by Cultural Marxist-inspired “political correctness”. So deeply entrenched is politically correct dogmatism nowadays, that being perceived as advocating for the white European race in any way, has become very much a modern social taboo, that even a great many mainstream Western conservatives will shy right away from.

In fact, one of the most vehement dictates of politically correct dogmatism is that white European people, as a collective group, must never be given any credit for anything positive. This reflects the extreme anti-white bias of political correctness, that holds that white European people are basically an exploitative, evil, predatory, oppressive race, with nothing to be proud of, and everything to feel ashamed of and feel guilty for.

That white European people collectively own most of the world’s wealth, and have historically outperformed most other races in many fields of human endeavour, is perceived as being a great injustice, and is deeply resented by the politically correct, hell bent on absurd notions like achieving some kind of “social equity” between individuals of often arbitrary groups (like races or genders).

Rather than being perceived as being the deserving beneficiaries of their own collective progress, PC dogmatism insists that white European people are the “undeserving beneficiaries” of “undeserving white privilege”. And anyone perceived as daring to advocate for white people is also deeply resented, and is deemed automatically wrong, and automatically a “racist” – the modern equivalent of being a heretic.

Meanwhile, non-white pride and advocacy, especially amongst the least progressive ethno-cultural groups, is fully encouraged and promoted by the politically correct. For example, in Australia, Aboriginal advocacy is strongly applauded, whilst in the USA, the “Black Lives Matter” movement is much admired by politically correct Leftists.

But where is this mindset taking Western civilisation, our unique ethno-cultures, and our unique ethnic-based nations? Is there a price to pay for the embrace of these extreme anti-white PC values, and the loss of racial solidarity amongst many white peoples of the world?

The answer of course, is overwhelmingly YES. As white, Western nations see our White birth-rates fall to alarmingly low levels, politicians seek to offset this by importing large numbers of non-whites as immigrants.  The racial make-up of a great many Western nations has dramatically and alarmingly changed, and the socio economic costs of this should be obvious.

Recovering white European birthrates has been put in the “too hard” basket by politicians, whilst the increased importation of non-whites has provided white-hostile Leftist political parties with a growing voter base.

The fight to preserve Western civilisation and its unique nations and cultures will likely come in many forms; and some forms may be easier and more fashionable than others to advocate.

But it is likely essential at some point that White European people regain a sense of self-worth, a racial consciousness, and a sense of solidarity and kinship with each other. Failure to do so, will only seal our racial demise. Whilst it should also be emphasised that every individual Western culture is unique and valuable, political strength often comes from solidarity and numbers, a lesson well learned by non-white minorities in Western countries.

However, that said, pride is an inclination that can certainly come with pitfalls. Contemporary manifestations of “white pride” often evoke negative imagery and suspicion – and reaffirm to the politically correct that white people can never be trusted with ANY form of pride. PC fears about the “thin end of the wedge” unfortunately still hold great clout with many.

According to evolutionary psychologists, pride is a complex emotion that basically comes in two different types – the hubristic and the authentic.

Hubristic pride is often related to egotism and arrogance, grandiosity, aggression, low self-esteem, narcissism, and being prone to shame. White advocacy needs to avoid this.

By contrast, authentic pride is related to being emotionally stable, agreeable, conscientious, productive, fulfilled, confident, and feeling genuinely good about oneself and one’s own.

Adolf Hitler and the Nazis were probably the most infamous recent example of a hubristic white pride, taken to the extreme, although it should be pointed out that their ideology was really a form of pan-German imperialism. And in part, their legacy has now left the Western world at the opposite extreme, where instead of feeling pride, many white people now feel it’s opposite; racial guilt – which is often even held up as being a virtue by the politically correct.

Nowadays, many white people lack racial consciousness, so that indifference, ignorance, and even racial self-loathing have become dominant.

Ultimately, the battle to preserve Western civilisation is a MORAL battle, and in order to succeed, and win back the high moral ground in the public domain from the anti white agenda of Political Correctness, white activists must portray themselves wisely.

And so white European people must regain a sense of pride, but this must be an authentic, NOT a hubristic pride.

This article was originally published at protectionist.net. 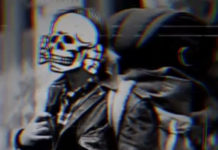 Your life doesn’t belong to you: It belongs to the race