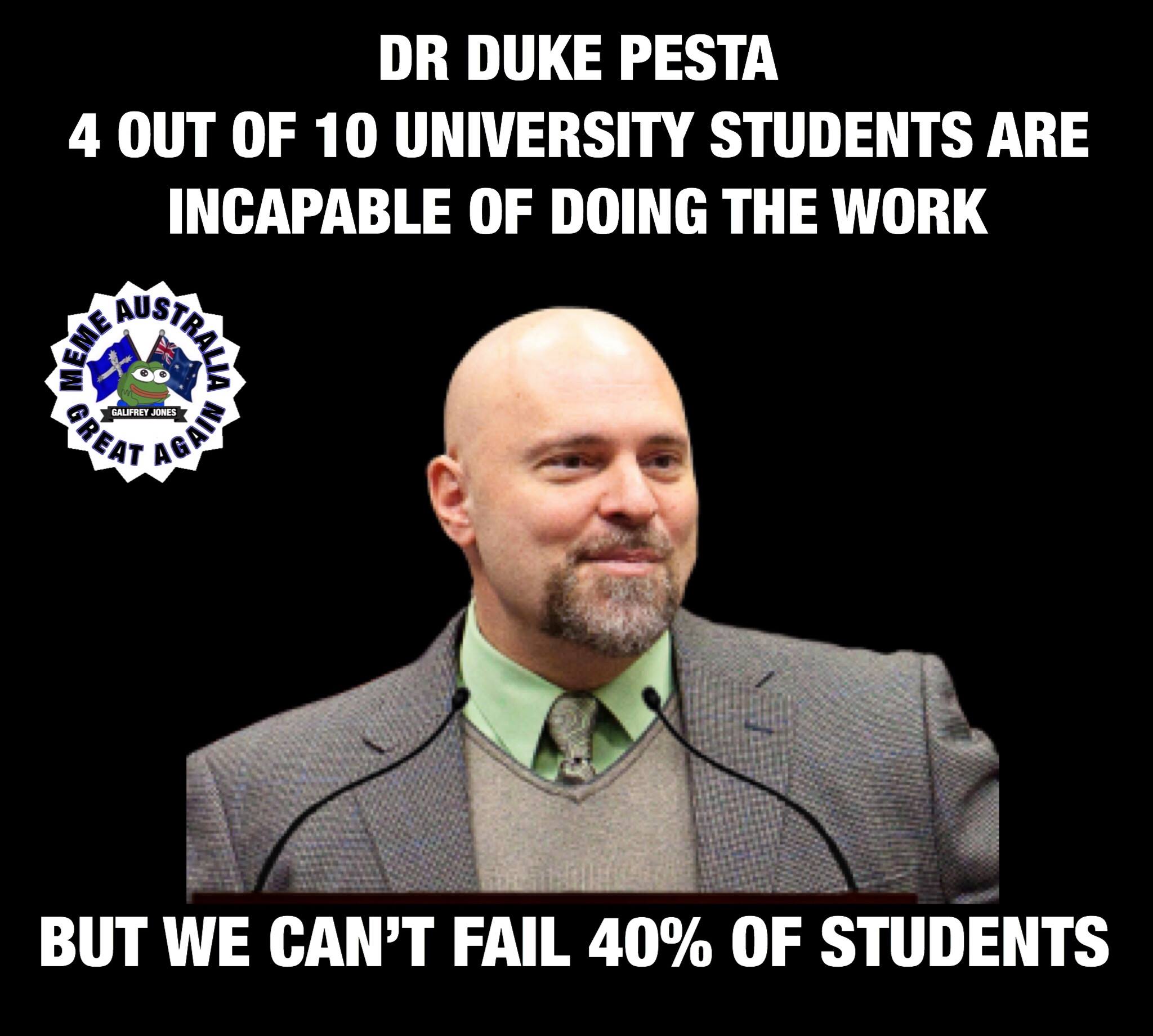 Many of the Vice Chancellors of Australian Universities earn more than $1 million a year, some much more. Compare that with the Prime Minister who currently earns a little over $500,000. Surely running a University can’t be a bigger task than running the country. And many of these Vice Chancellors also get very generous non-salary perks like First Class international air travel for themselves and their partners, as well as high levels of superannuation.

Maybe these big packages would be warranted if there was a direct relationship between the standards achieved by a university and its CEO’s salary package. But the reverse appears to be the case – VCs’ salaries have risen sharply as standards have fallen in all universities. And why is this? Well, because universities are funded according to the number of students they enrol, not by the standard or even the number of people who graduate successfully. Payment by the number of “bums of seats” leads to the universities actively encouraging less able students to enrol, and standards fall.

There are many losers here. Firstly, there are the less able students who come to university instead of taking up a trade or following a more suitable job pathway, and end up with no degree at all, or a degree that doesn’t open up any career opportunities but are burdened with a huge HECS and HELP debt.

Secondly, there are the bright students who are held back because of the diversion of staff time and resources to support the poorer students.

Thirdly, there is the community as a whole that needs plumbers, electricians, carpenters and brick layers and has to pay through the nose for these services. Think how much better it would be if the students lured into university and then failing, went instead into a trade.

But, of course, the one group that doesn’t miss out are the Vice Chancellors, who pocket their inflated salaries because they achieve that important KPI.