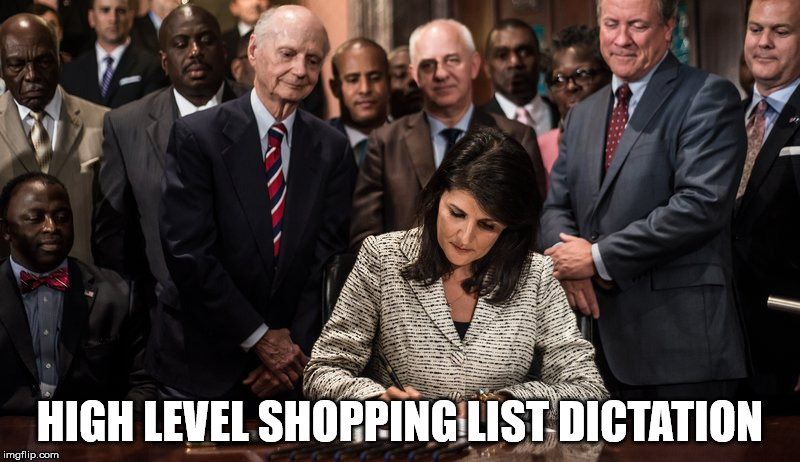 Regular readers of my blog might be under the impression that I have it in for the wymens. They would be right. I abhor the collective socialist mindset that compels the majority of women to run with the idea that they should support each other in a professional sense because of their common genitalia. Shared genitalia is an extremely poor motivator to pick and choose one’s friends and enemies in a professional sense.

That is because, in general, women absolutely suck in the workplace, which is why women prefer having a male boss to a female one.

The accompanying video is rife with unintentional hilarity. For example, when pondering the question of whether women can be catty and display bitchy behavior, the talking head merely proclaims that “Instead, bitchiness is a byproduct of the modern workplace.” The fact that the modern workplace has been successfully invaded by women and thus as a consequence has become bitchy seems to have escaped the writers responsible for putting words in her mouth.

Another funny tidbit was the following:

“One paper even found that the longer that a woman was in the workforce the less likely she was to want a woman as a boss.”

The narrator says it with a degree of incredulity, somehow failing to understand the message that the more that women work under women then the less they desire to do so due to the inherent awfulness of female bosses.

This reality causes real issues for women who simultaneously attempt to hold the ‘wymens stick together’ ideology that got them their jobs in the first place while working for women who make their lives a living hell.

“At a women’s networking happy hour, I met Abigail, a young financial controller at a consulting company who once caught herself resenting a co-worker for taking six weeks of maternity leave. “I consider myself very pro-woman and feminist,” Abigail said. Nevertheless, she confessed, “if I wasn’t so mindful of my reaction, I could have been like, ‘Maybe we should try to find a way to fire her.’ ”

The above quote is very interesting as the female quoted complains about a colleague while simultaneously wanting to get her fired for partaking of female only privileges. In other words, the women complaining about the bitches will themselves most probably exhibit the same behavior if promoted to a similar position.

If you hire someone based not on merit or ability but on biological sex then the person’s insecurities over her inability to do the job will consume her over time. A woman’s natural defense mechanism for this internal shortcoming is to act the bitch in order to cover and make up for her own weakness.

Does this mean that I am against women in the workforce in high level positions? It may surprise you to discover that I am all for women being in those positions, but only if they are there because of merit and their own hard work rather than as a fortunate recipient of diversity hire and promotion.

Someone who does hire and fire on merit is president Donald Trump. His appointment of Nikki Haley as the US representative to the UN was an inspired choice. Haley is someone who has lifted the role to new heights of effectiveness due to her aptitude and professionalism in the role.

But unfortunately even someone as extraordinarily intelligent and conscientious as Haley still feels on occasion the need to fall back on tired tropes of standing together with her fellow wymens. It seems impossible for women in the modern workplace to be able to escape this enormously destructive ideology, no matter what their own personal histories and circumstances.

Notice when I refer to Haley I refer to her as ‘someone’. I deliberately refuse to classify her as a woman because by doing so I would be doing her a disservice and pigeonholing her by her biological sex. By signing up to the ‘wymens brigade’ women voluntarily do this to themselves even if it is most probably unintentional. They are the seeds of their own demise. Their natures, their biological natures, actively encourage it.

“Joyce Benenson, a psychologist at Emmanuel College, in Boston, thinks women are evolutionarily predestined not to collaborate with women they are not related to. Her research suggests that women and girls are less willing than men and boys to cooperate with lower-status individuals of the same gender; more likely to dissolve same-gender friendships; and more willing to socially exclude one another. She points to a similar pattern in apes. Male chimpanzees groom one another more than females do, and frequently work together to hunt or patrol borders. Female chimps are much less likely to form coalitions, and have even been spotted forcing themselves between a female rival and her mate in the throes of copulation.”

Men don’t go around the workplace identifying themselves as being male. There is no need because they just are, and anyway if they did choose to do so it would not only not give them a comparative advantage, it would render unto them a disadvantage. This is real and actual discrimination, not the fairy make believe that the wymens trot out whenever an internal HR decision doesn’t go their own way.

Males cooperate to further the higher needs of the task to which they are assigned. Women only cooperate insomuch as furthering the upward progress of their own careers. The two biological behaviors are mutually exclusive. There is a place for women in general in the workplace; in roles where they can not do much damage and are a help rather than a hindrance.

The Nikki Haleys of the world get to where they are despite the wymens’ club, not because of it. In that regard there will always be a place for them, as there always has throughout history. Extremely competent women in the past have had to fight that much harder than men to be successful not because men are bad and awful, but because men instinctively understand that it is absolutely crucial to know if they really are the right woman for the job.