An article and video by Matty’s Modern Life on the merits of Civic Nationalism over Ethnic Nationalism has provoked some good debate in the last couple of days.

It has generated responses from Lucas Rosas and Adam Piggott here at The XYZ, along with plenty of comments in the threads, as well as a response from The Australian Nativist Herald, all of which are worth exploring.

If I can do my best to summarise his argument, it goes as such:

I do not need to elaborate on what has been argued by others, but my own position is: 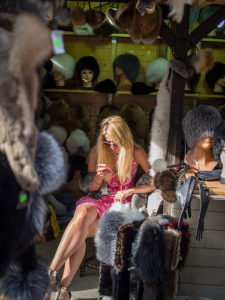 There have been a couple of excellent comments by readers which reinforce these points:

“It is.. disingenuous to lay the blame on women. Women stereotypically conform their philosophies to those of the strongest perceived masculine influence in their lives. Whose fault is it truly if white women have abandoned themselves to degeneracy? Whose fault is it truly if white women are conforming their philosophies to feminist marxism?
There is a truthism that says something like, “there is no point assigning blame to any thing or person you cannot change next time.” If white women are, on average, terrible, then it is only because white men, on average, have encouraged them to be so.”

Win the culture, win the war. On that note, I’ll finish with this far more succinct observation:

“Lots of white women in Poland.”