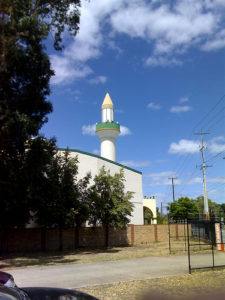 If you’ve been paying attention, you would have noticed the various stories regarding Islam and various instances of child abuse including child marriage, child abduction and prostitution, bacha bazi boys, and female genital mutilation.

Yet Islamic institutions have still managed to avoid the spotlight of the Royal Commission despite openly admitting to what most would consider a significant absence in all things pertaining to child protection structures, policies, and procedures.

In their 2013 statement to the inquiry, the Islamic Council of Victoria (ICV) acknowledged:

With claims like these, one would expect the ICV to be up-front regarding the various steps that have been or need to be taken in order to create a safer environment for children. Yet this is not the case. The ICV however, are quick to blame the problem on a lack of resources:

Quick to hide behind their diversity:

Quick to assume that their revolving door of leadership reduces risk:

And quick to move towards perspectivism:

Interestingly enough, the ICV, openly admits that the culture of Islam leaves no room for the disclosure of abuse:

And as there is no or little room for disclosure, it is understandable why they wouldn’t have any record of child abuse:

Naturally, one would assume that upon receiving such a statement from the ICV, those at the Royal Commission would have been outraged by the lack of child protection systems and the absurd excuses proposed as to why safety measures need not be implemented, and at least made some effort to investigate what was happening behind closed doors in Islamic settings.

Yet despite this, the Royal Commission has still chosen not to include Islamic institutions, nor do they mention anything pertaining to the ‘religion of peace’ in the 228-page exclusive summary of their final report. For some strange reason, Islam remains elusive and untouchable. Even when all the odds are stacked so highly against it.