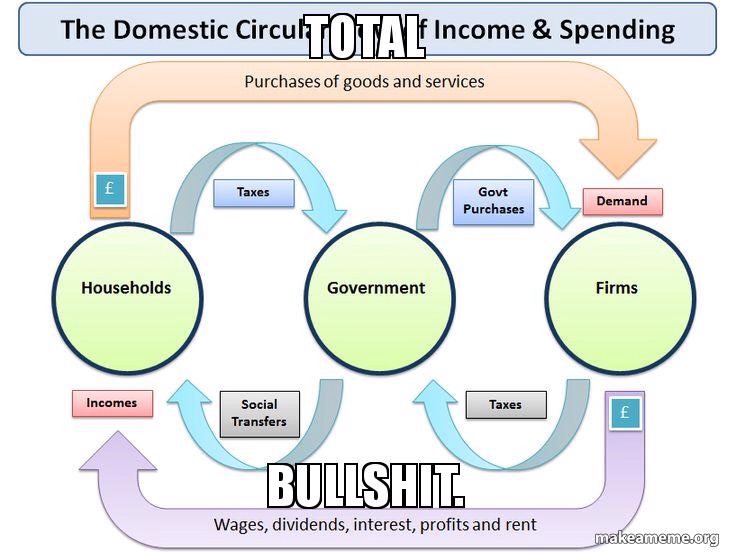 So now the left is all about free trade. After all, if President Trump is against it, they’re for it, and vice versa. Almost like their interest in economics begins and ends with how it can be used to harm White countries…
From the [“B”BC]:

“US President Donald Trump has brushed off concerns that new tariffs the US has imposed on imported washing machines and solar panels will lead to a trade war.

“The announcement of the tariffs – of up to 50% – have prompted outcry from China and South Korea, the primary targets of the measure.
[…]

“South Korea said it would complain to the World Trade Organization (WTO).

“China, the world’s biggest solar panel producer, said the move was an “overreaction” and pledged to “work with other WTO members to resolutely defend its legitimate interests”.

“India’s Prime Minister Narendra Modi spoke against tariffs at the World Economic Forum in Davos in an apparent reference to the US measures, although India’s own finance ministry is planning a 70% tariff on Chinese solar panels.

“Forces of protectionism are raising their heads against globalisation. Their intention is not only to avoid globalisation themselves but they also want to reverse its natural flow,” Mr Modi said.”

So “natural” means “beneficial to one’s own people, and therefore right”? Good to know.

“Samsung, a South Korean company, said consumers in the US would be negatively affected by the measures.

“Everyone will pay more with fewer choices,” a company statement said.

“Mexico said it was “regrettable” that it was not excluded from the tariffs, adding that it would “use all available legal resources in response to the US decision”.

“In the US, the Solar Energy Industries Association, which campaigned against the decision, estimated that 23,000 American jobs would also be lost. It believes the US will not be able to keep up with demand for panels, meaning there will be less work for those producing complementary technology and fittings.”

You get the idea. Big business and foreign governments are whingeing because Trump doesn’t want America to be industrially beholden to foreign countries, to continue financing their development with American consumer spending.

Good on him. Why can’t developed countries like America and Australia produce our own washing machines, phones, and solar panels (not that I’m shilling for “climate change”)?

I get that countries like China and India have a competitive advantage when it comes to providing cheap labour, but this is not a very good explanation of the demise of our auto industry, for example.

Japan and Korea are wealthy nations. They got to be that way by producing cars and electronics and selling them to us. We mine the metals that make their secondary production possible, and they sell the finished products back to us, because we’re too dumb to build a computer. Or something.

Even the BBC admits it:

“Manufacturing companies – Whirlpool, a US-based maker of washing machines, and the solar firms Suniva and Solar World Americas – had complained to the ITC and it found in their favour.

“The ITC said that China had been selling “artificially low-priced” solar components in the US, assisted by state subsidies.

“Mr Trump has talked about taking the action ever since coming to office. In his inauguration speech a year ago he promised to protect US borders from other countries “making our products, stealing our companies and destroying our jobs”.

The question is, why have Western companies and governments been willing to go along with deindustrialisation?

The short answer is that under the current financial system, it’s impossible for the same population to consume what it produces. This is because wages and salaries are component costs of production that need to be recouped at the point of sale — and, of course, the company is not interested in selling at cost! Even if they were, the price of the finished article would still include more than just those costs. There would also be raw materials, plant depreciation, taxes, and financial charges. Plus a bit of profit to feed the “capitalist pigs,” of course!

In short, you can’t purchase the product of A + B (wages and salaries + everything else) with A alone.

Offshoring and currency manipulation are the predictable consequences of a financial system like this, where there’s a chronic lack of purchasing power in the hands of consumers, relative to the collective price-tag of goods produced — or that could be produced.

And in the final analysis, it’s finance capital that calls the shots. 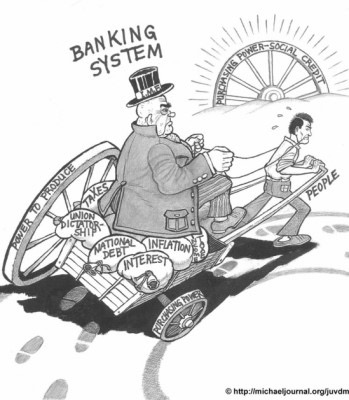 Of course, no one, anywhere in the world, can function in the economy without access to credit, and that is controlled by banks. The idea that investment is financed through savings, in the modern world, is a pure fairy story. It’s not just the central banks that should be blamed for currency manipulation that devalues people’s savings; it’s not just speculators and traders in “financial instruments”; it’s the whole system that has an interest in maintaining the artificial scarcity of credit.

There has been some discussion on this site recently about the idea of a basic income, with the idea being dismissed as “communist.” I have to say, I’m unaware of any communists who ever actually gave the people back the fruits of their own labour, or went up against the interests of finance capital.