A little while ago Matty from MattysModernLife asked me to define the Alt Right. I said I didn’t know, but I attempted to describe people in the Alt Right as having detached themselves so thoroughly from any kind of Cultural Marxist socialisation that they have the ability to think completely outside the confines that have been set for our minds.

Having researched more and having gotten to know a number of people in the Alt Right, I think this description was pretty well on the money. I love the fact that The XYZ has been able to bring together people opposed to the socialist agenda from across the eplitical spectrum. There are things which we are not supposed to think, which we say openly on The XYZ. There are associations between types of people, between types of thinking, which aren’t supposed to work, but here on XYZ, they do, more or less.

In the same way that a strong One Nation Party has the potential to drag the Liberal Party kicking and screaming back to the right, The XYZ has the potential to break open the Overton Window enough that the decisive reversals of policy the Australian government needs to make to avoid fiscal and demographic suicide become reasonable considerations.

I hope that we can help many Australians take all the red pills and detach themselves thoroughly from Cultural Marxist socialisation. It is once that occurs that we realise this:

There is no Overton Window. 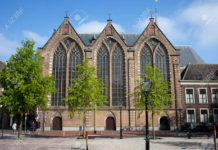 The Church in a secular world