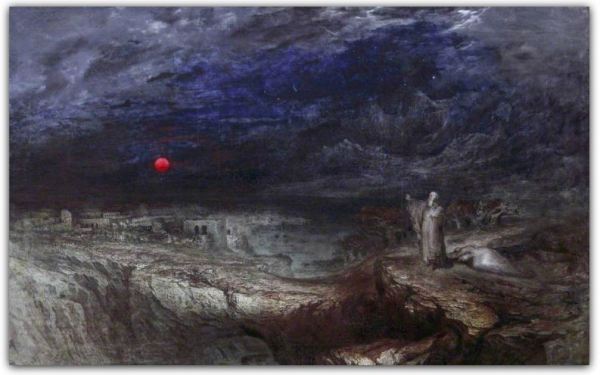 Adam Piggot in a recent article on Christian men and feminism raised some talking points about the current state of the Church. Adam discusses how Christians have backed down in the face of feminism. His major point is that ‘the modern Christian fears’ taking a stand against feminism.

As a result men, women and children have now become its puppets. Men in the Church have a particular responsibility for this. They’ve allowed the feminist conquest of the Church by feminist ideologues who seem hell bent on either running churches and dominating their agenda, or destroying them outright.

The Church universal has struggled to avoid being strangulated by a flood of competing alternatives, that more often than not raise themselves up by putting the Church down. These alternatives need the Church’s sins in order to justify their existence. For example, without the villain of patriarchy, it is difficult for feminism to maintain support for the claim that they are its victim.

Though I consider some of Adam’s points valid, his generalisations ignore the portion of Christian men who don’t easily fit into his assessment on feminism and the church. Not every Christian male has surrendered his faith to this new lord and master.

It’s important to recognise that as long as the Left continue to rampage and manipulate the political agenda to suit their ideological goals, or seek to engineer an unhealthy Christian or conservative response to it, Christians and conservatives have to work harder on how they communicate their responses.

The imperative for this is handed down to Christians and conservatives by William F. Buckley Jnr. In one of his final debates with progressive homosexual and Democrat, Gore Vidal, Buckley was baited into attacking Vidal. After a pre-scripted diatribe about Vietnam, the well prepared Vidal persistently accused Buckley of being nothing but a psuedo-Nazi. Having had enough of the manipulative attacks, Buckley adamantly rejected the accusation, rose out of his chair and threatened to physically attack Vidal. Buckley lost the debate and is said to have lived with the regret of his misstep for the rest of his life.

Christians and conservatives alike have to recognise the manipulative tactics of the Left. Otherwise in any attempt to respond, Christians and conservatives could end up shooting themselves in the foot with the gun the Left hands them. Like Vidal did to Buckley, their smug opponents will look on, smile and state with pride, “see everybody, they are what we told you they were…”

In light of Buckley’s experience Christian men have to be cautious in how they answer feminism. We also understand that any misstep in this process can have catastrophic outcomes for the Gospel and our freedom to faithfully proclaim it. Being careful doesn’t mean fearful. Being careful puts into action Matthew 10:16 and Proverbs 4:23:

“Behold, I am sending you out as sheep in the midst of wolves, so be wise as serpents and innocent as doves,’ and

‘Guard your heart with all vigilance, for from it flows the springs of life.”

Most Christians, and I speak from a theologian’s corner, try to understand the complaint of feminism and respond to it. We can acknowledge the complaints of feminism without surrendering to it, listening for how it can inform us about sin and its corruption of the human heart, in the light of Jesus Christ.

While there is value in listening to the critique of feminism, we don’t have to subscribe to its extreme blueprints for society.

This involves acknowledging and criticising feminism, noting where feminism does and does not provide a corrective that can enhance man and woman’s love for God and each other. It involves exposing the compromise of Christian theology as it is bent and twisted into the service of false prophets, their ideology, their rejection and attempted dethroning of the God who speaks to us through covenant and in Jesus Christ.

When allowed to speak freely Christian theology becomes a necessary critique of feminism.

The clash between Biblical Christianity and feminism takes place when one sinner is elevated over and above the other. Feminism teaches that man is forever the oppressor, woman forever the one man oppresses. In contrast, Biblical Christianity teaches us that sin is pervasive in all of humanity. In other words, it affects both man and woman equally.

Sin is the denial of relationship, the rejection of God’s grace. It is the rejection of relationship and the quest to replace God with humanity, or make gods in their image. Humans become the sole source of morality, ethics, and the determiners of what is good and what is evil. Within this is the will to dominate. The lust for power pervades the human condition, steals from relationships and diminishes fullness of life.

Sin leads us to devour each other. It is a puppeteer that manipulates humanity. Sin enslaves us all to the servitude of its faux lordship; in it we are lost in the abyss of its nothingness. Sin fills the place where God should be. The One, who in Jesus Christ answers our sin, with both His own sacrifice, suffering, mercy and judgement.

Freedom for relationship exists in God’s liberating humanity from sin.

John Machen, in his 1923 book ‘Christianity Vs. Liberalism’ made an attempt to protest the shift towards modern liberalism by the Church. The extremes of modern liberalism are upheld by tea-straining theology through the lens of social justice; of feel-good activism and an ideologically mandated politics, which is quick to damn anyone they’ve collectively deemed as having fallen short of their faux word of god. It’s a revisionism that tries to fit the Bible and Christianity into a neat political box.

These are built on the imperatives of the “social gospel” which has, in some Churches slowly replaced Jesus Christ as the Gospel. The social gospel ultimately bends Christian loyalty towards a political ideology, a faux Christ, faux gospel and therefore a faux god.

In its final form this monster, this faux god, emerges and assumes control over both spheres. Still distinct in identity, both Left and Right worship and conduct themselves under one faux religion. The difference is that one side, through compromise, jettisons the true God for the power it thinks it will gain for having done so; whereas the other side, provoked into pushing back, finds itself slowly becoming exactly what they’ve been accused of being.

The danger of the social gospel was noted by anti-Nazi theologian Dietrich Bonhoeffer, who stated that:

“A lack of obedience to Scripture is characteristic for the teaching of the social gospel.”

The conservative Christian is dragged into this downgrade of the Gospel. Reacting against the temerity of modern liberalism, conservative Christians build their own ideological fortifications in order to protect classical liberal principles and the foundation those are built upon, such as the Judeo-Christian faith. In direct conflict with the faux gospel taught and fought for by modern liberalism, conservatives stand in a state of constant conflict with those on the Left.

I’m cautious of Adam’s conclusions. It’s too easy to say that all Christian men fear feminism, and as a consequence Christian men are solely to blame for the current state of the church. The issue is complex and as I’ve stated above, has multiple factors that need to be acknowledged.

If however, we exclude those who haven’t surrendered their all to the ideology of the day, Adam’s critique of those who over-accommodate feminism through fear of it is spot on.

Feminism as it currently exists is a perpetually angry, false religion, married to the cult of modern liberalism, at the beck and call of all that it demands.

Feminism has become a religion without the revelation of God in Jesus Christ. It is absent of God revealing Himself to humanity; absent of the knowledge about who and what God is, because it lives and asserts itself outside the God who has made Himself known. The God who reveals Himself in man, through woman is denied his masculinity and chained to the watered-down feminist ideal. Misandry has turned Jesus Christ into an effeminate passive servant, far removed from the carpenter who stares down the devil in the wilderness and takes a whip to hypocrites in the temple.

Feminism has become something that seeks to identify women as innocent goddesses and men as vile demons. Evidence for this can be found in the uncontrolled emotional outbursts and reactions to the 2016 election in the United States. The sinless goddess Hilary Clinton lost the election to the demon Donald Trump, or so the tale of woe goes…

“The warfare of the world has entered even into the house of God, and sad indeed is the heart of the man who has come seeking peace.” 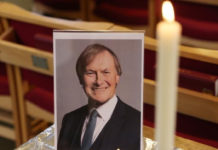