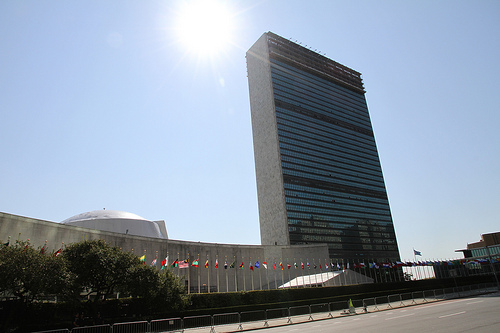 XYZ readers would be aware that Australia has won a three year term at the United Nations Human Rights Commission. This appointment has come with the usual criticism of Australia’s human rights record on refugees from the left, and more sensible criticism of various members of the UNHRC from the right.

What XYZ readers wouldn’t know is that we were on the blower to UNHRC President, Mr Joaquín Alexander Maza Martelli of El Salvador, just this morning, so we had a chance to ask him what factors the commission took into account when granting Australia a seat. His reply below is unedited:

“Australia has been able to achieve a number of outcomes that certain member states have been trying to reach for years. For example, the Chinese delegates were very impressed with the efforts of former Prime Minister Gillard to impose speech suppression in your country, which unfortunately failed due to the undemocratic efforts of so-called “free speech advocates” on the Australian far-right. In the long-term, they believe Australia’s own Human Rights Commission can instil a political landscape similar to that which existed during their own glorious Cultural Revolution.

“The Saudis have been extremely grateful for the Australian government’s efforts to spread and encourage Islam, and believe that the recent census fiasco will help Australia’s Muslim population to remain consistently underestimated for another half decade, at which point it can start to exert serious political power to guide Australian law in a manner more in keeping with Sharia.

“Finally, we believe Australia has made the Venezuelan government look like rank amateurs when it comes to sitting on top of massive energy resources, yet squandering it all through an inept combination of environmental aspirations and socialist regulation, to the point where Australia should experience serious energy shortages this summer.”

Therefore, on a number of points, Australia really does find itself in good company.

Asked what he thought of of Julie Bishop, Martelli told The XYZ:

“We believe she is exactly the sort of person who will fit right in at the UN.”