You’re a young woman, walking down the streets of Amsterdam, enjoying the sunshine whilst attempting to not go run over by a tram as you check your privilege on your latest app. But then suddenly the unthinkable happens – a piercing whistle rings out across the cobblestone street, accompanied by raucous laughter. You glance up from your phone only to witness the terrible sight of a group of men ogling you. Your cheeks burn with shame. Your day is ruined. What to do? Oh the humanities!

But then one young woman set out to do something, and thereby change the world at the same time. And what she revealed was unintentionally hilarious …

From an article titled, “Tired of getting Catcalled, this woman started taking photos with the catcallers; and the results are pretty disturbing.”

Pretty disturbing, eh? Hold on to that thought for a moment.

“There’s nothing that makes a woman’s skin crawl quite like getting catcalled on the street. 20-year-old Amsterdam-based student Noa Jansma, much like the rest of us, was pretty fed up with it, and decided to do something about it. Throughout the month of September, she took a selfie with every single creep who harassed her and uploaded them on Instagram, captioning each one with the words of her abusers.”

She’s so brave. Whenever I see a man emerging from a flooded river cradling a woman and child in his arms I think to myself, that’s just like Noa Jansma in Amsterdam.

“What do the photos say? By juxtaposing the catcallers’ callous, unashamed grins with her own exhausted, painfully familiar expression, Jansma shows the world just how frequent, real, and disturbing these experiences are for women everywhere. She also gains power over them, though, by documenting their actions and putting them on display for the whole world to see.”

Oh the power that she gains!

But what do the photos really say? Not what Bored Panda thinks they say. Not some tosh about empowered woman and nasty men. No, I think that the photos show something else entirely. 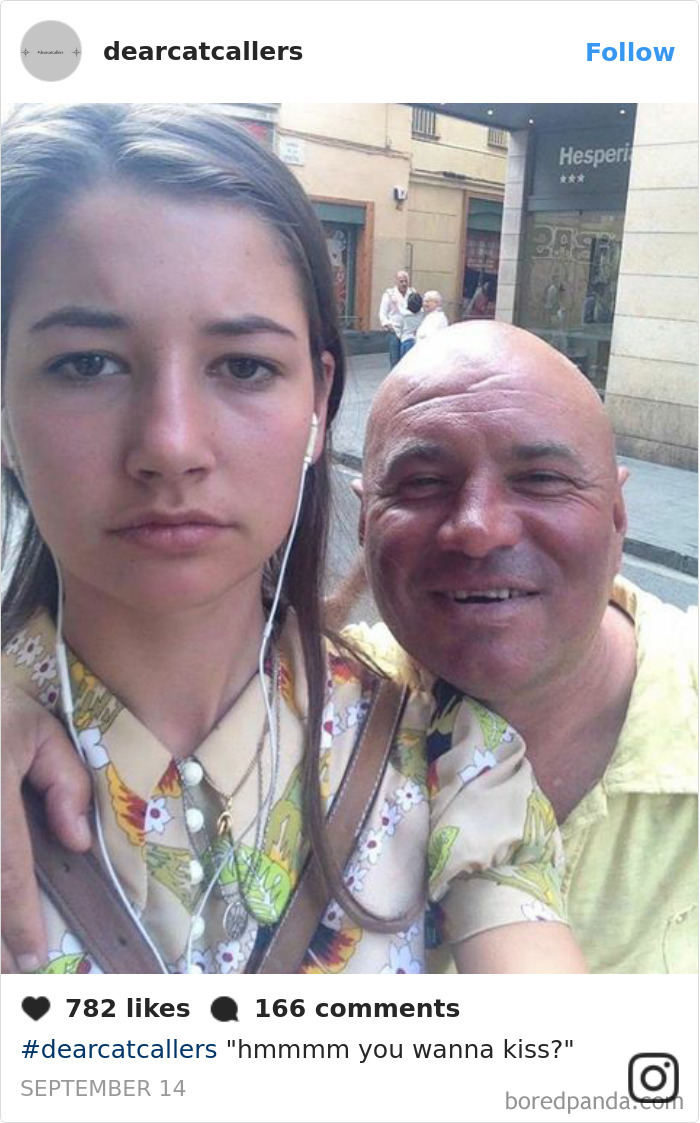 Nice hand placement there. I don’t think he seems contrite. Doesn’t really look Dutch to me either. 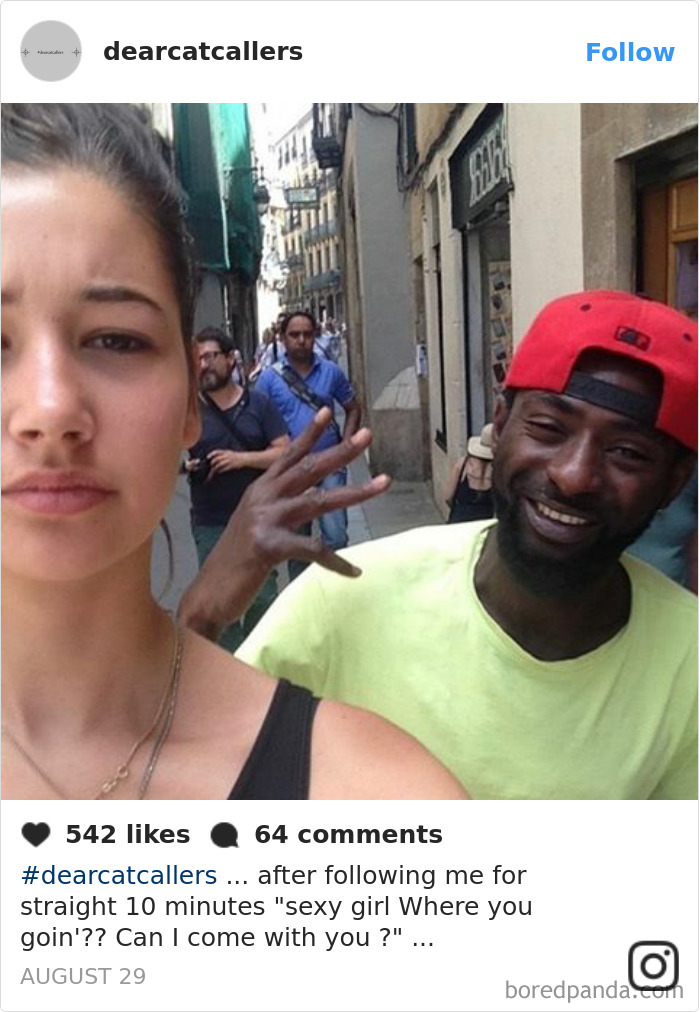 His red hat is a clear fashion faux pas. Also he seems to be of a certain African descent. Keep her moving. 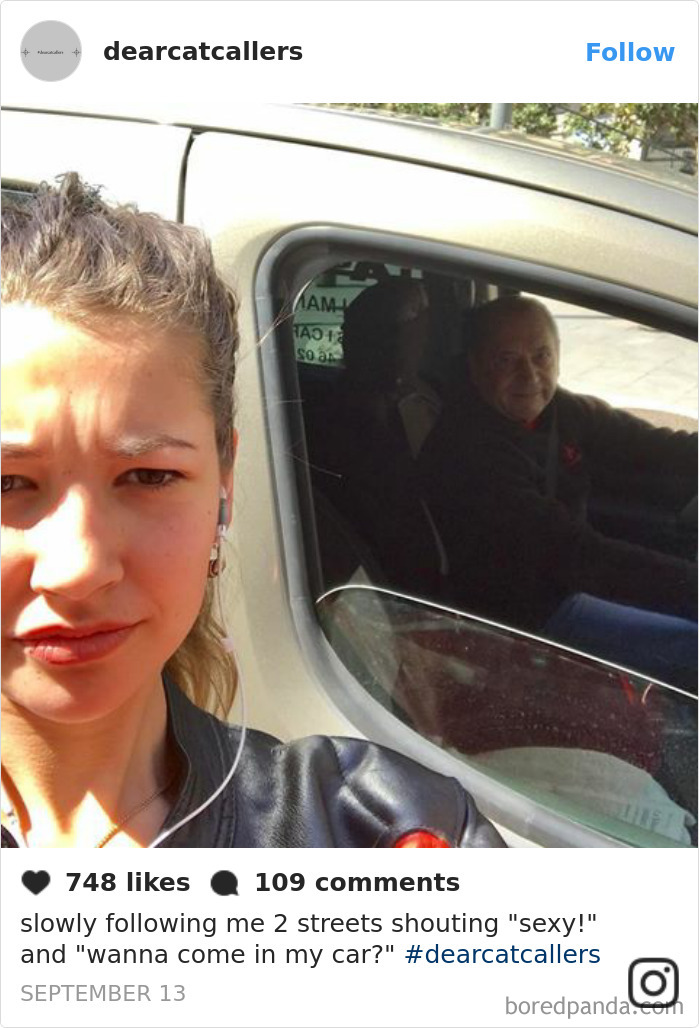 Do you think that after she took this picture she went in his car? To Tunisia? 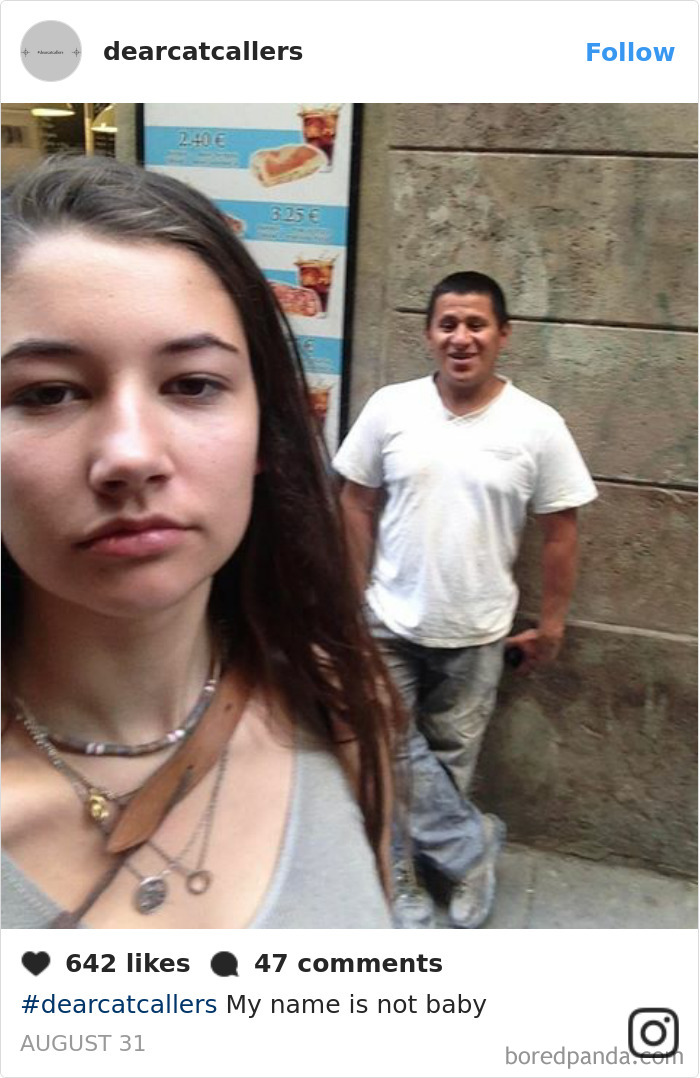 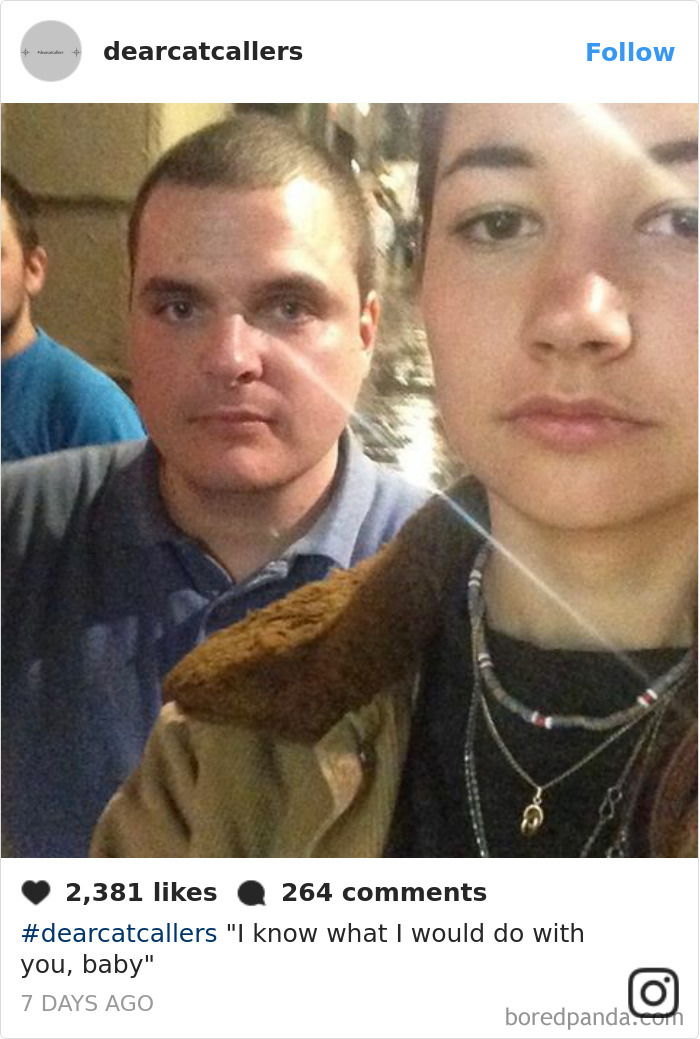 He knows what he would do with her. Let me guess; take her back to Albania? 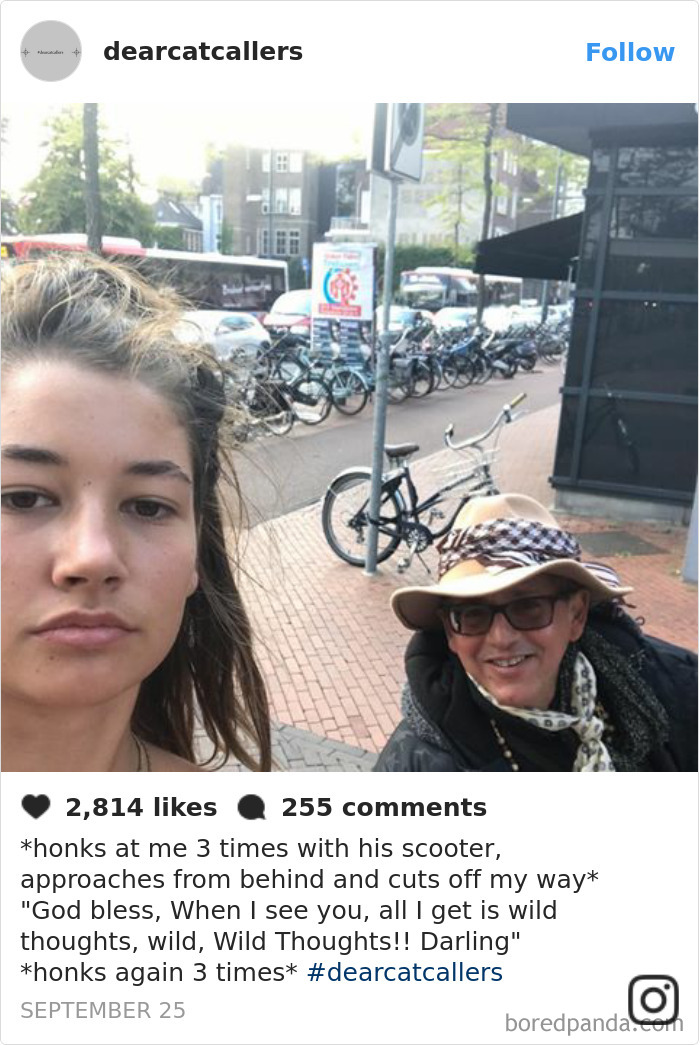 This guy could be Dutch. But it’s a stretch. 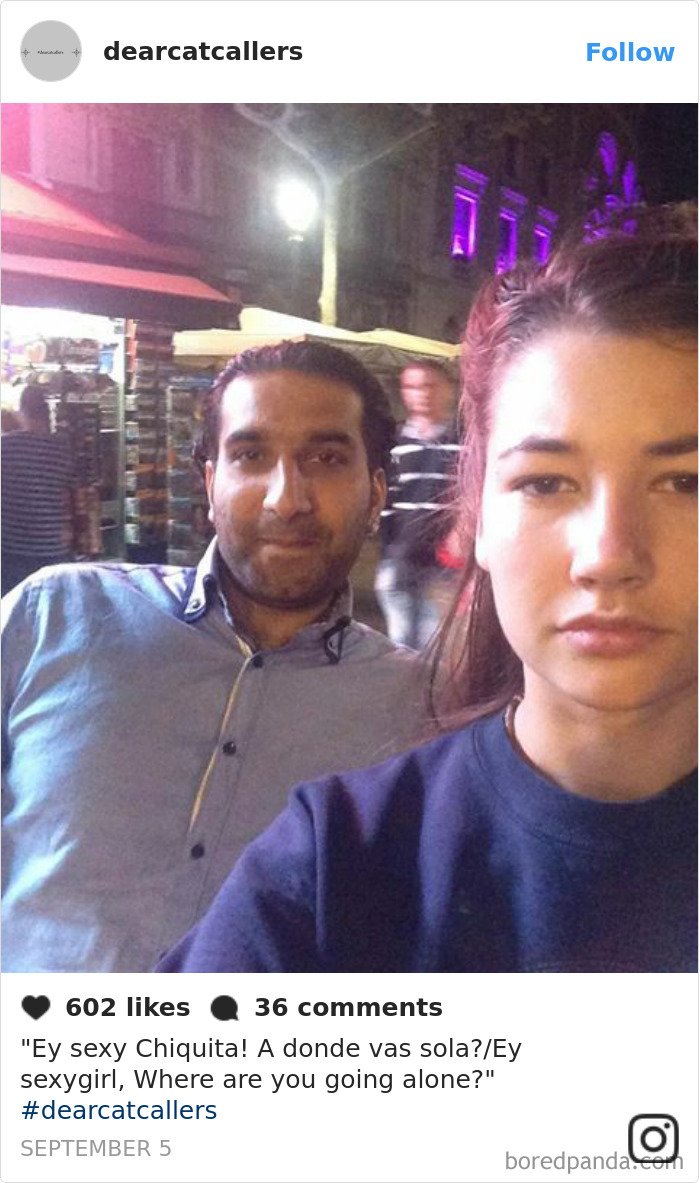 I’ll put my own caption in here – “Hey baby, you got any Moroccan in you? You want some?” 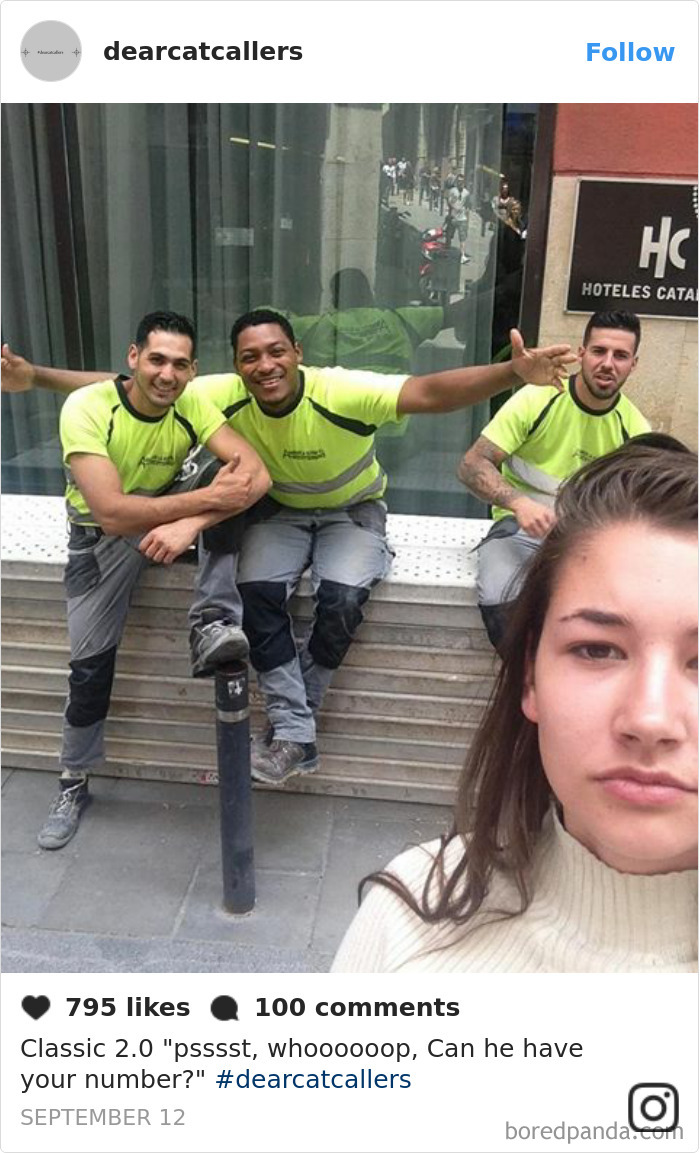 They don’t seem sorry for their horrible actions. Maybe because that sort of thing is perfectly acceptable … in Libya.

Check them out for yourself. But whatever you do, don’t make the connection that they are not Dutch. Because that would be racist. More than that it would be, how should I say this, pretty disturbing. Better to be molested than have that label forever stain your conscience.