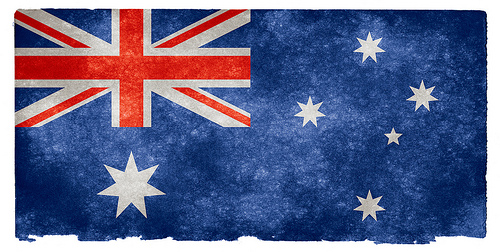 Section 44 of the Australian Constitution is playing havoc with our current parliament, and it doesn’t look like letting up any time soon. So far, seven parliamentarians have been caught out as dual citizens: Matt Canavon, Fiona Nash and Barnaby Joyce of the Nationals; Malcolm Roberts of One Nation; Scott Ludlam and Larissa Waters of the Greens; and now socialist-front Nick Xenophon.

One of the first things which occurs to me is that this is a perfect chance to clear out the Australian parliament and government of politicians whom, between the major parties of the Liberals, Nationals, Labor and the Greens, are responsible for Australia having a national debt quickly approaching a trillion dollars. Political allegiance be damned. Drain the swamp.

However the scandal, the intrigue, allegations of foul play and double standards, the expected lengthy High Court process, and even the excited expectation, bordering on bloodlust, regarding who could be next, are all fluff.

I don’t mean by this that the dual citizenship issue is a distraction. But this fluff is disguising an existential question facing Australia.

It is ironic that the snowballing of this issue has taken the parliament by such surprise, and that it has even led to calls to change the constitution. Surely the question should be:

The fact that it has happened, and the way it has happened, is a red pill moment for the country, because it makes us think clearly about how the country has changed in the last 40 years, and how this change is at odds with how Australia’s founding fathers conceived of what our nation should be. Section 44 exists for a reason; to ensure that for the people who serve Australia in the highest offices, there is no question as to their loyalty to Australia.

It is not enough to swear loyalty. One must be seen to be loyal. Checking to ensure you are not a dual citizen before entering parliament can be seen in the same way a marriage ceremony gives sacred sanction to a relationship between a man and a woman. Once formalised so publicly, there is no question about where each party stands, it reinforces social cohesion by providing stability and predictability for both the couple and the community, and it becomes a really big deal to break that commitment.

Here we are getting closer, in ever closing circles, to the nub of it. So far, all the politicians who have been caught up in the dual citizenship scandal have been white. This is ironic, because the whole point of how Australia has been changed over the last 40 years is that a large proportion of the people who have come to this country have not been white. As “new Australians” like to remind us, they are changing this country whether we like it or not.

It is as though the issue has almost been laughed off, and the referrals to the High Court are a means to find a way around the issue. Of course the dual citizenship law isn’t that big a deal. We’re all Australians. It is a different country to what it was 100 years ago. It is a technicality, not a fundamental, existential question.

So the precedent set now will matter in the very near future. If legal technicalities are used to find a way for politicians caught with dual citizenship to remain in parliament, there will be nothing stopping the tidal wave of dual nationalities sitting in future parliaments. Will they be beholden to the foreign powers with whom they share citizenship? By extension, will they see themselves as representatives of the large migrant communities from foreign powers who reside in Australia, or will they represent, as the phrase goes, “all Australians”?

There is one last aspect to the question which everybody else is too polite to ask. Was not Section 44 of the Australian Constitution a de facto racial clause? The crisis affecting parliament is seen as silly because we have done away with the White Australia Policy. We have moved past that. Anybody can come here and be Australian. Can’t they? But the Australian people were never consulted on ending the White Australia Policy. It was changed, we were told Australia would change, and if one opposed it, one was a nazi.

But aside from the fact that the White Australia Policy did nothing wrong, it also was never really a defined law, rather a combination of regulations. When its architecture was dismantled, the vandals overlooked Section 44. It was a clause designed to ensure Australia’s leaders were drawn from Australian stock, and had fealty to Australia. Now that Australia’s leaders, and potentially its future leaders, come from all over the globe, this clause has caught them out in the most dramatic of fashions.

If we are to remove this clause from the constitution to avoid future embarrassment for future politicians, Australians could belatedly, and by default, be consulted on the demographic future the Cultural Marxists have steered us toward, because we will be forced to confront the question directly.

As usual with referenda, the political, media and academic elite of this country may not like the answer.