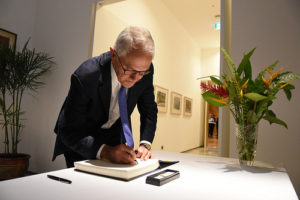 Malcolm Turnbull has been all over the media this weekend after stating:

Giving the reports of unpopularity within the Liberal rank and file this,
claim may be less of a decisive line in the sand and more of a peace
offering to prevent future generation of conservatives burning his
effigy on Tony Abbott’s birthday.

Well, as a self-identifying right-wing blog troll and former member of
the Liberal Party, your author here at XYZ has only this to say to our
country’s 29th Prime Minister.