2. A Halal approach to changing your brake pads.

4. Recognising homophobia in your air conditioning.

5. Differentials, a searing tale of diversity. 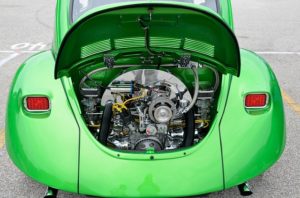 Greetings fellow nonbinaries. Have you ever found yourself in the ludicrous situation whereby you have planned for weeks to get along to the next Trannies Against Climate Change rally and your car won’t start? You even call your non-gendered mode of cis transportation a nonspecific fascist bastard that supports the patriarchy, and it still has the temerity to remain pre-operative? To make matters worse, the tree stump you have been dating for quite some time now, remains rooted to the spot and has absolutely no mechanical knowledge. Well, fear no more as this marvellous mechanical manual will have you up and running in no time; with all due respect to the non-abled who have non-functionary impairments.

There are 4 strokes to the 4-stroke engine cycle. I am sure that in time, progressive capability will find the 5th stroke, just like the 872 genders we now recognise. Just imagine the diversity of strokes just waiting to be discovered, adding to our cultural enrichment in ways that we cannot even conceive of yet. But for now, there are four. Very limiting but that’s the way it is. Damn patriarchy…

Now, all strokes are equal. There is no stroke that does more or less than the other, thus proving that equality is a sound mechanical concept. But it is the diverse number of strokes that give an engine its strength. The strokes are as follows:

Intake: The patriarchal piston plunges down the cylindrical lubricated tunnel, raping the atmosphere and drawing into the engine a charge of fresh clean air.

Compression: After plumbing the depths of the tight-fitting cylinder, the patriarchal phallus thrusts its way back up to the top of the bore, compressing the charge of fresh air, thus forcing it to diminish itself into a smaller but not so safe space.

Power: This is where things get ugly. The phallic thrust of the patriarchy is timed to coincide with an injection of capitalist sourced fossil fuel. And then the unthinkable happens. A high voltage spark ignites the mixture of air and fuel, forcing the fascist anti-feminist back down the deep dark tunnel from whence it came.

Exhaust: Catastrophic Climate Change!!! The fresh clean air that small marsupials and Antifa need to function is ejected as unbreathable hate speech that reeks of homophobia.

Hopefully you have now all the feelings you need to get your emotional automobile up and running in no time at all.

2. A Halal approach to changing your brake pads.

Have you ever wondered what pork and brake pads have to do with Islamophobia…?

To be continued…possibly…but we think you get the picture.