Rollo has a great post up at The Rational Male titled Confidence and the safety net. Ostensibly it’s about how understanding red pill awareness gives a man an emotional and mental safety net if things go bad in his life from a relationship perspective, and these days things can go very bad indeed. 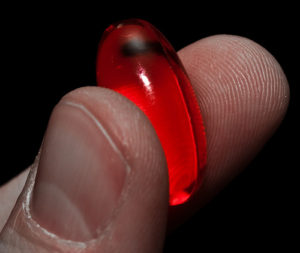 But at the end of the post Rollo asked his readers for some feedback on how the red pill has changed their lives. He was after some testimonies perhaps to put in his new book which is coming out soon. I added my own contribution and then I scrolled back up and began reading what other commenters had written.

It’s well worth your time to take a look, particularly if you don’t really know what this red pill stuff is about. Hint – the documentary that came out that hijacked the name has nothing to do with being red pill. If anything, it is the opposite.

As I said in my comment, I have purchased a number of Rollo’s first book to give as gifts when I feel that the gift will be understood and will make a difference. I have also directed many friends to buy the book themselves. It’s the sort of book where you need to read it once and then walk around for a few weeks as your brain digests all of the mental curve balls that have been thrown its way, and then you read it again. And again.

Some of the testimonies on the article are really eye opening stuff. There are many examples of guys stating outright that Rollo’s red pill perspective has literally saved their lives. Rollo is a great example of how you actually do change the world. You don’t set out to do so, but you show others a new perspective on things that inspires them to make changes in their own lives.

Rollo hasn’t changed anyone’s life. Those people did it all themselves, but it was the groundwork laid by his writings that propelled them to act. Of course, the red pill community is not all about Rollo. There is an enormous Red pill sub on reddit that has been going for some years now. And all of the blogs under the manosphere/red pill heading on my blog roll are required reading.

But Rollo is the starting point. His first book is quite literally the ground zero for all things red pill. It is so essential that any man who refuses to read it is effectively stating that he’d be fine sleeping with a hooker in the most AIDS-ridden hellhole in Africa without a condom. Or he’s gay. Or maybe both?

Go read the comments on that thread and do not think that you are somehow above all of this. Every guy that I know who got wiped off the face of the earth by a divorce has always said the same thing to me:

“I never saw it coming. I never thought it would happen to me.”

Don’t be that guy. You’re not special, you’re just being lazy. Get the book, and read the fucking thing. It might not save your life but it will propel you to improve it. And maybe that’s the same thing. 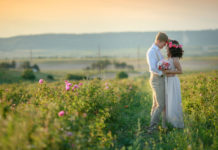 The rejection of MGTOW