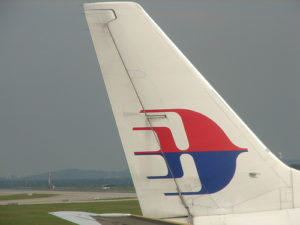 Last week a passenger on a flight out of Melbourne attempted to break into the cockpit of the plane while claiming that he had a bomb. He was chased around the plane by other passengers who apparently proceeded to then give him a mighty good thrashing, after which he was forcibly restrained and stuffed on the floor beneath their feet on a middle row seat.

The plane immediately turned back towards Melbourne airport where it safely landed. And this is where things got interesting. Police took a full 90 minutes to board the plane, leaving the passengers, crew, and would-be terrorist sitting on the tarmac inside the aircraft with a potential bomb on board into the bargain.

When challenged by the media as to the length of time it took police to get their shit together, Victorian police commissioner Graham “Fatty” Ashton fiercely defended the police response while adding that he understood that in such a situation that minutes could feel like hours.

But considering the fact that everyone concerned had to sit on the plane for an hour and a half, perhaps Fatty would have been more accurate to state that in such a situation hours can feel like days.

The reason for the lengthy delay in police storming the plane is entirely due to the feminization of the police forces in this country. But the police are not unique in submitting to the great feminist orthodoxy. The military, fire services, and just about every public service organisation, together with many private bodies as well, have all been infected with the same rot.

Men and women are different. How about that? Of course the progressive shitlibs will attempt to claim the opposite, which is hilarious; one minute they’re all “I fucking love science” when it comes to the awful global warming, but the next they’re deriding the existence of basic high school biology.

In a nutshell, men are outcome focused while women are process focused. Men just want to get the job done and they will rely on experience and leadership to see them through. Often they will tweak it as they go along, and usually at the end there will be a bit of a debrief where lessons can be learned by how things went.

When I used to teach courses such as Confined Space Rescue I would always take a moment to remind the men on my course how important is the debriefing stage. It is all too easy after having attempted a failed real life rescue for the individual team members to beat themselves up in an emotional sense. But the key point is that after any real scenario the experience level of each team member will have increased. What they are beating themselves up against is their post-event experience level, whereas it was their pre-event experience level that is key to approaching how things turned out.

Thus I was very careful to make sure that participants understood to always evaluate their performance based on what they knew prior to going into the situation.

This is how men operate and this is how men progress and learn. It doesn’t always work out for the best but in military or security situations it is the far superior approach.

Women, on the other hand, are process orientated. They are not so much interested in the result as they are interested in making sure that every box has been ticked along the way. If that means that the plane blows up because they haven’t finished ticking their boxes then that is just an unfortunate event that couldn’t have been avoided. In their defense they will point to their strict adherence to the appropriate action plan.

Keep in mind that I am talking about the two sexes in general. I have met men who are process orientated like women, and where you usually want them is somewhere in the rear making sure that all of the supplies have been delivered. I have also met women who are outcome focused and they are usually really good in bed.

What happened on the tarmac at Melbourne airport was a classic example of a process driven approach to the situation.

“We know we had one person who had been restrained by passengers and crew, but what we don’t know is who potentially else may have been involved, are there other devices on the plane, is there any threat around detonation, or electronic detonation.

“These are the sort of risks you’ve then got to way up.”

Mr Ashton said the 90 minutes it took for police to board the plane was “not a long amount of time in dealing with that amount of risk.”

This is a classic example of a justification of just such a process driven approach. There was no way for the police to ascertain if there were any other devices on the plane without going onto the plane itself. What they were involved in doing was ticking all the boxes so that if something did go wrong then they would have all succeeded in covering their own butts. That they have to make this approach is indicative of how the courts and workplace health and safety officials investigate incidents that do go pear-shaped.

In other words, the feminization of our workplace exists at all levels. It is a disaster, which would be the case if the workforce was completely masculinized as well. What is needed is a balance between the two approaches. But some workplaces require a heavier slant towards a masculine approach, and the police force is one of those workplaces. Other workplaces require a process driven approach, such as hospitals and libraries which is why nurses and librarians are traditionally women.

From what I have read and what I have been told by former and serving members of the Australian Defense Force, our military has been almost completely feminized as well. Heaven help us if we ever have to fight a war against trained, committed, and outcome focused opponents.