Last week I wrote about how workplaces in Anglo-Saxon nations have become completely feminized. Now comes the news that the world’s most successful current start-up is about to feel the wrath of not getting with the program.

Uber culture ‘out of control’. 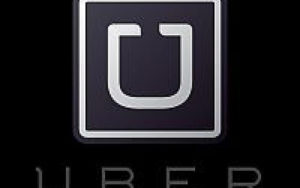 “It’s clear from former US attorney-general Eric Holder’s recommendations on how to fix Uber’s dysfunctional management that the male-dominated company grew huge without even the most basic procedures to prevent sexual harassment, bullying and other bad behaviour.”

Of course, the reason that Uber grew so huge so fast is because it did not kowtow to the usual PC platitudes, thus giving it a massive advantage over other businesses. This is because Uber is, or at least was, an outcome-focused company operating in a morass of process focused competitors. To be outcome-focused you need to hire men. But not just any men; you need guys who want to be masters of the universe.

But the party is over for Uber. Some pissant female ex-employee wrote a blog post containing a bunch of unverified accusations and all hell broke loose. In other words, the leaders of the company blinked and brought in a professional dindu in the form of Eric Holder. His company came up with a bunch of SJW-inspired recommendations which the Uber board has unanimously accepted. It is an astounding fall from grace for company CEO and co-founder Travis Kalanick.

“The recommendations, adopted unanimously by Uber’s board, show clearly that the next version of Uber, called 2.0 by CEO co-founder Travis Kalanick, will have to be much different from the freewheeling company that flouted regulations and disrupted the taxi business to become the world’s largest ride-hailing company.

The lesson that once again bears repeating is to never make a single concession to shitlib progressive SJW entryists. Once you do it’s all over. Every single time.

My favorite part of the story is this:

“Mr Holder also suggests that Uber change its written cultural values to promote positive behaviour, inclusion and collaboration. The company should eliminate values that justified poor behaviour, such as “Always Be Hustlin’,” “Meritocracy and Toe-Stepping” and “Principled Confrontation.”

Get that? Values that make a company successful are not acceptable in any form. Meritocracy? You must be out of your mind! That’s not inclusive!

These people will destroy anything they get their hands on, no matter how big, no matter how successful, and at any stage of its development. It’s just a real pity that Uber never issued any stock as it would be absolutely beautiful to short right now.

What is happening to Uber is a really in-your-face example of when companies fall foul of the prevailing feminist orthodoxy. But a more interesting example of our modern workplaces at work is the case of the tower block that was engulfed by fire yesterday in London, killing twelve people. Tim Newman has done a great job tracking down the company responsible as well as other pertinent facts. The company in question is KCTMO which manages over 10,000 properties on behalf of two local councils.

It transpires that residents had complained in a blog post as recently as December 2016 that the building was an enormous fire risk waiting to happen. Amongst other things they accused KCTMO of being evil and unprincipled.

“We believe that the KCTMO are an evil, unprincipled, mini-mafia who have no business to be charged with the responsibility of looking after the every day management of large scale social housing estates and that their sordid collusion with the RBKC Council is a recipe for a future major disaster.”

Here is a photo of the KCTMO board.

I seriously doubt that the board is either evil or unprincipled. On the contrary, they are in fact an excellent example of what passes for leadership in the modern feminized workplace. As Tim Newman notes, these are people for whom the process is everything and the outcome is immaterial. But Tim then goes on to complain that they are incompetent.

They are not incompetent at all. I have no doubt that they are highly competent for what they are – a board in a feminized workplace where the process is highly valued above all else. It’s no use complaining that they are incompetent. You may as well complain that you can’t breathe underwater. This lot are what passes for management these days. You can get rid of the lot of them if you want but their replacements will be exactly the same, every single time.

It is inconceivable that they were not aware of the blog post calling their management practices into question. They most probably agonized over it with a series of endless meetings where they danced around countless matters of non-importance while doing their very best to avoid at all costs any core issues that would have driven them towards making firm decisions related to anything even approaching an outcome.

Right now, I kid you not, this board will be sitting in a meeting where they will be congratulating themselves on having done everything that they could, and they will do so with a clear conscience because they will be telling the literal truth.

The question is how companies are able to do this and remain solvent. It’s simple – governments spending taxpayer’s money. This company is managing 10,000 government properties. They will be milking it for every cent they can. Back in 2008 all of these countries should have had a massive recession that would have cleared out all of the dead wood like a river flooding in an annual purification. Instead governments everywhere spent as much taxpayer money as they could in order to prop up their non-performing economies so that useless companies that supposedly can’t be allowed to fail were in fact not allowed to fail.

Tim Newman often writes at his frustrations at working in the corporate world, but he is an outcome focused individual in a process focused game. Look to Uber for an example of what can be achieved in this environment by a bunch of ratbags who for a brief time jettisoned the PC culture for a style more reminiscent of Mad Men.

There’s gold in them there hills, boys. You’ve just got to know how to dig. And don’t leave the door open for the PC shitlib robbers to get in.