A very interesting post from the great heartiste where he examines the demographic breakdown of voters in the recent US election.

“Audacious E and Steve Sailer stress that the real dividing line is, and continues to be, marrieds versus unmarrieds rather than women versus men. I wonder though if AE & SS haven’t missed what I consider the most telling demographic Trump vote share revelation. As anonymous over at Sailer’s comments,
Which of these things is not like the others?

Roissy goes on to say,

“Single White women have politically (and even socially and sexually) morphed into nonWhites, seeing the government as a substitute beta male provider who doesn’t demand much in return (sex) and lets them slut it up with sexy cads.

“So it’s more accurate to say the real dividing line in American politics, at least among Whites, is single White women versus all other Whites.”

There are two takeaways here, but before all of that I want to say that this does not surprise me in the least. The women’s march and the hilariously ineffective women’s strike were both massive confirmations of this female angst manifesting itself in public rage where their best effort was to wear pink vagina hats. They are literally deranged, and the reason for that is because their future is unsafe. As they have no man to look after them they are desperate for a substitute, and Hillary was going to be their ultimate surrogate daddy. 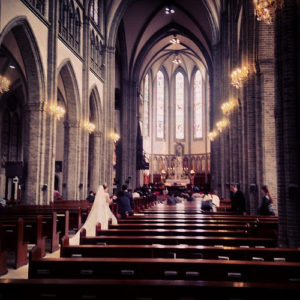 The first takeaway from this is that marriage has the capacity to heal these types of broken women. It provides them with the feeling of security for an uncertain future that they so desperately need. But this is based on the proviso that they marry a man who is red pilled. The underlying reason for the high divorce rate is the fact that men have become weak and soft. They do not keep their wives in line, which is a woman’s overriding desire. This is mirrored in the fact that women initiate more than 70% of divorces. Their good beta husbands “never saw it coming” every damn time. I mean, how often have we heard that phrase from a beta male whose wife has just yanked out the carpet from under his feet?

Women claim that they want a man in touch with his feelings – inexperienced or loser men believe this fallacy in the hope it will get them laid – these men finally marry a woman post-wall – they divorce a few years later even though it is completely irrational for the woman to do so based on her age and her chances to remarry. Rinse and repeat.

Male activists love to claim not only that the system is broken and stacked against them, (true that), but that women are bad and that they are poor men who had no chance at all. These guys have got that the wrong way around – they never had a chance due to the fact that they are poor men. Women aren’t bad – women are simply women. They are going to behave erratically and illogically if they are not provided with a safe haven from the ills of the world. And a safe haven is not physical – it is based on the strength that a husband shows his wife.

The benefits of this are not confined to the marital bed. It seeps out into the wider community, because the family is the building block of our culture and the family is the most vital element of all. Look at those statistics of married white women voting for Trump as opposed to single white women. If every husband was red pilled then those votes would be locked in at 100%. The married women that did not vote for Trump are future recipients of the “I just got divorced” award.

The future for men is clear. First you need to get red pilled. Nothing good can come of your life before that happens. Then you need to find a woman that is not irreversibly broken and marry her. And then you need to provide her with the comfort and security that she craves so that she can become red pilled as well. There is then another step but that is my second takeaway from these stats which I will write about tomorrow.

One more thing. If you are married and your wife is still a leftie then that is a clear sign that you are not red pilled and that you have thus far failed in your duties as a husband. Time to do something about it.

This article was originally published at https://pushingrubberdownhill.com/ where Adam Piggott writes regularly and brilliantly.Photo by IchStyle