If you want the clearest answer to why women’s liberation is a bad idea then just stop by the solipsistic train wreck that is feminism. Third wave feminism is what happens when you don’t keep women in line. We can only hope that in the future it will be studied (in real and recovered institutions of higher learning), as a core example in a philosophy class populated entirely by young men.

Feminism is simply women without limits, and like dogs and children, if you do not prescribe limits on women they will become extremely unhappy. They push the limits precisely because they are searching for the boundaries within which they can happily dwell, freed from the tormented demons that run amok in their pretty and convoluted heads. 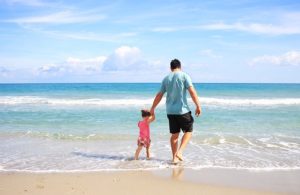 Yesterday I wrote about how red-pill-aware men need to marry women to save them from themselves, and thus by extension save our culture and civilization. But there is another takeaway from yesterday’s data that I want to discuss and that is what to do as a husband and a father if you have daughters. When you marry a woman, you are receiving a baton from her father. Up to the point of marriage, it is he who should have guided her and kept her in line. The wedding ceremony is the moment when that burden officially becomes your own. Which is probably why fathers of the bride are so happy to stump up for the wedding in the first place.

There is a circular pattern to this as he is merely repeating what he himself did with his own wife and father-in-law many years previously. And so it goes. But today we have multitudes of young women who are nothing short of deranged. Do you think for a moment that Jessica Valenti’s father is proud of the daughter he has let loose upon the world?

“Her husband’s duty is to serve as a scapegoat for Jessica Valenti’s feminist rage, in the same way that Republicans serve as her scapegoats.”

We need to examine what exactly is the source of her rage and other women like her. Something went wrong with young Jessica many moons ago, and while I am unaware of her personal circumstances, I feel confident to lay the blame for her torment directly at the feet of her father.

If you have daughters and they currently sport blue hair and other trappings of the feminist manifesto, then that is a clear sign that somewhere along the line you have severely f—ed things up. From Heartiste’s post that I quoted yesterday:

“I have heard more than one single White woman gripe about how her mom or dad or both voted for Trump and she just couldn’t understand what they were thinking.

“I can tell her what her parents were thinking about: the future. Single White women have apparently forgotten what the future of their homeland should resemble, or that a future even exists.”

I beg to disagree. If her parents were indeed thinking about the future, then they would have ensured that they had brought up their daughter to view the world in the same manner, because like it or not, the daughter is the future.

How enjoyable are your family gatherings? Are your children pleasant to talk to and informed and honest about the ways of the world? Or do they instead lambast you for being racist, or sexist, or any of the other epithets with which they rush to ascribe to those who prefer not to live in a world of lies?

It is not enough to marry a woman and keep her on the straight and narrow. You have to bring up your own children in the same manner, and part of the way that you achieve this is by using your own relationship with their mother as a fine example. You would not support your daughters’ idiotic and self-defeating decisions if you were strong enough to do the same with your own wife.

This is why the family unit is so crucial. The sins of the father get passed down to the son-in-law. A screwed-up and unhappy woman like Jessica Valenti will marry a man who will try to save her by his own servitude. It happens every single time.

“My husband is lovely. He is a feminist. . . .
He tells me to leave the cups on the counter and the socks on the floor. He’ll get to them eventually. But I can’t. I don’t believe him. And I can’t write in a house where something is wrong.”

The cups on the counter is not what’s wrong here. It is much more fundamental than that. It is her marriage to a man who will not keep her in line that is the problem. And she was attracted to that man in the first place because he replicates her father. She seeks to undo the damage that she does to herself but all she can achieve is a borderline trip to insanity and a future lifelong devotion to cats.

It is her own father’s weakness that is the core issue. As a red-pill-aware man, your responsibilities are many. Getting married to her is only the beginning. When your daughters reach adulthood, you need to have equipped them with the awareness and skills that will enable them to choose a suitable husband. So that they may continue your good work.

It only takes one link to break the chain.