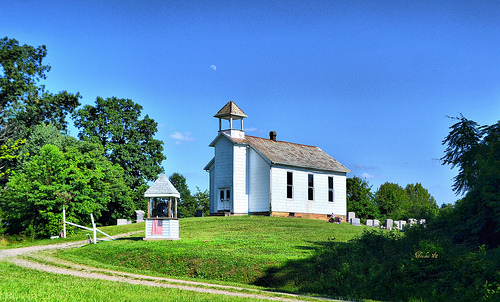 The audacity of an embittered, clearly partisan, and unscrupulous CNN reached dizzying new heights today as they clearly telegraphed that secretary Betsy DeVos is a racist in favour of segregation. And what evidence is given by columnist Felicia Wong? She writes that DeVos’ experience is ‘almost exclusively with private, religious schools: She and her children have only ever attended Christian schools, and she and her husband have donated almost $8.6 million in recent years to Christian schooling organizations’.

That’s it. That’s her entire case. Usually the evidence given for these kind of allegations is tenuous at best. Perhaps someone said something off-colour two decades ago, or committed the heinous crime of noticing a clear trend before making a generalised statement. Rather minor thought crimes of course, but enough to warrant some obligatory virtue signalling from the left as part of their pseudo-theology.

But this breaks new ground for CNN. This isn’t one of those grey areas where they can make enough of a case that the reporter making the accusation is only being about 49% misleading and slanderous. Felicia Wong’s implication is that by mere virtue of her Christian faith, Betsy DeVos is a proponent of… wait for it, segregating black and white classrooms.

Now I know that some of you have issues with Christianity. But if someone asked you what those issues are, what would be the most ridiculous and baseless accusation you could come up with? I’d go with racism. We’re constantly reminded (usually by the left) that Christianity pillaged the earth CONVERTING all of the other ethnicities. In the United States, African Americans are overwhelmingly more likely to be Christian than ‘all of the white people’. Facts like these discredit Felicia Wong’s serious allegations in roughly a nanosecond.

“But I’m not talking about white people who aren’t practising!” I hear progressives cry. “What about evangelicals and fundamentalists? They’re like… totally racist!”. Umm… not quite. Have you ever met any of the people that those on the left disparagingly describe as ‘happy clappy’? I have. They rarely spend their vacation time hiking in beautiful locales in search of inner tranquility. You’ll more likely find them volunteering in dangerous third world countries, toiling in hospitals, digging wells, and restoring sanitation for the most genuinely underprivileged and conspicuously non-white people on the planet.

Felicia Wong subconsciously exposes her own racial preconceptions when she trots out the old progressive fallacy that is ‘white flight’. This ludicrous concept suggests that people don’t choose not to live in certain low socioeconomic areas due to a lack of work, stagnant or decreasing property values, high crime rates, or a wish to better their quality of life, but because of an unwillingness to live in close proximity to black or brown people.

Felicia Wong fails to recognise the bigotry in wrongfully assuming that all of the horrible areas that economically fortunate whites are fleeing are predominantly black. There’s no shortage of less desirable, predominantly white communities in the United States and around the world. You’re just as unlikely to find a wealthy white person living in Mt Druitt as you are in South Central L.A. And the concept of picking up and leaving for greener pastures is a luxury that poor whites living hand-to-mouth are deprived of just like poverty-stricken members of any other race.

The ‘white flight’ theory that Felicia Wong espouses never addresses the fact that financially secure blacks (especially celebrities) actively avoid living in what she believes to be predominantly black neighbourhoods. Nor does she as President and CEO of the Roosevelt Institute explain the distinction between herself and her similarly comfortable Caucasian ‘white flight’ neighbours, and why she apparently feels more at home in a gentrified neighbourhood than she would be living in one of America’s poorest neighbourhoods.

Even CNN realises that the opinion on its website is dubious with a disclaimer that reads ‘the views in this commentary are her own’. This is an editorial technique that more unscrupulous media outlets use to spread disinformation. It allows them to freely cause collateral damage to the subject of the false hit piece while still allowing the wriggle room to completely disown the article and contributor if they are called out on it.

Even though XYZ is an opinion-based news source, our editors take full responsibility for everything they publish. You won’t see such a blatant caveat allowing our editors to jettison a published article or opinion as if it never existed. Occasionally you’ll see an editor’s note to the effect of ‘and here’s a different opinion’ when two contributors have a different take on the same subject, but you’ll never see a, ‘Wait, don’t blame us. We didn’t say it. They did,’ (as we saw from CNN after Watersportsgate) editors’ note here absolving XYZ from all involvement.

Indicating that Betsy DeVos is somehow a Jim Crow era character merely because of her Christian beliefs and her Christian education is outrageous to say the least. The fact that this opinion piece was published on CNN is still more evidence that mainstream media has no right to take any kind of moral, ethical, or factual high ground over even the most questionable examples of alternative media. The trusting relationship between a news-hungry public looking for factual reporting and CNN became untenable the moment this article went online.

It’s our duty as citizen journalists to expose examples of genuine fake news being peddled as mainstream media with integrity, particularly when the example is as heinous as this one from CNN. Please stay vigilant and call them as you see them.